"You Guys Are The Biggest Criminals" Says A Black Man To White Cops Trying To Harass Black People.

Something I've come to understand about this life is that, when you don't know your rights, some people are bound to take advantage of you, cheat you out of what's rightfully yours. Another thing I've come to understand also is that, life would never give up freely what belongs to you, until you make a demand of it. Many people are in prison today, for crimes they didn't commit simply because they don't understand or know their rights. A black man gets cheated again and again, simply because he failed to look thoroughly in the books and read, in other to be able to defend himself. The black people needs to wake and smell the coffee, like the old adage says, enough of complaints.

A black American man took time to school some white cops, who came to a black community and tries to harass, intimate and malign blacks for crimes they didn't commit in America. The man's name is Nickolas Freeman, from Florida in the United States of America

He challenged police officers who came to his neighborhood and trying to break into the houses of some black people, he claimed the man was obstructing his investigation against criminals but the man refuted his claim, that he's just doing his job within his rights and has not obstructed any investigations, the officer he had talks with is Sgt. S. Dameron The Sargent came to the neighborhood with his fellow colleagues and began stopping vehicles, was making his way to a house across the road, then Mr. Nickolas Freeman called him out, that they're not home, the officer came back and was about harassing him but Freeman knowing his rights, voiced out against their act, the officer, demanded to know who he is and asked for his identity card, which he bluntly told him, that he has no right asking him for his details as he's not under any investigations 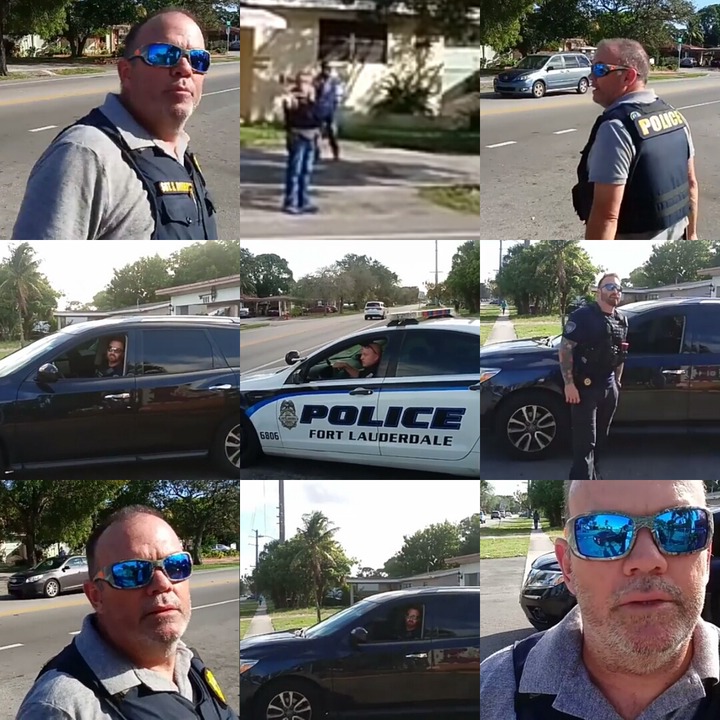 The police officer, on hearing all he said tried touching him and he yell at him not to violate his rights, instead the officer pushed him, a colleague of the officer who witnessed what happened, pretended as if he didn't see and Mr. Freeman turned to the officer You stood there and did nothing when your colleague tried to violate my rights, as he was talking the above white man entered the black SUV they came with and said to him you were obstructing us but he refute and said I wasn't obstructing anything, Mr. Freeman said to him you guys are the biggest criminals in town, you harass, you extort, you brutalize and violates the rights of the public. The officer on the other hand says they're keeping the city safe, he replied and said to him, you keep nothing safe.

The officers couldn't handle his challenge, so they all drop out of the place 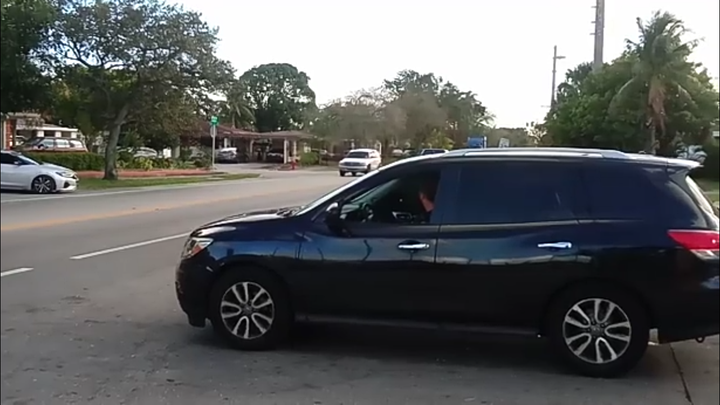 Do you think the black man schooled them well?