By Aloysiusdubem (self media writer) | 1 year ago 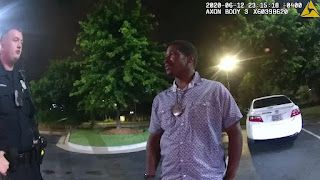 Scene Of The Incident Wendy Restaurant

A 27-year African-American has been shot dead by police officers on Friday last week.

Rayshard Brooks, 27, met his end while trying to dogde police officers in a restaurant car park, who fatally shot him.

The action by the officers has sparked protests across the city. Following the incident, the city's police chief resigned and the officer involved in the killing has been fired. 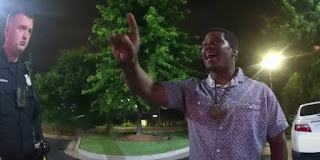 Mr. Brooks And The Officers Having A Confrontation Before Fatally Shot

This is just weeks after a Blackman, George Floyd was murdered by the police. The killing has since set off a wave of protests in most or all cities of the US.

The protest against racism and police brutality continue to ring louder and louder, from the moment it was prompted by the killing of George Floyd. No doubt the killing of Rayshard Brooks will inflame it more.

Details Of The Incident

Rayshard Brooks killing happened late last Friday night. According to the The Georgia Bureau of Investigations (GBI), the police officers were notified because Mr Brook had fallen asleep in his car which was blocking the drive-through lane of Wendy fast food restaurant. 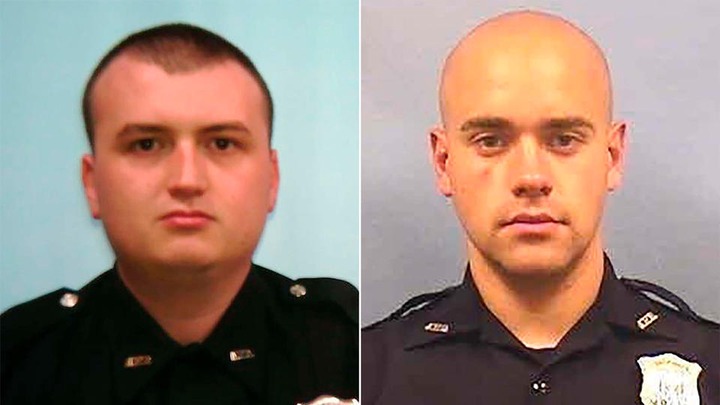 According to a Body camera footage released by the police department, the officers upon arrival conducted sobriety test and then a breathalyser test on Mr Brooks with his permission.

Then the officers proceeded to cuff Mr Brooks, at which point their body cams fell off as they struggled with Mr Brooks.

Mr Brooks then broke free from the officers and grabbed one of their tasers, and ran off. He stopped briefly, pointed the taser at the officers, then continued his run and was then shot by one of the officers.

Mr Brooks was taken to the hospital but wouldn't survive as he died later.

General Reactions To The Incident 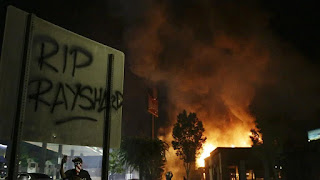 Wendy Fast-Food Restaurant Was Set On Fire By Protesters

Protest were held at the point where the incident occurred. The restaurant was set ablaze. The police used tear gas on the protesters.

Lawyers representing the Brooks' family said it was wrong for the officers to have implemented the use of lethal force, since the weapon Mr Brooks wielded was a non-lethal one.

"You can't shoot somebody unless they are pointing a gun at you," one of the attorneys Chris Stewart said.

Another reaction worthy of note came from Representative James Clyburn, a South Carolina Democrat who is House majority whip, who spoke to CNN on Sunday. He said . "This did not call for lethal force and I don't know what's in the culture that would make this guy do that."

The officer who shot Brooks has been identified as Garrett Rolfe, 27. He has been in the police force for seven years.

Mr Brooks' death happens to be the 48th "officer-involved shooting" Georgia Bureau of Investigation has investigated this year, according to ABC News. 15 of the shootings turned out to be fatal.

Impact Of Recent Police Killings On The Country 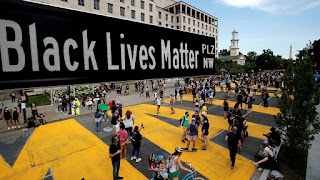 Since George Floyd's death the US has been boiling with wave after waves of protest against racial discrimination and brutality on the part of the police. George Floyd's killing was condemned by many including leaders and authorities.

Floyd's death has also prompted the call by the public for a reform of the police.

In Minneapolis, the city council has made a move to replace its police department with a community-led public safety system, with a resolution passed on Friday.

The council stated it would engage in a year-long process of collaborating with "with every willing community member in Minneapolis" to procure a new public safety model.

Authorities of other US States and cities are also reacting to the situations to carry out the required reformation and changes.

The upsurging protests are unlikely to end anytime in the near future.

Few moments in her history has the attention of the US has been called to the issue of racism as it has been now.

There is none that shouldn't be in appreciation of the revolution the situations themselves have sparked.

This incidents will for sure change the American nation and indeed the world forever.

They will become unforgettable, revolutionizing and reformatory imprints in history. And every sensible person will be receptive of them because this issue of racial discrimination has to be dealt with once and for all.

Content created and supplied by: Aloysiusdubem (via Opera News )