Brief History And Origin Of Prostitution In Nigeria. (See Details) 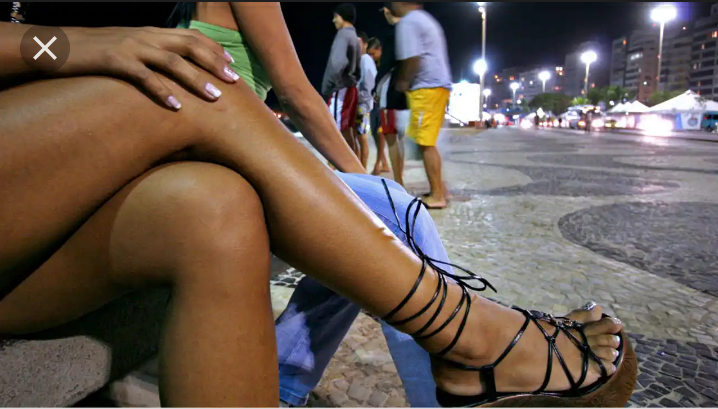 Prostitution in Nigeria is illegal in all Northern States that practice Islamic penal code . In Southern Nigeria, the activities of pimps or madams, underage prostitution and the operation or ownership of brothels are penalized under sections 223, 224, and 225 of the Nigerian Criminal Code.

Even though Nigerian law does not legalize commercial sess work, it is vague if such work is performed by an independent individual who operates on his or her own accord without the use of pimps or a brothel.

The Nigeria criminal system prohibits national and trans-national trafficking of women for commercial sess or forced labour. Nigeria is a signatory to the 2000 United Nations Protocol to Prevent, Suppress and Punish Trafficking in Persons, especially Women and Children .

Starting in the early 1900s, the rising economic importance of Lagos as a seaport and capital city changed the political and economic landscape of the city and contributed to the arrival of Nigerians from the hinterland.

The demographic and commercial changes also expanded to commoditization of sess and by 1910, commercial sess services had become prevalent in Lagos. In 1916, the colonial government enacted a law prohibiting solicitation by women but the law did not define prostitution. The law was implemented discretionarily by the government and commercial sess work was tolerated as long it did not lead to public nuisance.

In a country steeped with a religious and traditional moralist sentiments, sess work was not tolerated by some women in the community. In 1923, the Lagos Women League, an elite women organization wrote a petition to the police chief seeking the cancellation of restrictions placed on the recruitment of women as police officers.

The petition was written partly to curb a rise in prostitution and also the patronage of prostitutes by male officers. Public opinion was also critical of the sess trade linking it with juvenile delinquency. In 1932, Tijani Omoyele, a musician released an album, Asewo/ Omo j aguda (prostitutes are thieves or criminals).

By the 1930s, prostitutes were linked with notorious delinquents’ groups like the Jagudas and Boma boys in Lagos and they were beginning to be called Ashewo or people who change money into lower denominations. During the pre-World War II period commercial sess workers solicited clients in brothels, cinemas and hotels bars in the Lagos Island districts of Broad St, Breadfruit, Labinjo, Martins, Porto Novo Market- and Taiwo

In Lagos, commercial sess work was majorly practiced by non-Lagos natives and were called names like Ashewo ( Yoruba word), Karuwaci ( Hausa ), Akwunakwuna (Igbo word) and Asape. Many of the workers sometimes returned to their native land with enough money to earn the wrath of men who were not used to women being wealthier than them.

After the onset of World War II, British officials became apprehensive about any link between high venereal disease rates in West African Frontier Force soldiers and promiscuous se**ual affairs with prostitutes. During this period, forced prostitution of teenagers was becoming common. In 1943 Abidjan , a Nigerian born child prostitute, Mary Eforghere was killed by her older handler or madam for refusing to have sess with a European.

The combination of the fear of venereal diseases, child prostitution and controlling juvenile delinquency created a new impetus to prohibit prostitution. In 1941, an anti-vice squad was formed to prosecute offenders based on two newly created laws, the Unlicensed Guide (Prohibition) Ordinance and the Venereal Disease Ordinance. The former was also known informally as the loitering law which was designed to limit the link between foreign

sess tourists and prostitutes. The law required tour guards to obtain license guards in order to perform their work. The law targeted both young delinquents who were considered the pimps and the prostitutes.

In addition, prostitutes who loiter on the street and make advances towards tourists were arrested by the anti-vice squad. In 1942, a hostel was built to rehabilitate child prostitutes in Lagos and a year later, the Children and Young Persons Ordinance was passed prohibiting child prostitution.

The colonial government also established a welfare and social services department to manage the hostel and rehabilitation of child prostitutes. By 1946, a set of law was enacted that clearly defined prostitution and its prohibition.

A different form of prostitution known as corporate prostitution, a relatively new phenomenon and mostly limited to financial institutions began to gain notability in the 2000s. In 2004, a bankers’ union threatened to go on strike due to allegations that some female staffers sleep with men for accounts.

Though most financial institutions do not force women to engage in se**ual activities in order to meet financial targets it is implied that many banks are not against such actions.

In 2010, hearings were held on the floor of the House of Representative about the Bill for an Act to Prohibit Corporate Prostitution and Exploitation of Women and for Other Matters Connected Therewith.