I was paid #500 for every killing - Says serial killer

By Samuelele (self media writer) | 2 years ago 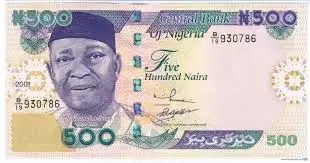 A serial killer was arrested some days ago at Akinyele local government area of Oyo state. He narrated how he used to kill people and where he was been paid #500 for killing. He stated that he worked for an herbalist named Adedokun Yinusa Ajani who was used to sending him on various murder assignments.

He said that whenever he spotted his victims, he would hit them with a shovel and wait until they are in the pool of their own blood, thereafter he would say some incantations on them rounding them three times and then he would back the body for around 5 minutes.

He also said that whenever he is going for any operation the herbalist will tell him to kneel down and he will put something in his tongue three times after saying some incantations.

He confessed that after the operation, the 50 year old herbalist would give him food and #500 for his work well-done.

However, the herbalist on interrogation denied all that he said. He made his own claims that the boy was a wayward boy who was brought by his mother. He said that he performed some spiritual rituals on him in order to stop him from being wayward.

He then said that after two months the mother returned with the boy asking the man to train him to become an herbalist. But the boy only stayed for six days after which he sent him away.

This world is terrible.