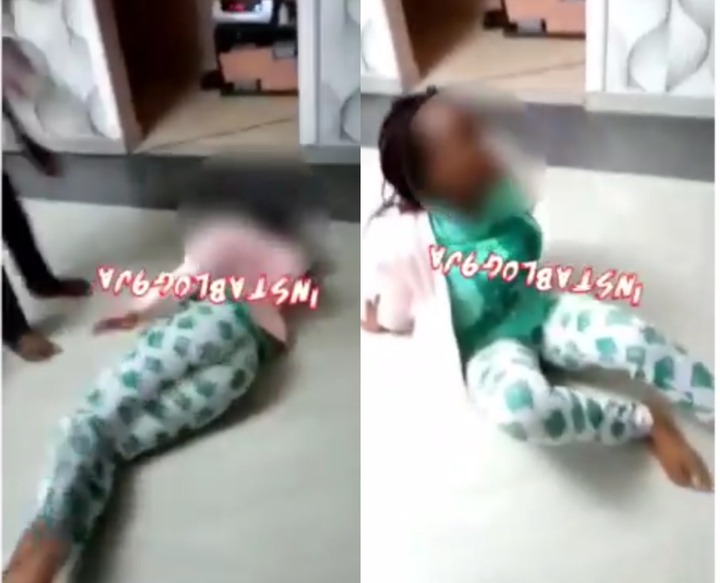 A father is seen in a viral video on Twitter flogging his 18-year-old daughter for joining a group chat he warned her not to join.

The video which is now making rounds on Twitter sparked up a controversy as some Nigerians were not to be comfortable with the way the father flogged the girl.

While some criticized the father for scolding his daughter in such manner, saying that the girl is old enough to make decisions for herself, others tagged the girl a disobedient child, saying that she should leave her father's house if she cannot obey him.

Many talked about how children of this generation are spoilt and disrespectful, and how some parents failed to discipline their kids.

Many were in support of the father's action, as some said that it is biblical to correct a child with the rod.

It was also argued that if it was in other countries, the father would have been persecuted for child abuse, but others saw this as a reminder that Nigerian parents are good disciplinarians. 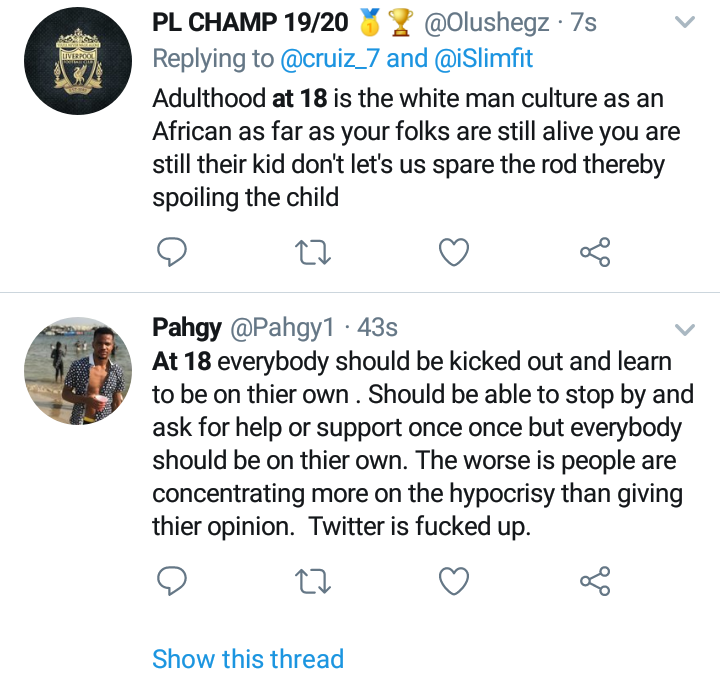 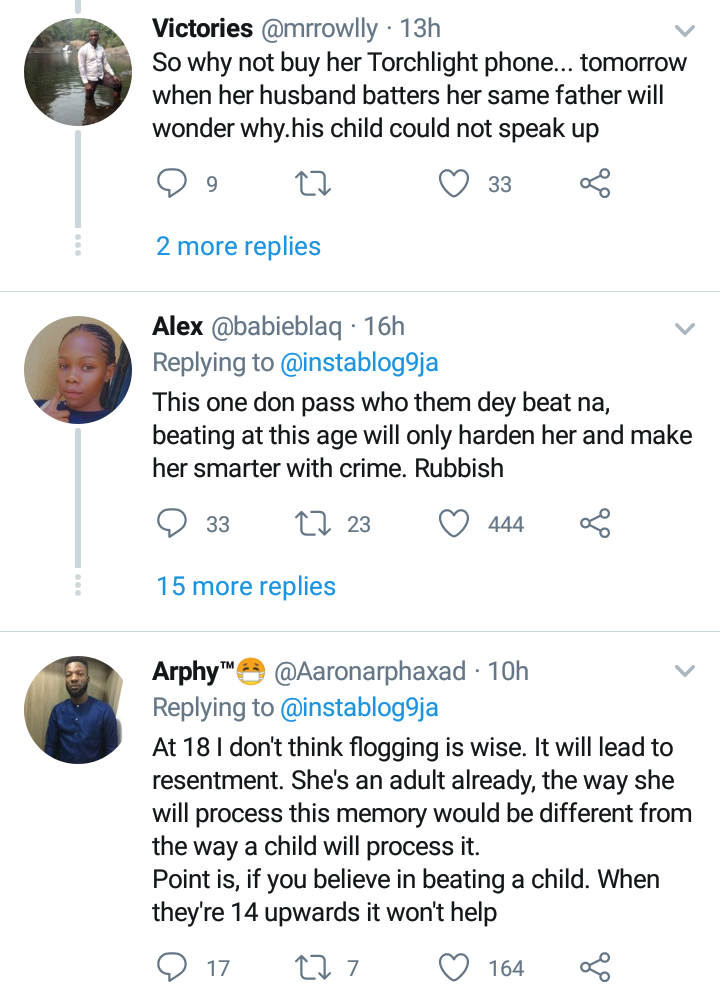 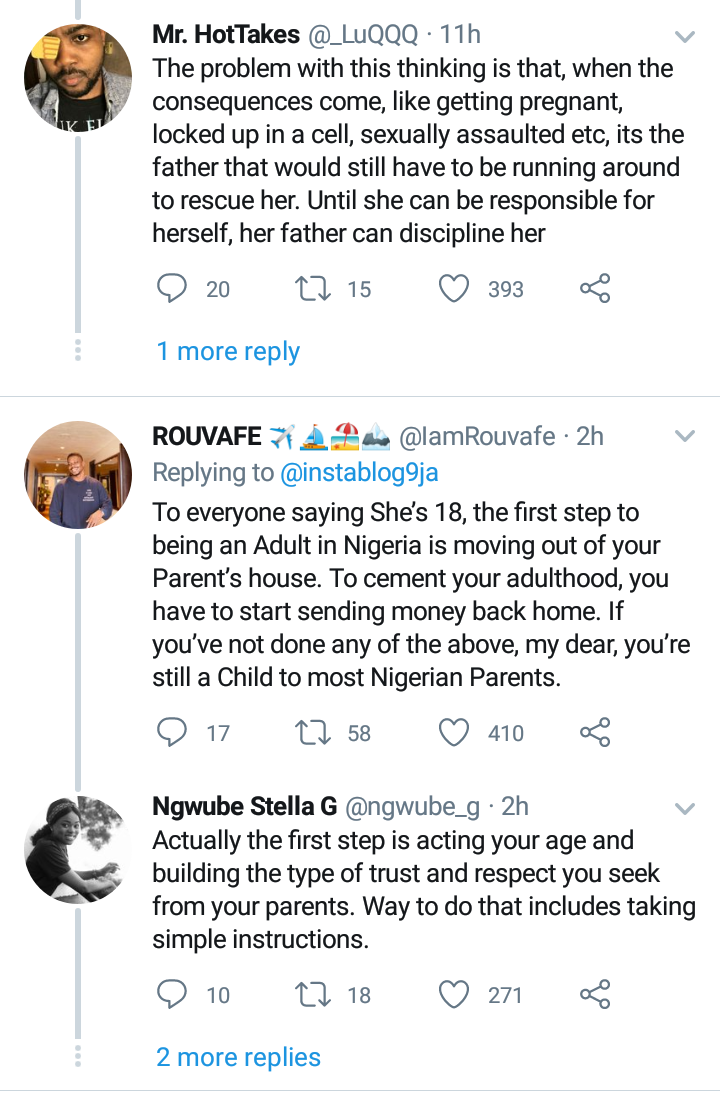