By BelieveAll (self media writer) | 2 years ago The decomposed bodies of three youths from B-Dere in Gokana LGA of Rivers State killed and buried three months ago have been evacuated by the police.

Their offense was provided information to the security agencies on the illegal oil refinery activities in the area.

The decomposed corpses was buried in a grave at a thick forest in Bera community in Gokhana local government area. 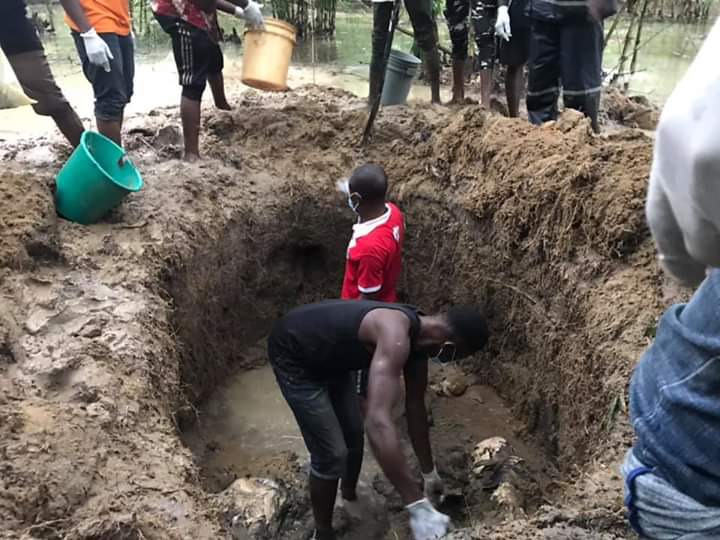 The youths were declared missing since the 14th of March but today the two of the suspects led the police to the forest and showed them were they buried them.

The corpses of the victims were identified by relatives during the evacuation.

The relatives gave their names as Baridomale Tor, Baridon Gbarabera, and Barisiton Nawee and their decomposed corpses were found tied with a cloth on their mouths and legs. The suspects who identified themselves as Prophet Nkpe and Baridodum Ndaguma arrested three days ago. According to the Spokesman of the Rivers State command, Nnamdi Omoni said the arrest of the suspects was made possible by the Anti-Cultism Unit of the Command.

DSP Omoni said the suspects have implicated other members of the illegal oil refinery activities now at large. He said the police will go after them and ensure they account for their crimes. Please the pictures and videos may be offensive so watch with care.

What's happening in this State?