Man Arrested For Attempting To Kill Friend Over N1000 Debt 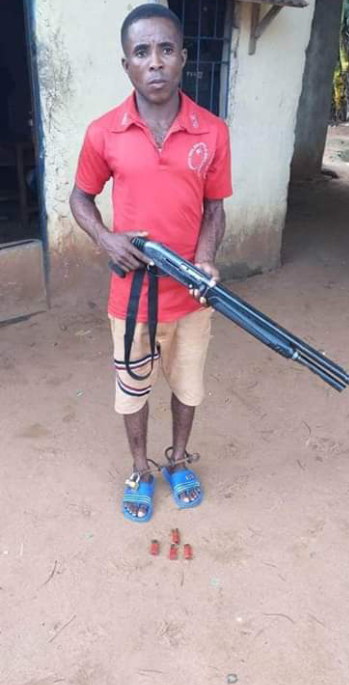 According to Reports gathered, the Anambra state police command has arrested a 27 years old man for attempting to kill his friend over one thousand naira debt.

According to reports released by SP Haruna Mohammed, the PRO of Anambra State police command, the suspect had a misunderstanding with his friend over an unpaid debt of one thousand naira.

In response, the culprit was reported to have ran into a church, brought out a pump action gun with 4 live cartridges and reportedly shot his friend at the back.

However, the victim was later rushed to Amaku general Hospital in Awka for medical treatment and attention.

However, the weapon used for the assault has been recovered by the police, three live cartridges as well as one used cartridge were recovered as exhibits from the crime.

It was also revealed that the suspect confessed to the crime and very soon, he would be brought to book and face his crime squarely.