Beware; how a Man was Scammed by a Fraudster. 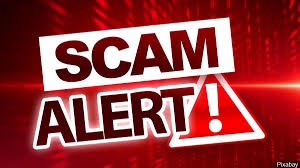 Cases of Scam related issues have increased all over the world, lots of people have been scammed in one form or the other either online or offline. Scammers employ new means and ways of scamming people of their valuable properties and money, recently people are more cautious online due to the large number of people that have been dupped online, but people are often dupped offline too, this involves seeing the scammer but not sensitive enough to detect if such an individual is a scammer or not.

There are numerous cases, whereby fake phones were sold out to people without noticing, which I think we are all aware of, a man was also scammed by paying into the wrong bank account provided by a fake seller, sound weird right! But that practically true. They can go to any lent to do anything to defraud people, we all need to be careful and mostly observant and smart and sensitive to detect when you are dealing with one.

Recently, a woman was caught she has been in this game for quite a long period of time, she present herself as a prophetess, mere seeing her you can't even cast a doubt on her, if she is a fake prophetess or not. Her tricks are mainly delivering revelation to people which is based on tragic or something bad that will scare anyone who care to listen, she use this to capture her victims who falls for her fake revelation. After the revelation she will suggest a possible way out and some items the person in question will buy for such tragedy not to befall him or her. In most cases she would visit their homes and collect money pretending she is a messenger of God who work with a notable man if God, for people to believe her the more.

She has used this means to defraud countless number of people, as some people showed up after she was caught to explain their experience with the fraudster. Her secret was exposed because the man she had attempt to scam was sensitive enough to cast doubt in what she told him, he did not allow her words to have a hold on him. After delivering her message as usual, the man quickly asked her what he can do then she gave him some ridiculous task which the man would only suggest to give her money, due to the difficulty of the task. After paying her a sum of 35000 naira nothing was heard from her after which the man called her severally before she pickup and gave excuses, Meanwhile, the man had already made findings about her claims from the great man of God she uses as her cover-up and whom she claimed she worked with, at this point he already know he was dealing with a scammer and not a prophetess as claimed.

He was also smart to tricked the woman in question informing her that her prophecy has come into reality on receiving the information, she used that as an avenue to bill him demanding for 100k for spiritual redemption of the child, which the man accepted without hesitation.

Unknown to her that her doom lies ahead, on getting there she was caught and taken to the authorities for proper prosecution. Imagine he was carried away by her fake prophecy what would have happened, probably another victim.

Let be vigilant and cautious in our day to day living as scammers are on the loose this days looking for whom scam.