Lady Asks Rich Man For Money, He Wants Her Body, Everyone Says She's Wrong For Being Angry

I wrote this on my Facebook and decided to make an article on it here.

A couple of weeks back on Facebook, I read a post about a lady who sought a wealthy man for financial assistance to grow her business. Much to her disappointment, the man asked for favours before he would help her.

She left his office angry.

And went on to tell this friend who in turn shared the story here, not without telling the disgruntled lady that she had no right to be angry at the man over his hard-earned money.

Like it was her choice to keep her body, the rich man also had a choice to not dole her cash.

The things we read on social media.

I wasn't totally surprised that the post got lots of shares and "yes" from males.

A post like that would be popularly endorsed because low key, most men can't stand an unyielding woman.

Their mind frame is that there's nothing special about her body.

So they're repulsed by the idea that a woman could hold her own.

Such posts validates their constant prejudice towards the Nigerian woman and their animosity towards all the girls that curved them - while the rich man serves as a delusion of karma.

The reason why a lot of them were shouting "true talk!" in the comments.

If you didn't know better, you'd think they were against a woman who displayed a sense of entitlement, whereas it's just prejudice.

Because if that woman were to sleep around for financial freedom, this same bunch would turn around to shame her for climbing to the top with her back.

Then this over-flogged issue of sense of entitlement.

Please, in the name of God, don't allow the poisons you read on an opinionated social media harden you into a beast. Don't allow it to snuff out the conscience in you.

Take away the big grammar, the political correctness, the persuasive voice of a social media influencer, and put yourself in people's shoes sometimes.

We're all in this hard life together.

Tell me, who won't feel bad about a potential helper making light of their problems, dangling their needs in their face with a hard condition?

Unless you're cheap; in a similar precarious situation, I'm not sure being told "you've always had a nice skin, come sit on my lap" would sound like music in your ears.

Clearly, it was the man's money to keep or give. Heck, blatantly asking the lady for her body in return might as well not be a 'crime'.

But you cannot take away the raw emotion that that kind of experience fills a person in difficulty with.

It's human nature to feel bad about a denied request in the midst of abundance. Calling the person 'wicked' to their face is justifiable.

Although I've realised that it's only on places like Facebook that everybody preaches that their giving is if they so choose to be nice, and feeling bad about it reeks of entitlement mentality.

As if these people would understand things logically as they put it should they find themselves between two closing walls where their survival depends on putting up a fight.

Back to the post I read, the writer finished off the insensitive post with something along the lines of, "any of us would likely do the same if we were rich."

A nice way of dressing up a post encouraging people to use positions of authority and privileges irresponsibly, without empathy, because, going by the post it's not a crime per se.

Everything doesn't have to be officially labelled a crime before you see the crime in it. We're human beings with endless needs for crying out loud.

While supporting harmful messages like that, tomorrow your daughter seeking employment in an establishment would be required to compromise herself for the job on the insistence of the manager.

Would you tell her to stay calm, that's how the world works, after all she didn't contribute to the success of another man's establishment? Certainly not. 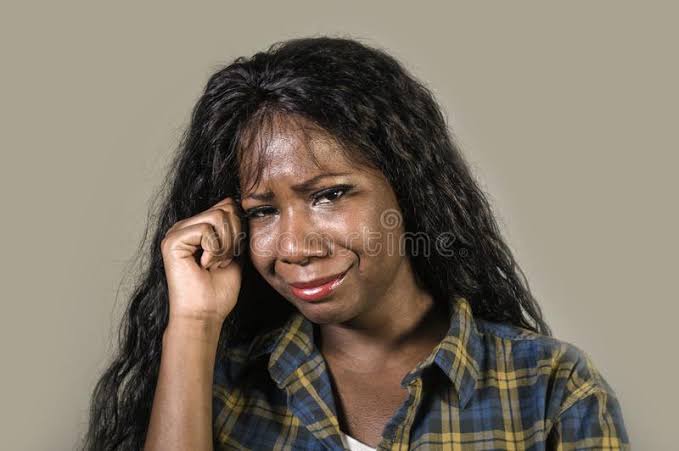