Opinion: The false rape accusers that made Izu to commit suicide should be punished

By KngCelebrities (self media writer) | 2 years ago 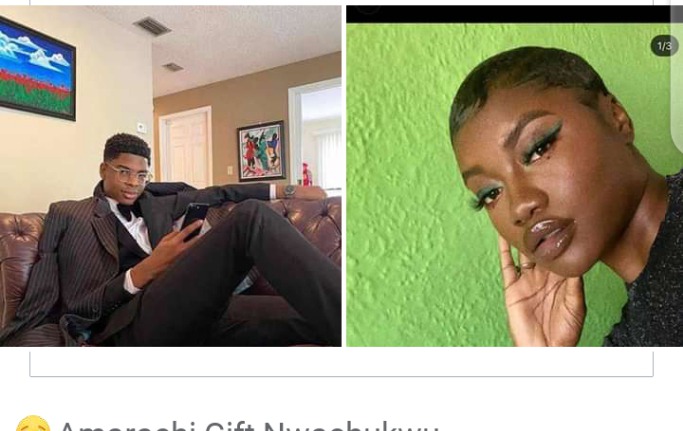 Few hours ago a promising and hard-working Nigerian enterpreneur called Izu Madubueze took his own life due to the false rape accusation that was maliciously levied on him. The lady in question Known by her social media handle as Nanichianese lied against the young man because the young man resisted her romantic advances towards him. 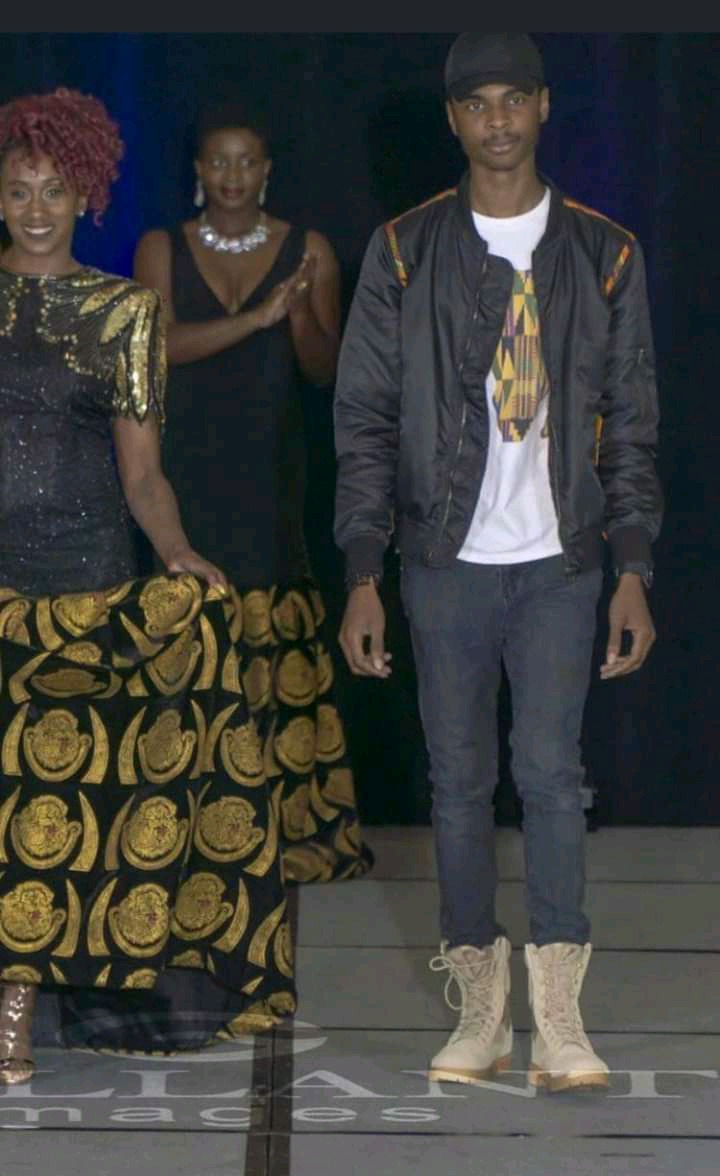 (Izuchi at a Fashion show)

She did was interested in having a relationship with Izu but the young man was too busy with his career to give her the attention that she desired. She took the rejection personally and called him a rapist publicly on Twitter. She even added his name to her compilation of sex offenders list.

As usual Nigerians online that were only interested in clout-chasing decided to insult and drag him all over social media without listening to his own side of the story. The young man became depressed and eventually killed himself after all the attempts by him to clear his name felled on deaf ears. 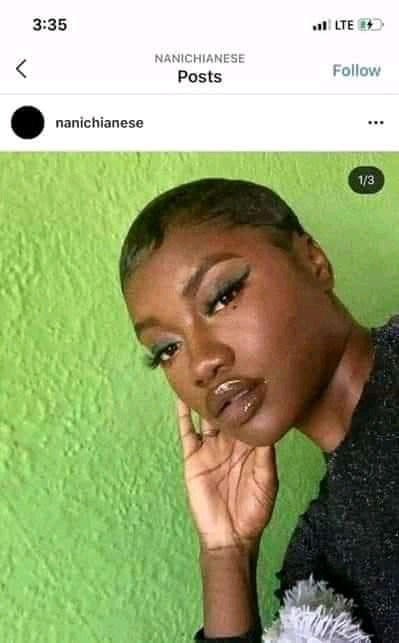 This attitude that many people have of assuming that one that was accused to be guilty is very wrong. To make matters worse some of the people that followed to insult him when he was falsely accused are not feeling any remorse as you can see from the tweets below: 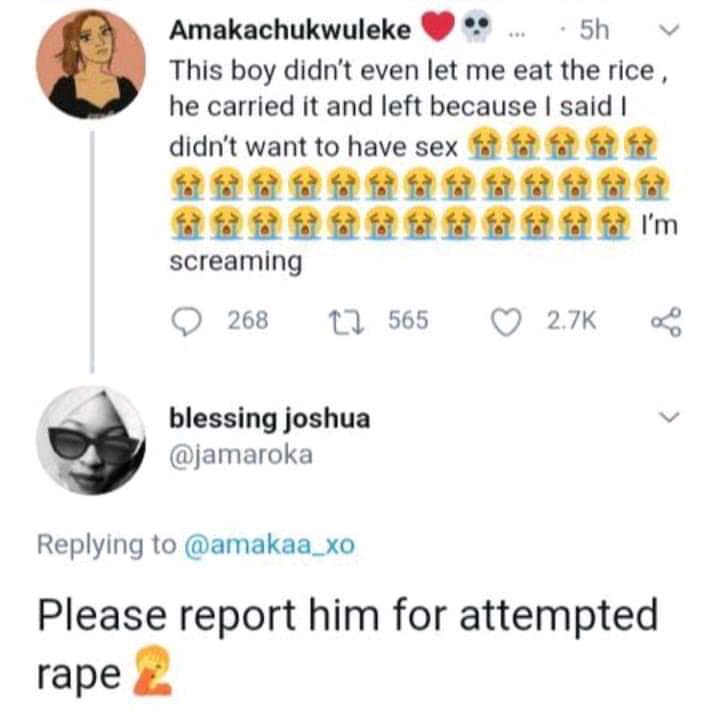 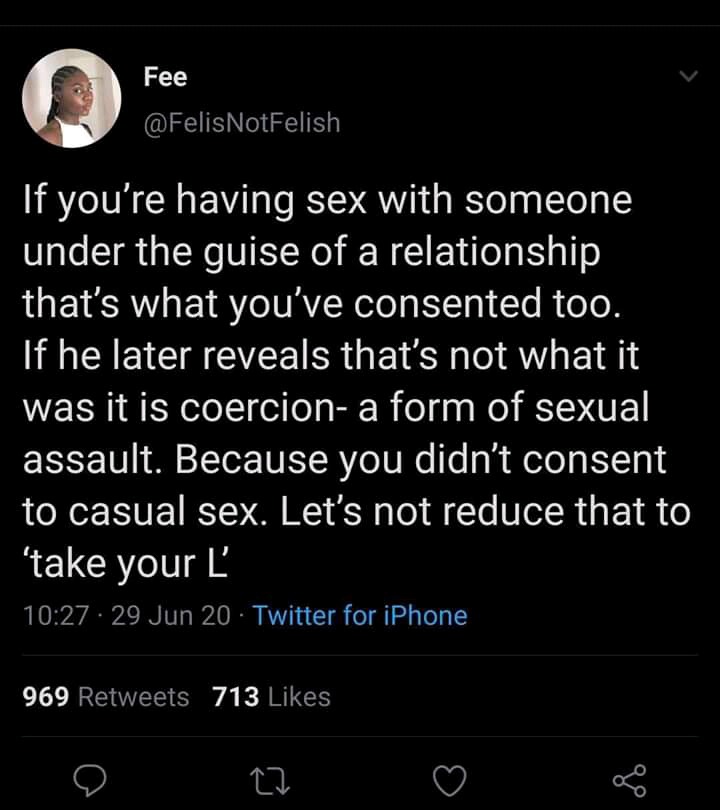 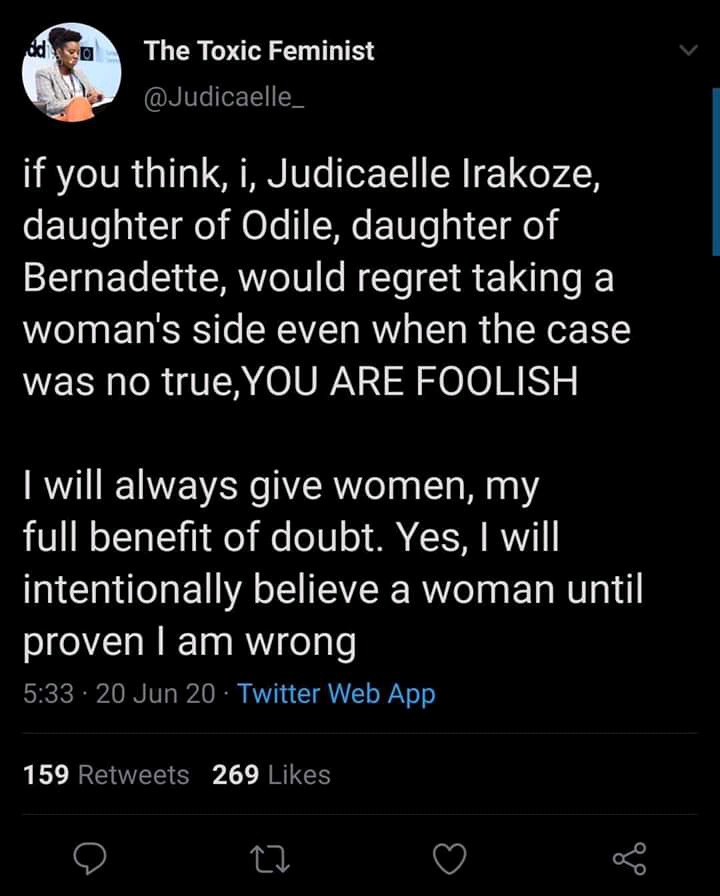 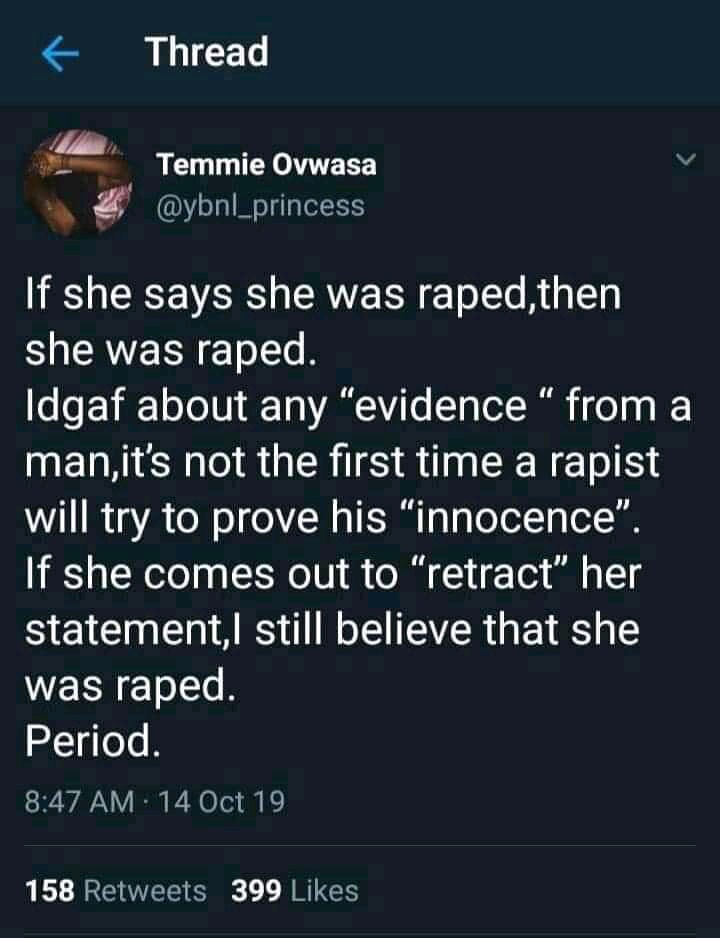 This is really appalling is this below are my thoughts on the issue:

To all the Facebook and Twitter Keyboard warriors that love to bash and drag everybody that is accused by random clout-chasing monsters. (Without giving the person the benefit of a doubt)..

A young has killed himself due to the insults and bashing he received from you people online when he was wrongly accused of rape by the Jezebel in this photo. Hope you are satisfied now?

There is a reason the law reiterates that "a person is innocent till he is proven guilty" but for the keyboard warriors it is not so. Once a random attention-seeking sadist levels any form of malicious accusation on you then you are already "guilty till you are proven".

As a child I used to believe that there is no smoke without fire. I believed that there is always an atom of Truth in every lie but over the years I have realized that things are not always so.

A person can wake up from sleep and decide to fabricate all kinds of malicious propaganda against you "For No Reason At All!" and people will still believe them.

"Everything is not always black or white, sometimes there are shades of grey".

Please learn to give people the benefit of doubt because one day you will also be in their shoes. If the person in question is someone you know very well and you know that person is capable of such an act then you are free to judge. If it's someone you don't know personally try and give them a little benefit of doubt for them to clear their names before you start dragging them all over Twitter and Facebook.

Everybody is not strong like us psychologically and mentally. Some people are so weak that a few words from you is enough to make them to go into depression/suicide.

This lady in question was making advances at the innocent guy but he was too busy/focused to give her the attention that she desired. She took the rejection the wrong way and decided to accuse him of rape.

I still find it difficult to understand why most women take rejection so bitterly, men get rejected too and heaven doesn't fall. Nomatter how beautiful, wealthy, sexy, classy, intelligent or talented that you are there will always be a guy out there that doesn't really care.

Everybody must not like or be attracted to you. Nomatter how perfect you are remember that everyone has their "Spec" and you may not fall into that category.(Even God that is 100% perfect still has people that do not like or believe in him so who are you again?)

If your advances is rejected by someone please move on to the next Guy or girl. There are thousands of fishes out there in the ocean and heaven will not fall just because one crayfish like that refused to fall into your trap. Nomatter what happens life will go on.

Stop fabricating lies against innocent people. You make it more difficult for "actual victims" to get justice for themselves. A law should be enacted that will enable people that level false rape claims on innocent men to be given the same punishment as the actual rapists.