Photos Of 3 Bodies Exhumed After They Were Buried Alive By Oil Thieves In Rivers State. 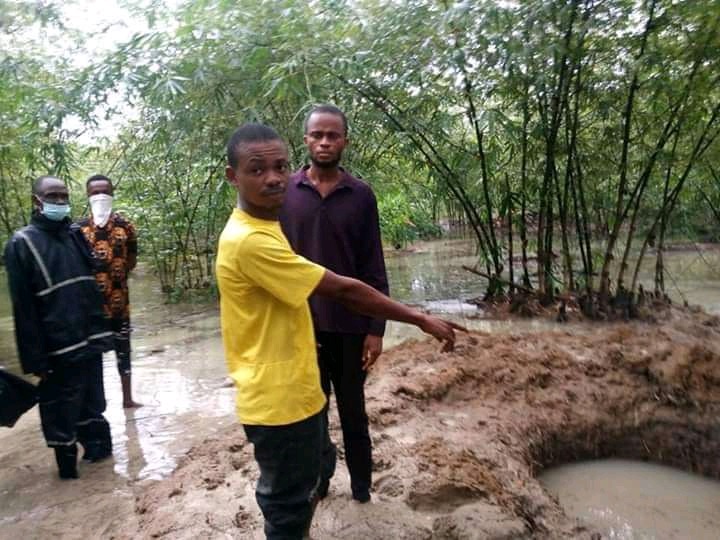 Oil thieves continue to cause grievous harm to the Nigerian society both with their illegal dealings with oil and the illegal acts being perpetrated by them. This is as the police in Rivers State have recently exhumed bodies of three persons who were buried alive by suspected oil thieves.

Oil bunkering is a huge problem in Nigeria as oil thieves continue to vandalize oil pipelines in order to steal crude oil. These illegal activities have caused the Nigerian state to lose huge revenues and led to the lost of many lives, due to explosions caused by the vandals.

The victims were identified as Baridomale Sunday Tor, Barisiton Nawee, Baridon Gbarabera were reportedly exhumed with their hands tied on their backs and their mouths gagged.

The bodies were discovered and exhumed by members of the Anti-Cultism Unit of the Rivers State Police command. According to reports, the victims who have been missing since the 14th of March, 2020, were later discovered buried alive at Bera Community Forest of Gokana Local Government Area of Rivers State. It was also revealed that the reason the victims were killed in such a gory manner was because they informed security agencies of the oil bunkery acts perpetrated by the suspects and their cohorts. Several persons who reacted to the news decried the activities of oil thieves, saying that oil bunkery has caused several lives, as these were not the only lives lost. Others suggested that the suspects be buried alive too.