By Olayinkaola (self media writer) | 2 years ago 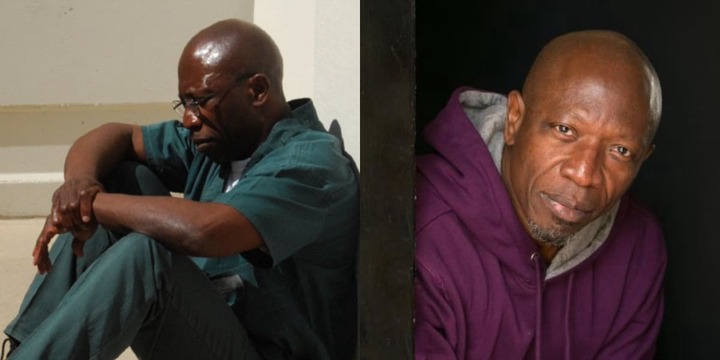 A man has been sentenced to 48 years in prison after appearing in a nightmare of a woman.

A black man has been sentenced to 48 years in prison in the United States after a woman had a nightmare about having sex with him.

A man has been sentenced to 48 years in prison on charges of sexually assaulting a woman after he did not claim his face appeared in her dream.

The woman was apparently raped after coming out of a bar where she was drinking beer with three other men.

The Colorado woman told the court that Clarence Moses-El had abused her because she had described her nightmare.

It was reports that this tragic and tragic incident took place in 1988.

The strange thing happened as a result of the woman's frustration and trying to remember the face of the victim after she had been drunk, which no one could see with her own eyes.

The woman testified in court that Moses-El was the man who abused her while she was intoxicated because she had a facial expression in a dream.

Moses-El has done his best to challenge the woman's allegations, but there is no way to prevent the court from passing sentence on the charges against him.

Since then, reports have surfaced that, despite a court order, police officers have dispelled any evidence and motives that Moses-El could use to defend himself.

However, as a result of last year's scandal, it was in 2013 that one of the three perpetrators, LC Jackson, sent a letter to Moses-El while chaining him at Dan Kande's house.

In a letter sent by LC Jackson to Moses-El apologizing, he stated that he was undoubtedly one of the people who committed the alleged crime.

Moses-El was acquitted by a court in 2016 of all charges.

Finally, Moses-El spent nearly 30 years in prison for crimes he did not commit.

Colorado Attorney General Phil Wieser has stepped in to confirm that Moses-El was paid $ 2 million after LC Jackson's claim.

Colorado law clears a person of guilt, providing $ 70,000 a year for a convicted felon.

Musa-EL said the money will help him regain the dignity he lost.

History shows that Moses-El was the second person to benefit from the acquittal and compensation law enacted since 2013.

When asked what he would say about the woman who accused him of rape, he said he had no choice but to wish her well, and wish her well in life.