Man Stabs and Attempt to cut off Woman Breast in a Motel.

The Quest for fame and money or should we say Mystic powers by many people in our Nation is getting alarming.

This came up when a 41 year old man. Ogbonna Nwankwo from Orumba South Local Government of Anambra State was arrested for attempting to murder and cut off the breast of one Bella Joseph in Dollar inn Motel.Anambra State. 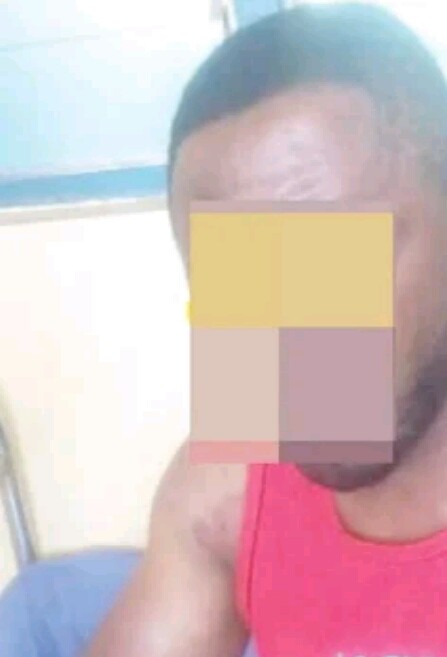 The alleged Murderer and Ritualist was apprehended and beaten to stupor by the mob in the local community as he was trying to escape but the intervention of the Nigerian police saved the scene as the alleged murderer and ritualist was taken to the Hospital for treatment.

From a reliable source, it was noted that the alleged Murderer and ritualist got into the victim's room around 8:00am and he allegedly stabbed her and was attempting to cut off her breast when he thought she was dead. But the Victim cried out for help which caught the attention of the motel officials and rescue was made.

A police Spokesperson, Haruna Mohammed has announced that the State Commissioner of Police has directed that the case be transferred to the state criminal Investigation Department to get a full knowledge of what caused the inordinate Action.

We hope the mystery is Unravel and justice is brought to action... May God help us in Nigeria.