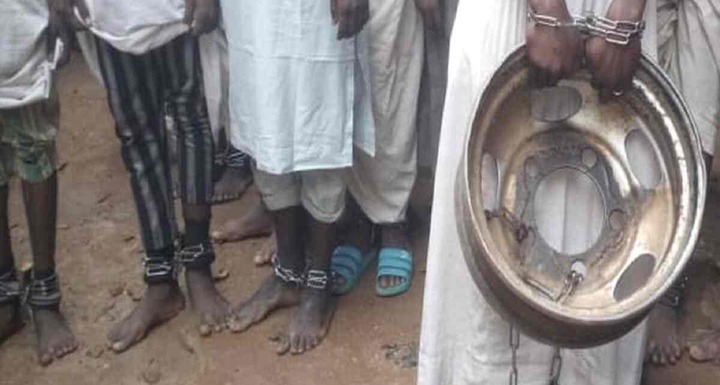 The police have rescued 15 children from an illegal detention centre in a Niger State.

The owner of the centre, who ran it in Suleja as an Almajiri school with no fewer than fifteen teenagers – some of them in chains – has been arrested.

The Command’s spokesman, ASP Wasiu Abiodun, said yesterday in Minna that his arrest followed a tip-off that led police officers attached to ‘A’ Division Suleja to arrest the suspect for “cruelty on the children”.

He added that the suspect confessed to the crime and would be charged to court after the investigation.

“The children whose ages ranged from 10 to 15 years were rescued from the suspect’s house, with three of the children had their legs tied with chains,” ASP Abiodun said.

The suspect was alleged to have been cruel on the children under the guise of Almajiri schooling.

“We have already handed over the victims to Niger State Child Rights Agency,” he added.