Surrender Your Ak-47 Rifle And Get Cows In Return, Says Governor 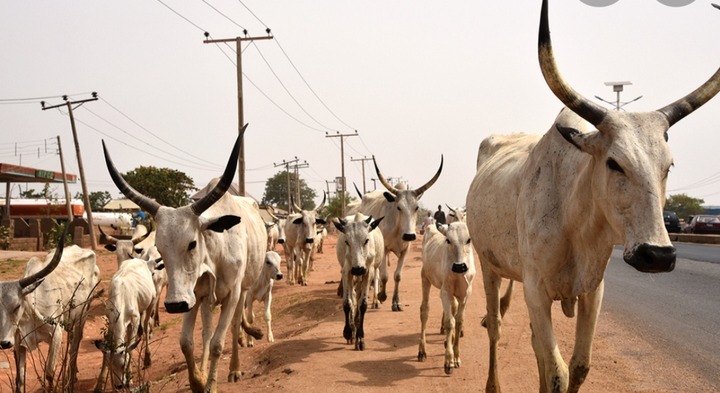 In an attempt to encourage bandits to give up a life of crime and live a normal life as responsible citizens, Governor Bello Mutawalle of Zamfara state has offered repentant bandits, in the north-western state of Zamfara, two cows for every AK-47 surrendered to the state government.

In a report monitored by BBC, the Governor was quoted as saying that such offer will mitigate the loss incurred in their illegal investment of selling their cows to acquire guns for banditry.

According to Governor Bello Mutawalle, "these bandits who choose to repent initially sold their cows to buy guns and now that they want a life free of criminality, we are asking them to bring us an AK-47 and get two cows in return, this will empower and encourage them."

Zamfara state has been under constant attack by Motorcycle-riding armed bandits, suspected to be fulani herdsmen, have been terrorising the state.

However, the members of the fulani hersmen in the state, who value cows, have repeatedly rejected allegations saying that they too were victims of the banditry.

Communities in neighbouring states have not been spared by the attackers who, often, take advantage of the large abandoned forest reserves to ransack such communities with so much impunity. During their operations, they often loot shops, steal cattle and grain, and take people hostage for ransom to be paid or such victims get killed.

Before the situatuon fot out of hand, the attacks are rooted in decades-long competition over resources between ethnic Fulani herders and farming communities in Zamfara state.

It will be recalled that in a recent attack in the state, 21 people were killed in Talata Mafara town of Zamfara state by armed bandits, and this is a regular occurrence in other parta of the state.

Aside the incentives promised the repentant bandits, the governor also promised to disband the camps in the forests where the gunmen are based, so as to curb their nefarious activities.

Non governmental orrganisation, International Crisi Group has claimed that, In the last decade, more than 8,000 people have been killed in the states of Kebbi, Sokoto, Zamfara and neighbouring country Niger Republic and the threat is still potent in the region.