By Obodokasi (self media writer) | 1 year ago

It is believed that African parents are some of the most strict parents around the world, that is because an African parent would go to the highest heights to make sure he instils discipline on his children. But should a father go as far as flogging his 18 years old daughter for going against his instructions?

That has been the bone of contention on social media site Twitter, as a video of a father mercilessly flogging his daughter for going against his instructions was shared, causing several reactions from different quarters.

According to the video, the young girl had been instructed by her parents not to join any social media group without their permission, but in a blatant disregard for her parents, she went against their instructions and joined a group chat. 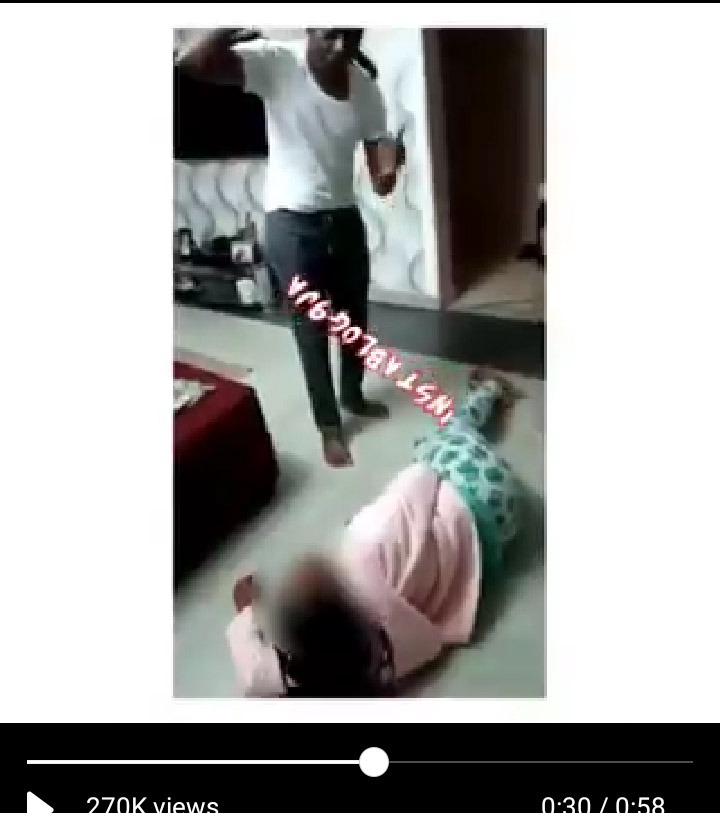 It is unclear what the subject of the group chat was about, but it is suspected that it must have been one of those group chats where adult contents are shared and discussions of sexual nature are held. 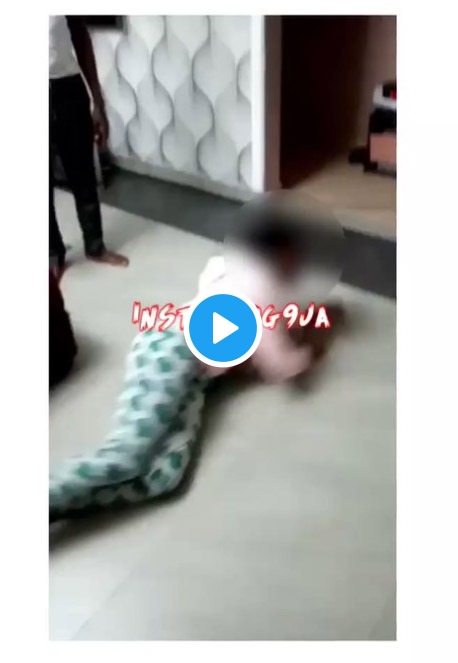 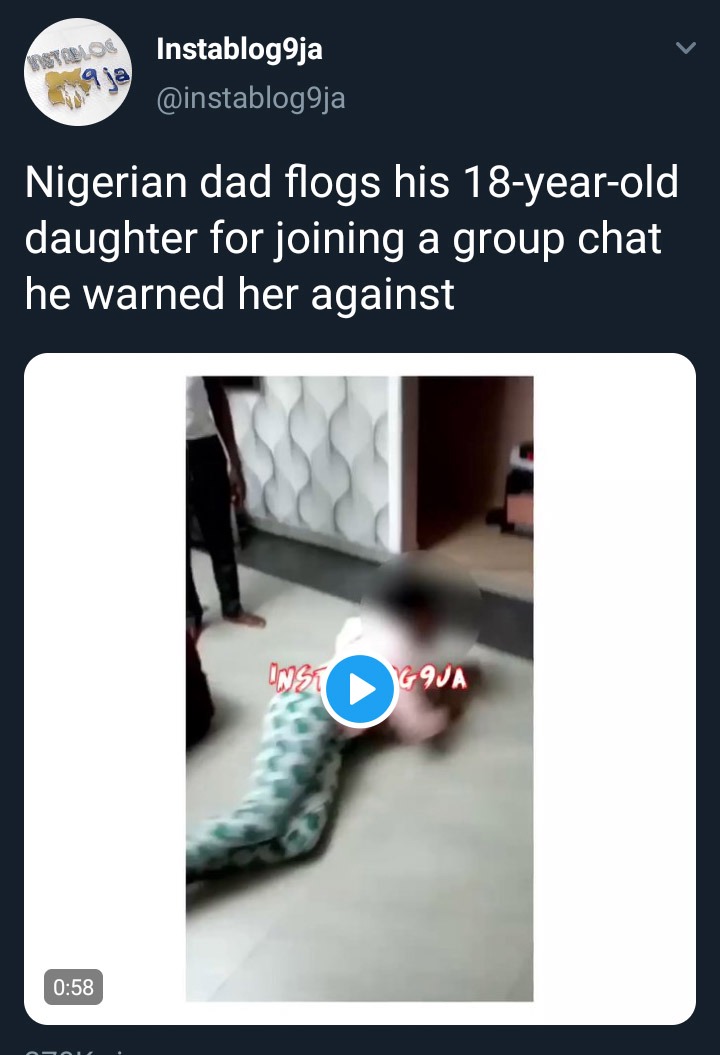 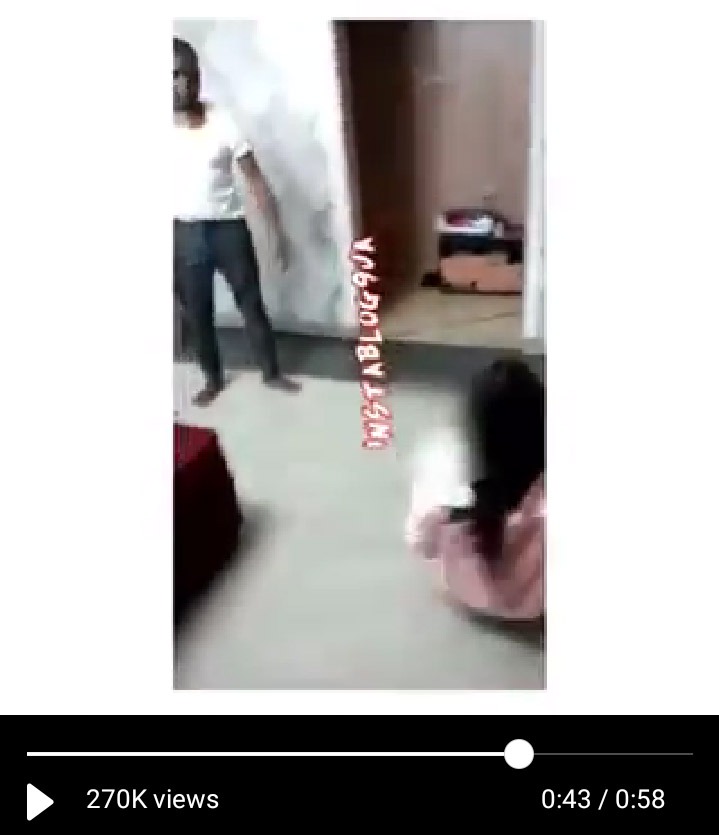 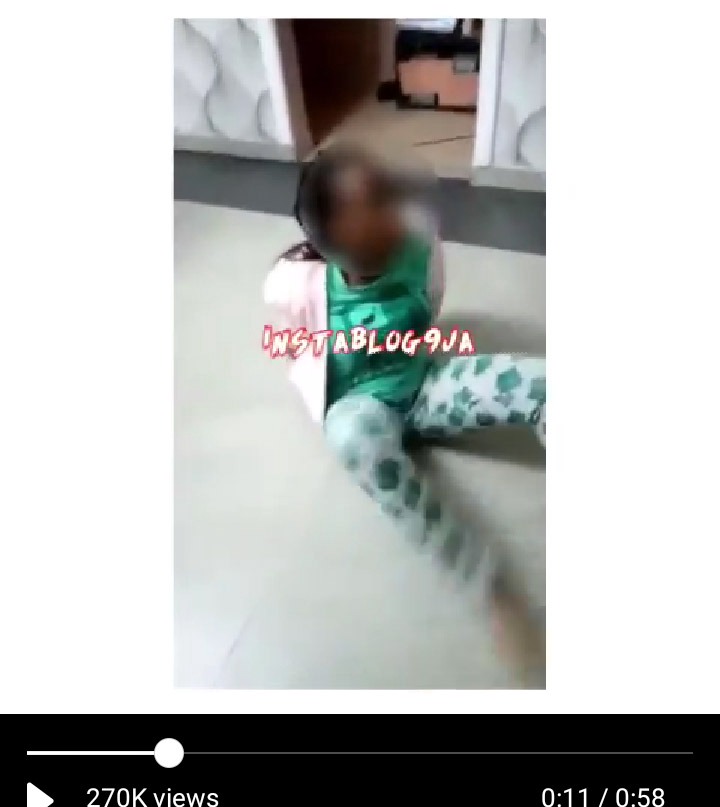 The video has elicited different reactions from social media users. Some of those who reacted expressed their unreserved anger at how brutally the father flogged his daughter for merely joining a group chat. According to them, the 18-year-old is an adult and should be allowed to do whatever she deemed good for her. They questioned why the father was going through his daughter's phone in the first place.

Others who reacted expressed their support for the man's actions, saying that the daughter deserved the merciless flogging. They pointed out that as Africans, parental discipline has been what has ensured that our society has not suffered the decay that Western societies have suffered.

According to one Twitter user "Leave out the talk “She’s 18” blah blah blah. The reason we are doing most of the right things we do is the correction method our parents used on us. It is when we grow and have our own family we will understand the effect of how important spanking helped us Make right decisions." 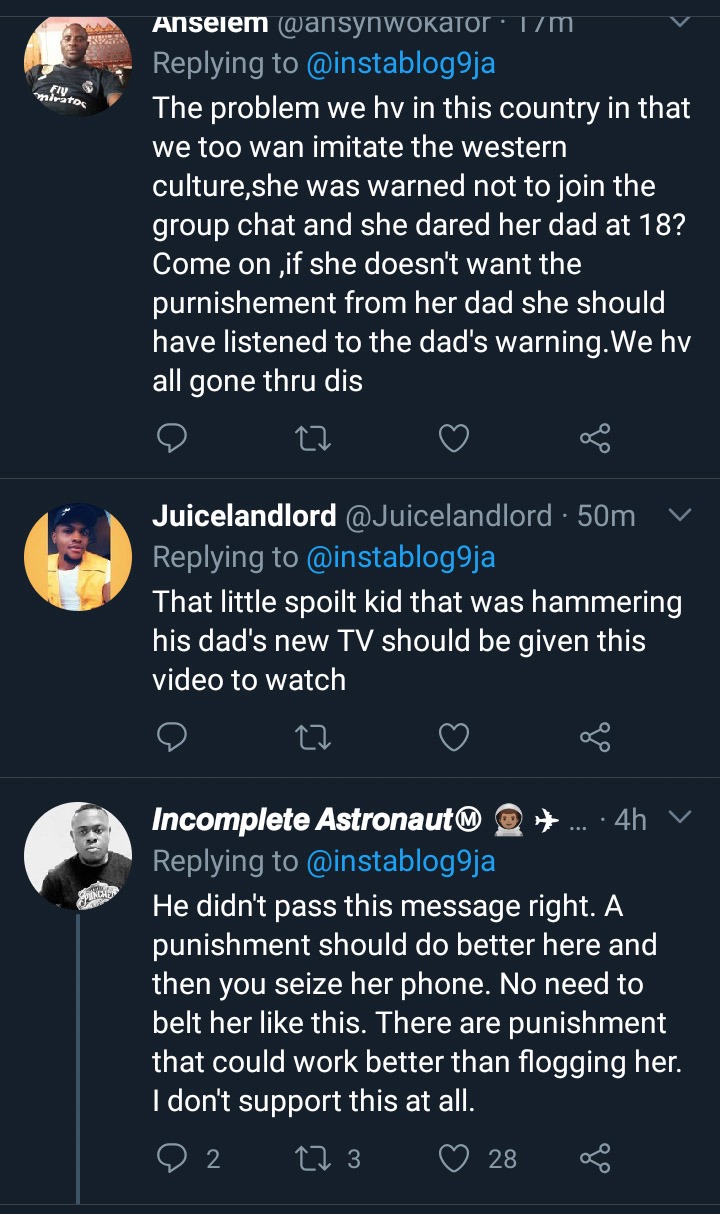 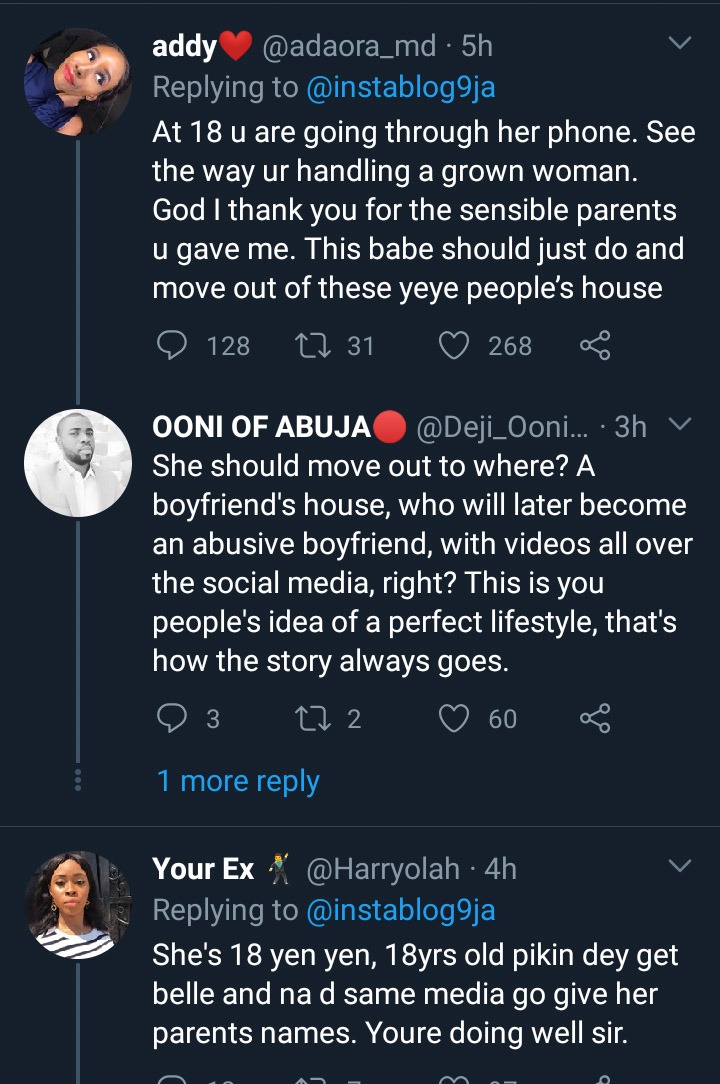 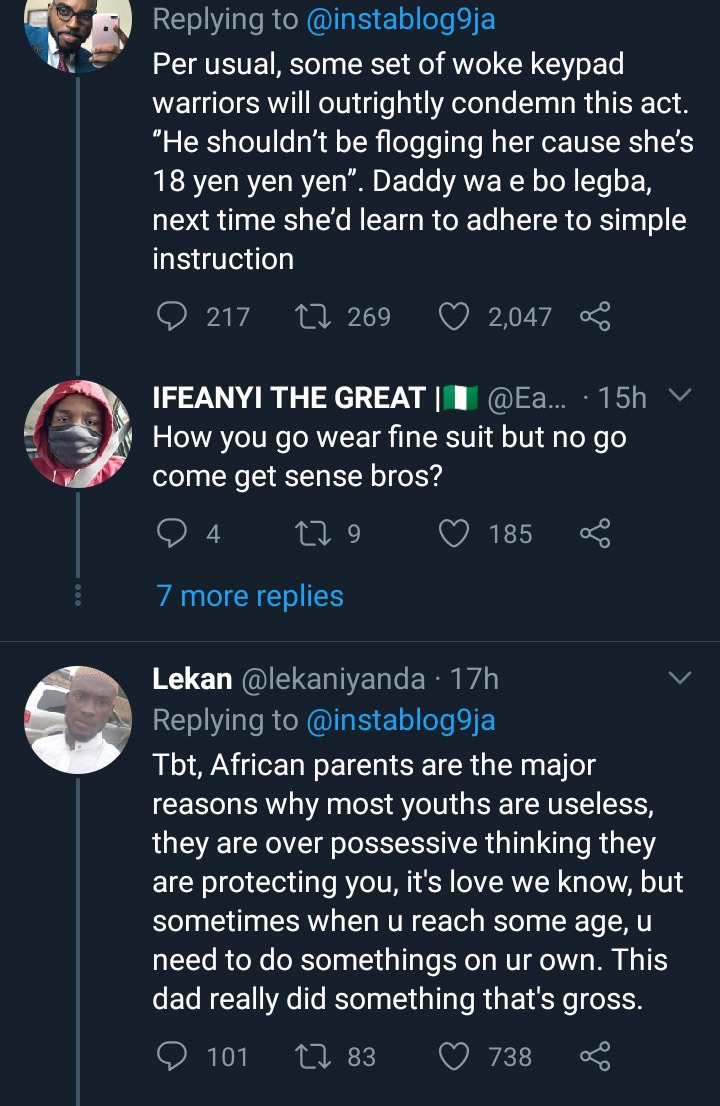 Although it is a good thing as parents to make sure that children are well brought up, it is also good to know that at a certain age, children should be given some sort of freedom. So the question remains, was the father right to flog his daughter so mercilessly for merely disobeying him? 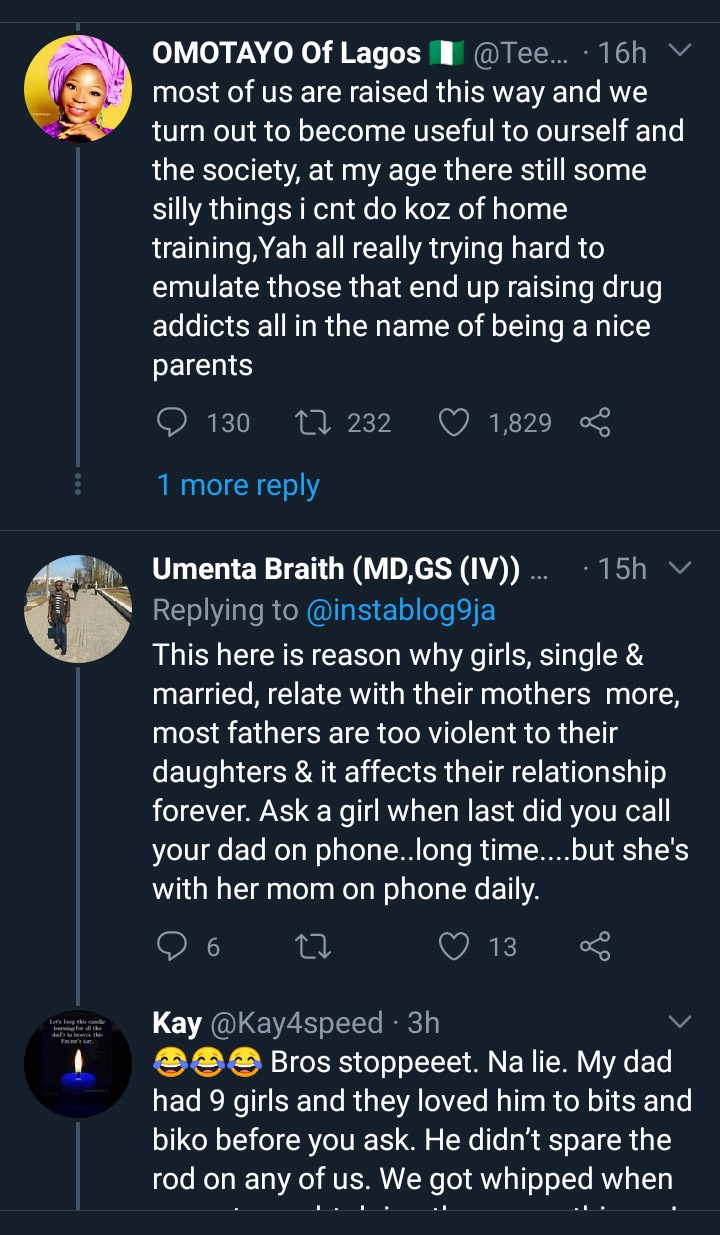