By OrusiKenneth (self media writer) | 1 year ago 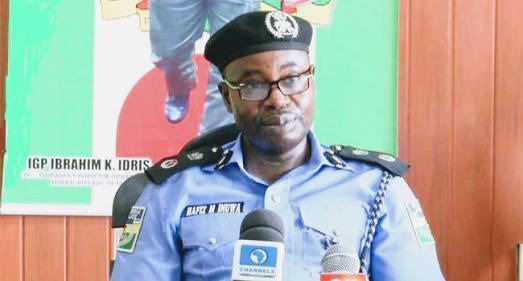 There is panic as the lifeless body of a missing 7-year-old boy, Fejiro Emoavworhe, was found at the bank of Ohovwe River in Ekiugbo, Ughelli, the administrative headquarter of Ughelli north local government area of Delta State.

This is coming barely 14 days after the body of a middle age woman was found in a drainage wrapped with a sack bag with her breast, tongue and private part removed in Buluku street, Ughelli.

Fejiro 7, was reported missing on Sunday October 4th 2020, when his whereabout couldn't be accertain by his parents.

According to his father, Mr. John Emoavworhe of Ogbeode Street, Ekiugbo-Ughelli, told Journalists that he was four months old in the community, disclosing that his brother in-law (name withheld) came to his house in the eve of Sunday October 4th 2020, with slices of fried yam, Ice cream and plastic bottles of coke for his children.

Speaking further, Emoavworhe, noted that his son, Fejiro, who was crying for ice cream outside was called by a standby man who put on a white cafetain dress, telling him not cry with the promise to buy him ice cream "unknown to me and the mother after awhile we started looking fo my son to no avail.

He continued: "While we are still in search of Fejiro, my brother in-law left the compound in a hurry and when he was called upon by my family the next morning he said he is going to the church he eventually responded to my family's invitation at about 7:00pm.

"My wife's younger brother told my family that he did not know anything about Fejiro's disappaerance or whereabout but he heard my neighbours saying that I used to beat my children and drive them out of home, that this time around I will search for my child and I will not see him.

According to the father of the deceased, when his brother in-law was asked to direct them to the apartment, all the occupants of the apartment who are suspected 'Yahoo Boys' escaped through the back door.

All efforts to reach the Delta State Commissioner of Police for comment was fruitless as his line was not reachable but a Senior police officer from 'A' Division Ughelli confirmed incident.

As at the time of filing this report the remains of Fejiro has since been deposited at the Ughelli General Hospital's mortuary while team of doctors are carrying out autopsy on the body.