When our parents said ''Money is the root of all evil, we never took them serious not until we started hearing stories about how youths perform all sort of atrocities just in search of money.

The recent one is the one that that occurred in Auchi, Edo state Nigeria, a young man with the name Moses murdered his friend and colleague Abuchi Wisdom Nwanchukwu in cold blood after Moses saw a credit alert of 13 million on his phone.

The money was said to be sent to Abuchi Wisdom Nwanchukwu's brother who is based in South Africa.

According to reports, the money was said to have been sent so that Abuchi Wisdom would go and complete his brother's building in their village, Isiala-Mbano Imo state.

"He showed me the alert for the N13m his brother had sent to him so for his building in their village in Imo state, Mose said".

Moses a native of Auchi in Edo and a graduate of Auchi Polytechnic said he became jealous after he saw the credit alert on his friend's which prompted him to kill Abuchi Nwanchukwu.

Upon interrogation Moses admitted that he killed Nwanchukwu, detach his head from his body before carting away with his ATM.

"After Killing him, I dragged him into a bush and because I don't want people to recognize him easily, I cut off his neck and buried it. Then I took his ATM card to some fraudsters. I gave it to one Yusuf and told him that I needed to hack the account".

Moses took the ATM card to some internet fraudsters in Auchi who helped him withdraw the sum of N2.2 million from Nwanchukwu's account.

The trio of Yusuf Sagiru, Tony Bright and Terrence Okochukwu as well as business man Jahswill Ogbonnaya who were said to have helped Moses to withdraw the sum of N6 million from the account.

According to reports, The murdered occurred in January 7 2020 but 27 year old Moses was arrested on Friday.

What is this world heading into 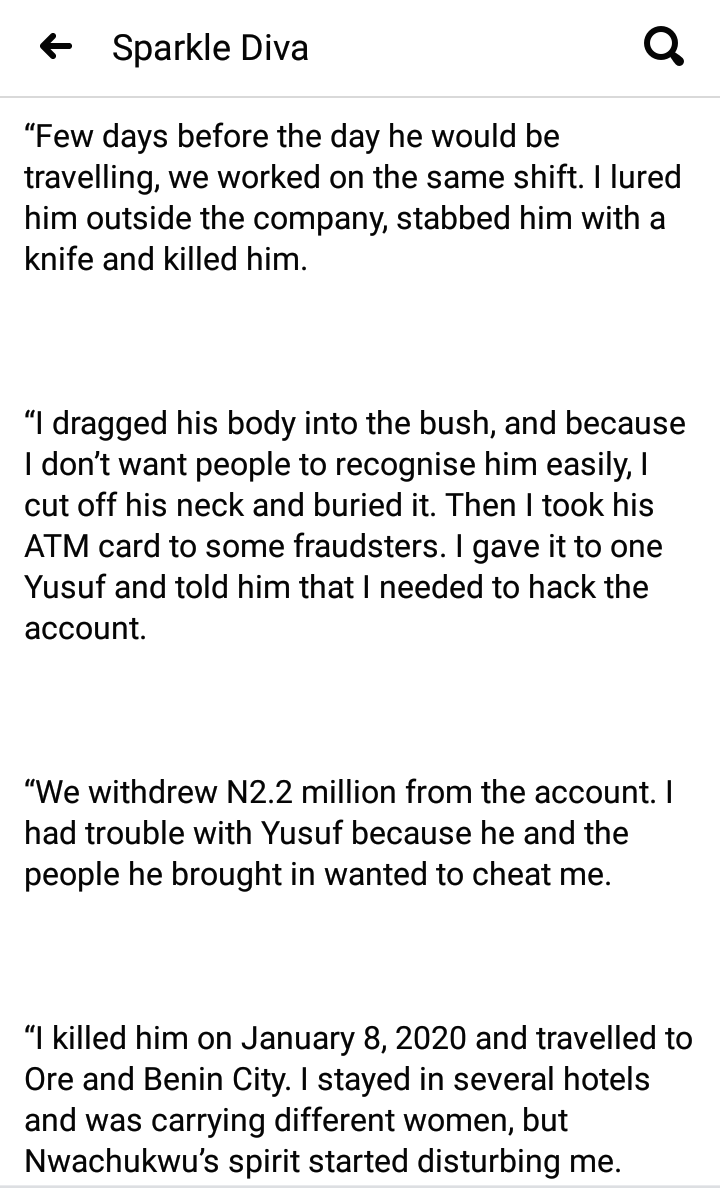