By Ada_Ivie (self media writer) | 1 year ago

Blogger, others threatening to stone me to death - Doctor whose patient died after cosmetic surgery

Lawan denies plans to run for president in 2023

Outrage as Dangote truck kills one, injures three in Ogun

525 Nigerians evacuated from US, Cyprus

Dexamethasone: How Nigerians use COVID-19 drug for weight gain

I made a wrong choice of deputy, says Akeredolu

Why my impeachment won't work 'Ajayi

My relationship with Jaiye Kuti'Enny Allison

Ondo: Over 4,500 delegates for APC, PDP primaries this week

Conceiving six months after CS may cause uterine rupture Physicians

With NDDC, you can take poverty to the bank

House of commotion: Buhari's appointees and the endless battles from within

Explosion kills five siblings, one other in Katsina

Traders, operators, others get sack notice as bankers take over National Theatre

With NDDC, you can take poverty to the bank

Trillions lost in agency, not N40billion 'More revelations on Akpabio, Nunieh, others

I am not planning to run for 2023 Presidency ' Lawan

Save us from illegal eviction, automobile technicians cry out to govt

CSOs back IGP on disbandment of satelite offices, bases, give shocking instances of alleged criminal activities by IRT, STS

ONDO 2020: I'm ready to apologise to those I offended ' Akeredolu

NMA disagrees with LASG over position on doctors' strike

I made wrong choice, Akeredolu opens up on defected deputy Ajayi

Happenings in NDDC not about Akpabio, Nunieh ' AnnKio Briggs

Woman brutalises, locks up maid in toilet for 6 days over missing phone

Davido signs May D to his DMW record label

State of UNIPORT: I am depressed, says new VC

COVID-19: Nigeria should make case for extension of WAEC ' Aremu

I need somebody to spoil me silly ' Olaitan Sugar

We deserve to win a trophy': Luiz redemption as Arsenal shock Man City

Google to overhaul Gmail, as competition with Microsoft heats up

Kidnapped ex-Taraba senator cries out to Ishaku for help

Fisticuffs at the National Assembly

My deputy was a wrong choice - Akeredolu

How my pregnant daughter died with twins at FMC Abeokuta

Gunmen kidnap, release widow of former Edo Speaker on way to prepare for his burial

Why Nigeria's research institutes are passive in providing COVID-19 solutions

Former Edo state House of Assembly speaker Zakawanu Garuba dies at 54. His wife and driver kidnapped on their way to his funeral

Davido signs May D to his DMW label

The case is just getting better - Hushpuppi's lawyer, Gal Pissetzky reacts to report that he dumped the alleged fraudster

Gigolos star, Ash Armands charged with murder for 'beating his girlfriend' to death

Hushpuppi transferred to California for trial

10 witnesses including Mompha's uncle 'testify' against him in court

US attacks Disney, Google, Microsoft and Apple for doing business with China

More photos of the former Personal assistant who allegedly killed Gokada CEO Fahim Saleh in order to avoid paying $90,000 he stole from him

Senegal's Thiam scores a brace as Kasimpasa draw against Gaziantep

Coronavirus: The slow death of the American all-you-can-eat buffet

The woman forced to flee her country for rapping.

Coronavirus: 'When coffins lined the streets of my hometown

Can this high-intensity interval bike boost your workout

Email charges: 'They've got you over a barrel 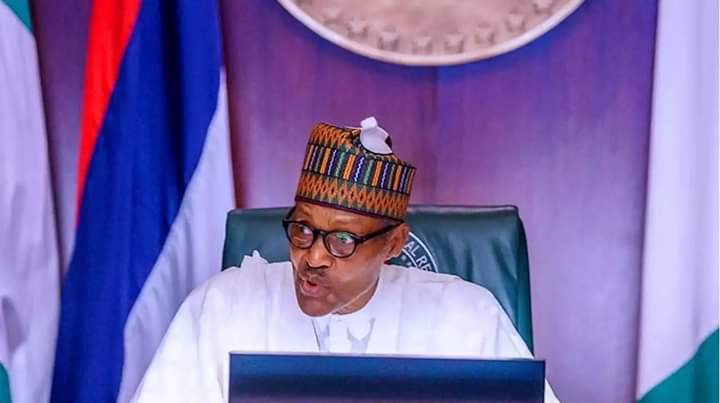