Justice for Izu is now trending! See why this promising young man allegedly killed himself

By Optimallove (self media writer) | 2 years ago 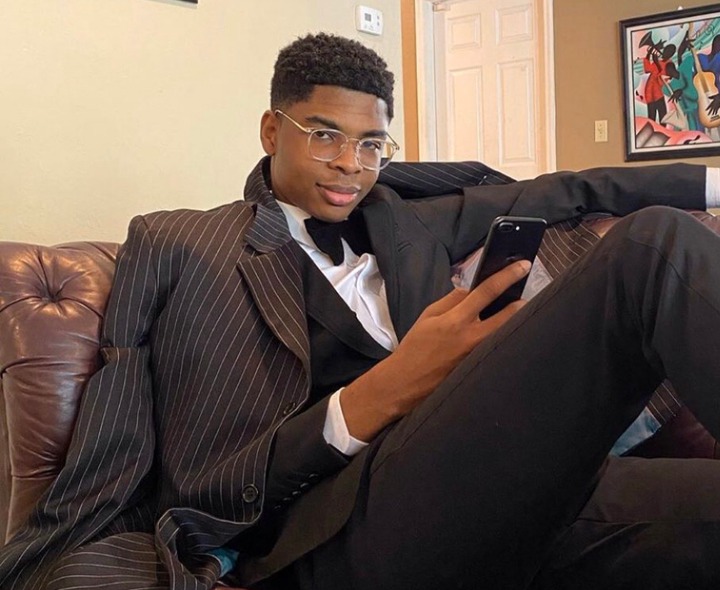 So sad! A man has taken to social media to mourn and demand justice for his friend, Izu who committed suicide after he was wrongly accused of rape by his female friend, Nani. The man, Nelson took time to narrate how it all started with screenshots to back up his claims.

According to the story as shared by Nelson, Izu who had birthday 2 months ago was a promising young man, smart, good, and had a big dream. He delved into sewing business, grew it till he had his his own warehouse.

"Izu was a promising young man, he grew his business from sewing in his house to owning a warehouse, he was smart, good and had big dreams. He couldn’t handle the whole defamation. He left this wicked world that couldn’t give him a chance to speak." 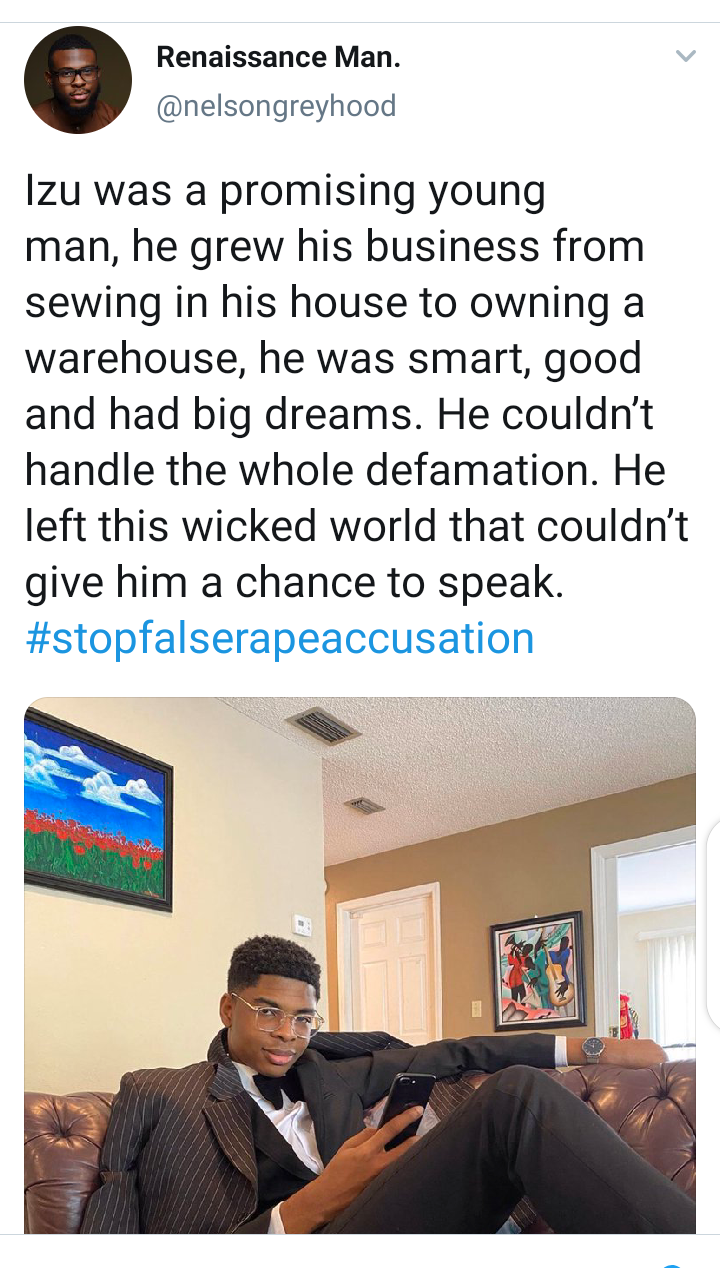 How did Nani masterminded Izu dead? 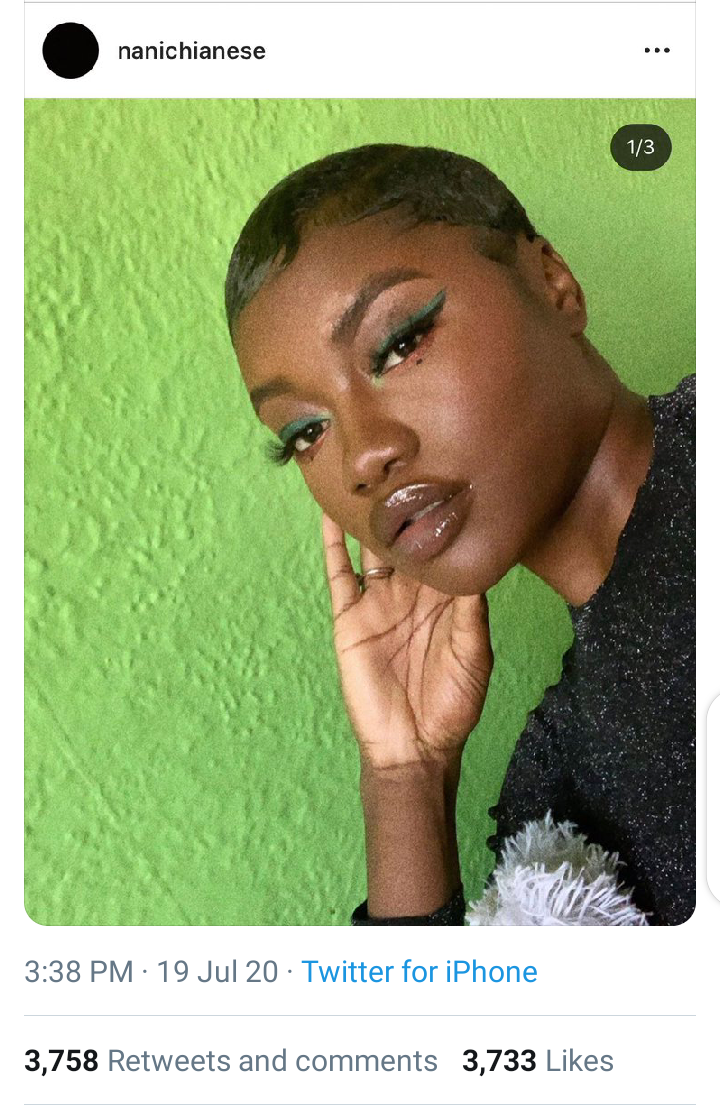 This is Nani, a very close friend to Izu. This lady happened to be the mastermind, the person who made the issue worst for Izu. It was reported that some ladies (yet to be identified) had accused Izu of rape. The alleged victims who were supposed to face Izu couldn't do that, it was his friend Nani who took up the rape accusation against Izu. She started the deformation of Izu, spreading the rape accusation on social media!

All attempts by Izu to clear his name and clarify issues was proven abortive as the lady later blocked him and locked her social media accounts. The trauma was so heavy on Izu's mind that he could not handle it any longer. This is how he killed himself by committing suicide!

Nelson further said: "This is the bitch that accused my friend wrongly of rape, now my friend has committed suicide, he killed himself because he couldn’t handle the trauma, his phone kept blowing up, you didn’t give him a chance to clear his name. #justiceforizu she has locked her accounts. RIP Izu"

This is the last post Izu wrote on his page before he committed suicide: 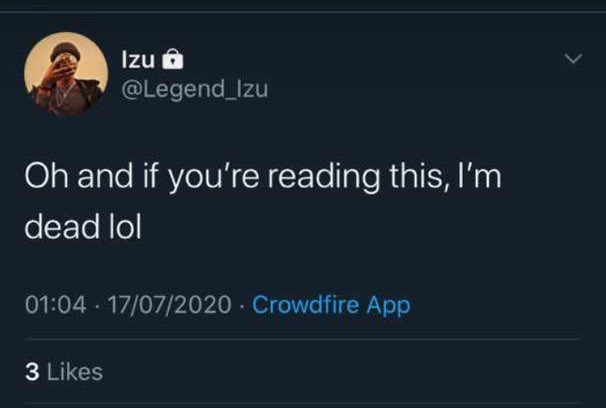 It is really unfortunate that the so called Nani was his friend, she didn’t ask him any question whatsoever, she just opened her mouth to accuse him!! Because she is fighting for victims “blindly”. Below is the chat between Izu and Nani: It seemed Izu and Nani had some cheating or relationship issues unresolved. According to a leaked chat between both, it shows Nani being seriously angry with Izu. Though, Izu sought for forgiveness. Nani might still be angry and resolved to deal with Izu in a bigger way! Check it out below: 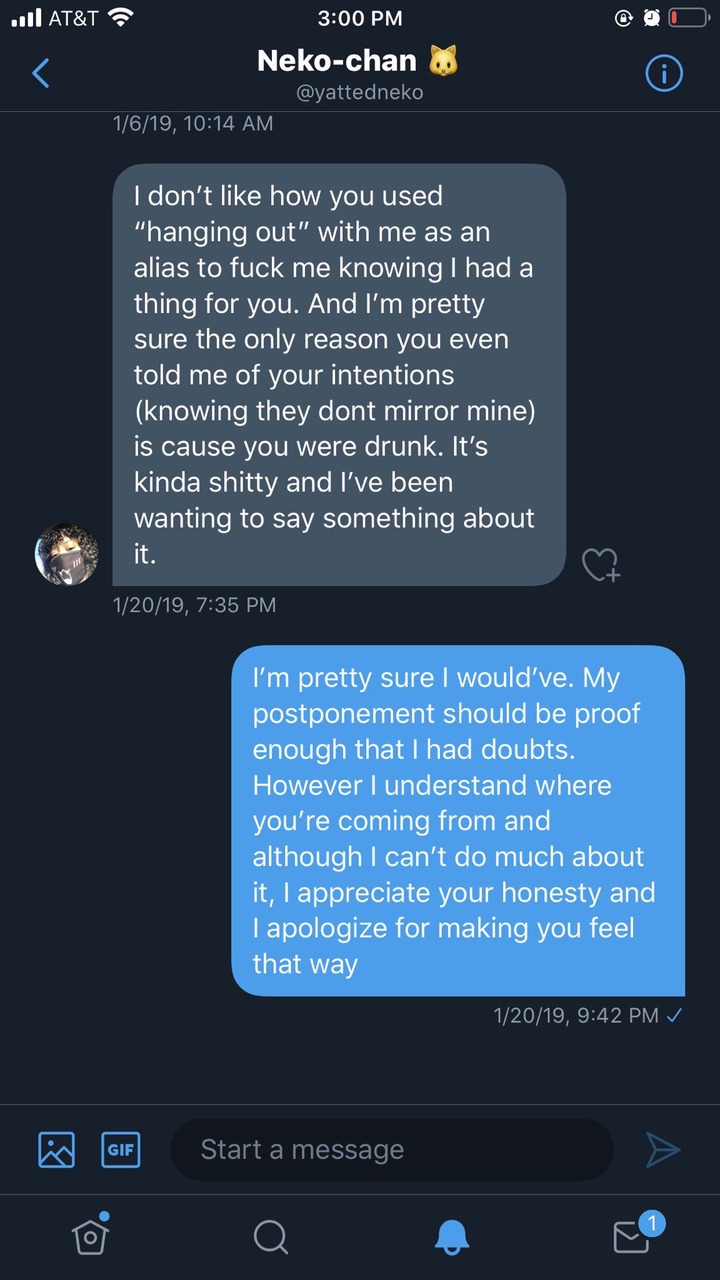 With due respect to Izu, the dead. How people opt for suicide as the way out shows the person is actually living for something smaller or self, you can't be living for God and thinking of suicide; not possible. I admonish us to live for something bigger than just self or people.

I am just encouraging people that suicide is not the way out, no matter the circumstance or event. If we stay alive long enough the truth will always find itself to the top, no matter how hard it has been covered or hidden!

Of course, people have different emotional strength. We act differently when faced with circumstances. He couldn't just find someone to convince him not to commit suicide. Honestly, killing someone else is not easy let alone commit suicide! In this society of ours, stigmatization is another issue! If you are ever tagged a rapist, even if you prove you didn't do it, it is a tag that will somehow always be there.

People will always look at you somehow, especially in a country like this. As a warning, dont be quick to defame or wrongly accuse someone without finding your facts or giving the other side to his or her own story.

Let's know your thoughts or reactions to Izu, Nani and suicide saga.