Father Of The Late First Female Pilot Reveals His Conversation With His Daughter Before Her Death.

The death of the first female combatant helicopter pilot in Nigeria, Tolulope Arotile, has gotten lots of reactions from people in the country as her death is seen as a sudden one. 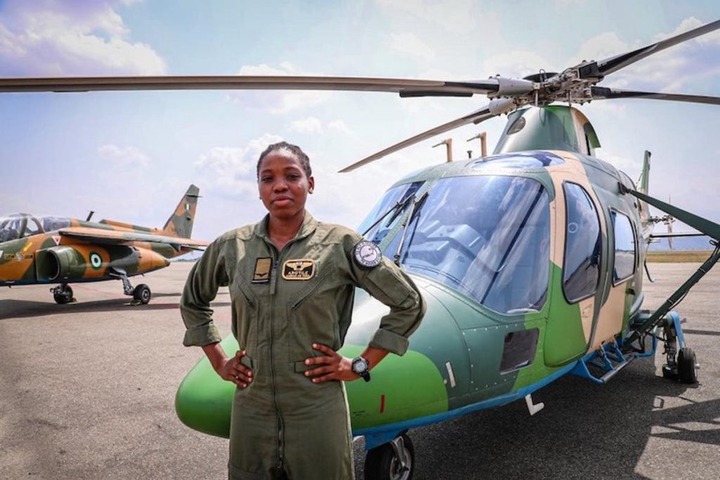 With this, still being shocked of his daughter's death, the father, Mr. Akintunde Arotile, revealed that he spoke with her few hours before he was told she's dead, and he never knew she'd die. 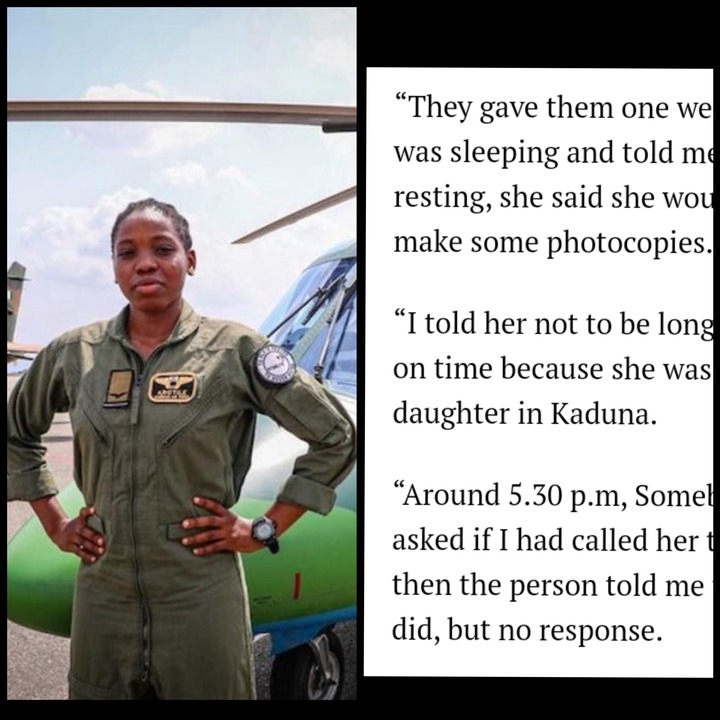 He explained this to the News Agency of Nigeria (NAN), and revealed that he was on a call with his daughter with which she was explaining her operation against bandits in Katsina and how the operation was a success.

He said that Tolulope told him the who operative agents were given one week to rest after the operation, and that she was in bed resting, that she would later go out to make some photocopies.

Being a father, he advised his daughter not to stay long outside and to return home as soon as possible.

It was after this few hours that he received the information about her death which he regard as a sudden happenstance.

The attachments below contains more details about the information revealed by the father, and the conversation: 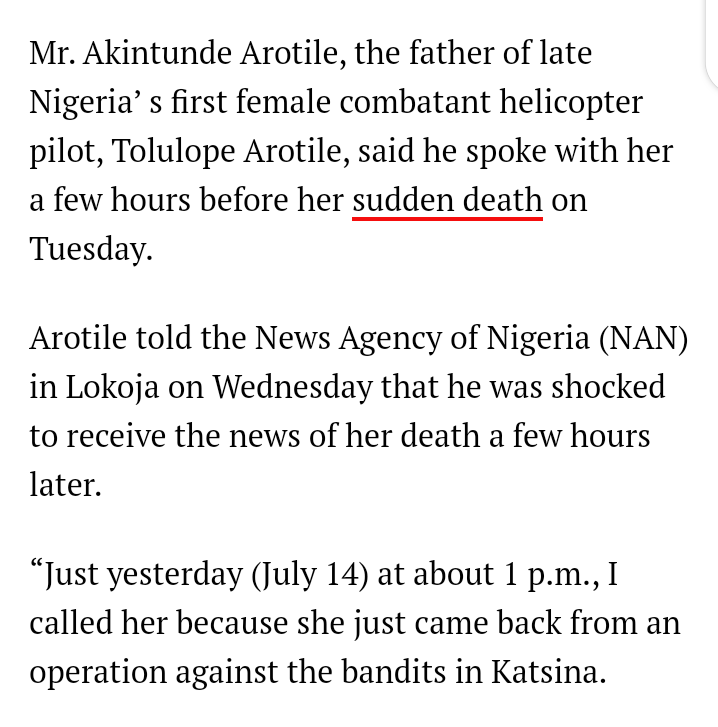 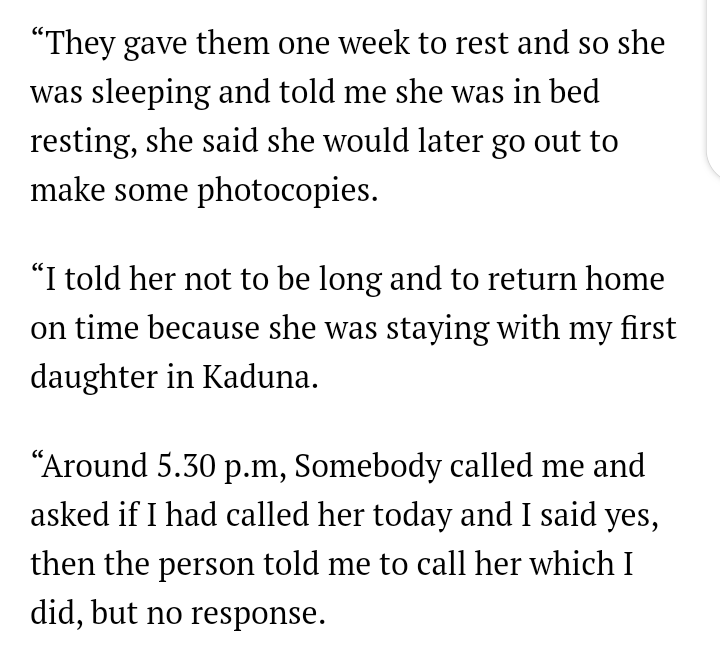 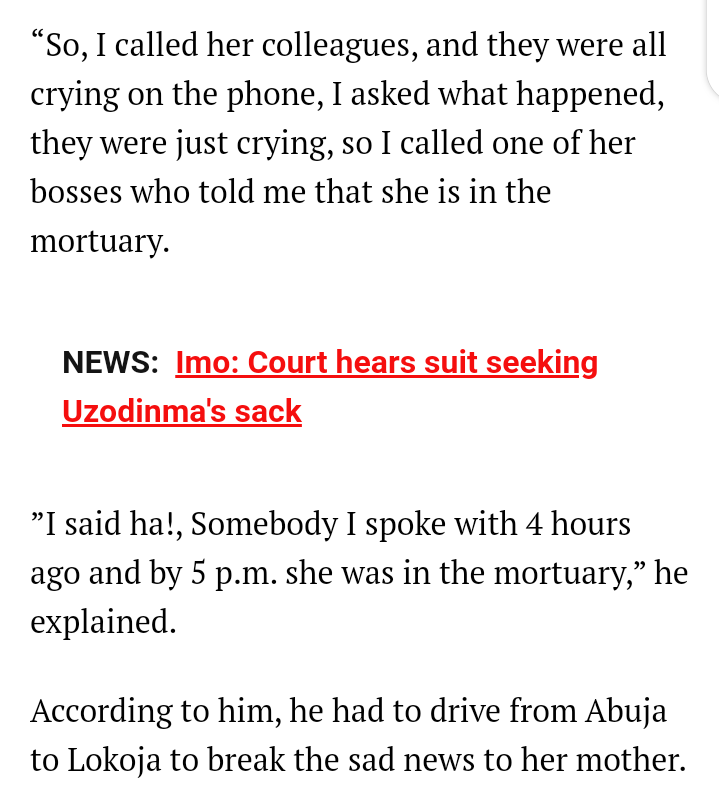 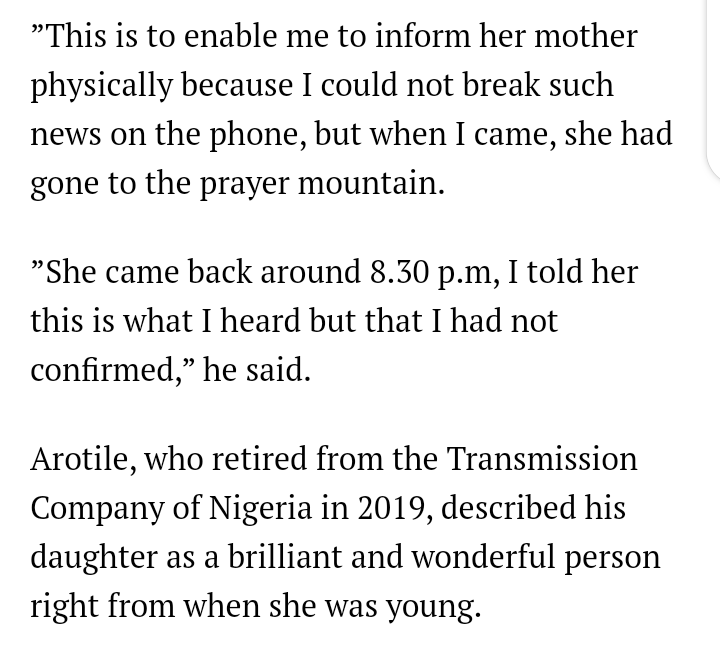 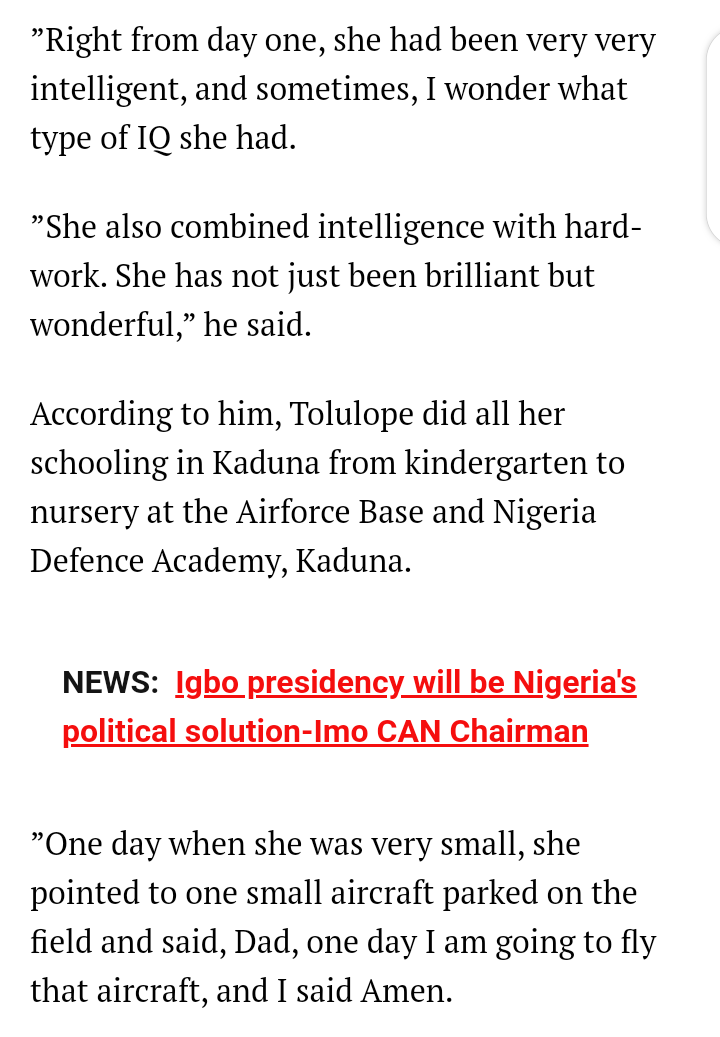 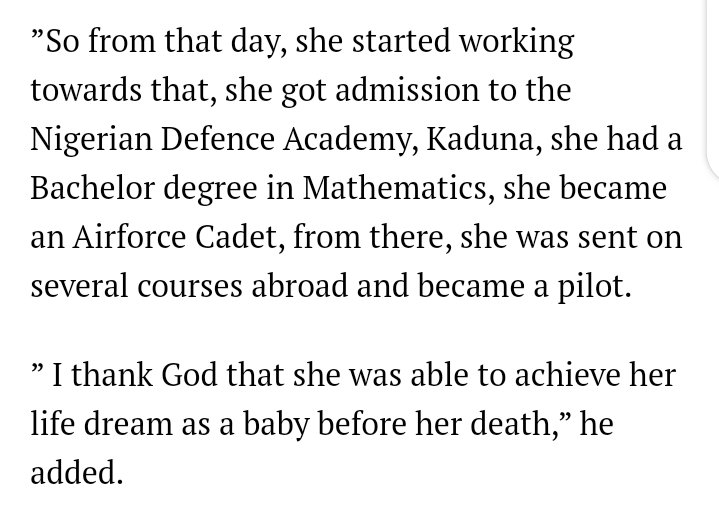 Don't you think this is saddening?

We wish her a peaceful rest.