23 years old girl and her new lover arrested for the murder of her former boyfriend.

By Infogist (self media writer) | 2 years ago 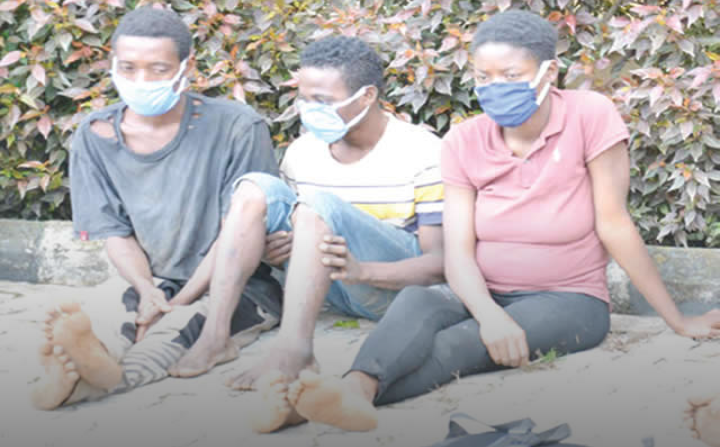 A 23 years old lady has been arrested in Ondo state for the killing of her former boyfriend.

The 23 years old woman simply identified as Iyabo Julius connived with her current boyfriend, Adebayo Sunday to rob and kill her former boyfriend, Suleuman Azeez. She was arrested with other people who were involved in the act by the men of Ondo State Police Command.

According to the news, the incident happened in Ore Odigbo Local Government Area, Ondo state.

The state police commissioner, Mr. Bolaji Salami said while parading the suspects in Alagbaka Akure, that Iyabo told her new lover to kill her former boyfriend so that both of them can easily get married. He added that the deceased who was a commercial motorcyclist left for work but couldn’t return in the evening, his body was later found in Odigbo.

Adebayo Sunday and Jeremiah Monday, both aged 25 and 20 years respectively were later arrested where they had gone to sell the motorcycle stolen from Suleman.

When they were interrogated they admitted that they are responsible for the crime and said that the deceased former girlfriend, Oyabo was the person who asked them to rob and kill him so that she can easily get married to her new boyfriend, Adebayo Sunday.