Be Careful of Your Friends: Personal Assistant to Gokada's CEO Charged for His Gruesome Murder

By BajaEyo (self media writer) | 2 years ago

The 33 year old CEO of motorcycle company and tech related activities, Gokada was found dead and dismembered in his luxury condo by his cousin who went to check up on him. His name was Fahim Selah. Today, the personal assistant to the victim has been arrested. In a statement released by the New York Police department, it was revealed that the culprit was believed to owe the CEO a significant amount of money. The amount was over 100 thousand dollars the personal assistant stole from him. Even though Fahim found out eventually, he didn't go to the police and instead structured a plan for his friend to pay him back. However, instead of going along with the plan, the personal assistant killed him in his private condo and proceeded to cut him to pieces. The information being revealed now is that the person of interest is named Tyrese Hapsil and he has been friends with Fahim Saleh for over 21 years! Hapsil handled the finances and other related matters for Fahim due to this trust. The police arrested the man in a nearby hotel and security footage recovered gives glimpses of the horrendous crime committed against the CEO.

More video footage also shows the two struggling next to the door of his condo although Hapsil gains the upper hand. As of now, Hapsil has been charged with the murder of Fahim Saleh. Saleh was the chief executive officer of Gokada that began operating in Nigeria in 2018.

He built the business on the premise of simkalr ventures in his home town of Bangledash. The family of the victim have given a statement that they can still not fathom what has taken place to one of their family members and although well wishes and condolences have been sent their way, it's still hard to imagine how the family can recover from such a gruesome murder of their own because of money. The thing that makes it worse is the culprit was someone who they must have thought they could trust. 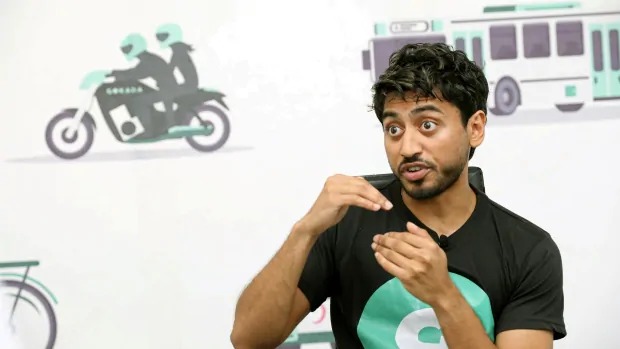 A word to the wise is to be careful of those you think you should be able to trust. Things may not always be as they seem. Although men are not islands and we need each other to survive and thrive, it's pertinent to trust your gut on certain things and to avoid people who may not have your best interest at heart although even in that regard, it might be hard to decipher who and who fit into such categories. Regardless, put everything in prayer to God and watch your back. We will keep you updated.

Content created and supplied by: BajaEyo (via Opera News )