Whenever we see the news about the recent George Floyd’s death we are quick to ignore the various other systematic and subtle forms of racism that all African American and Black people not just in the US but around the world face on a daily basis. 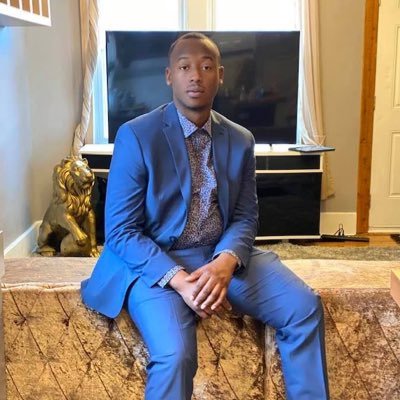 D'Arreion Nuriyah Toles was returning home from a late night at the office, when a white female tenant who lived at the 3rd floor of the apartment building blocked him from entering his St. Louis, Missouri, apartment and repeatedly questioned if he lived there. Toles captured the encounter on video. 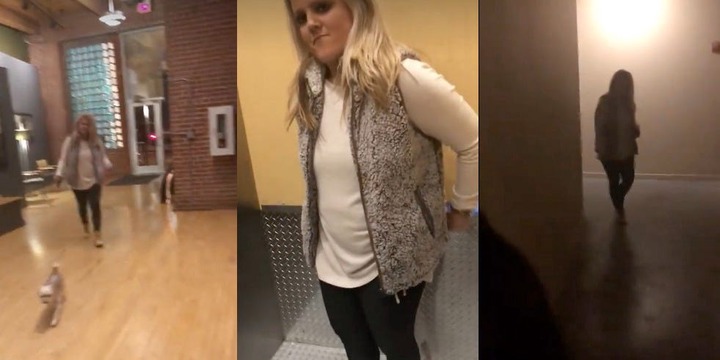 The encounter started off with the lady abruptly stopping him from entering the building by blocking the entrance, when Toles confronted her asking why she was blocking him from passing, she then answered telling him that she didn’t believe that he lived there and seriously implied that he couldn’t have been able to afford a place like that. Seriously annoyed at this, Mr. Toles demanded that she let him pass, but the white lady wasn’t budging, as she asked him for his apartment number, Mr. Toles declined telling her that he could not disclose such information to he,r saying that she wasn’t the owner of the building but rather a fellow tenant, so he wasn’t obliged to disclose such personal information to her, he then to prove that he lived there, showed her his keys, but still the lady wasn’t buying it. Completely annoyed and frustrated by this, Mr. Toles then pushed her aside and walked over to the elevator, but then the lady followed him even attempting to stop him from boarding, and while in the elevator with him tried to justify her actions saying she just wanted to know what apartment he lived in as she kept on interrogating and questioning him. 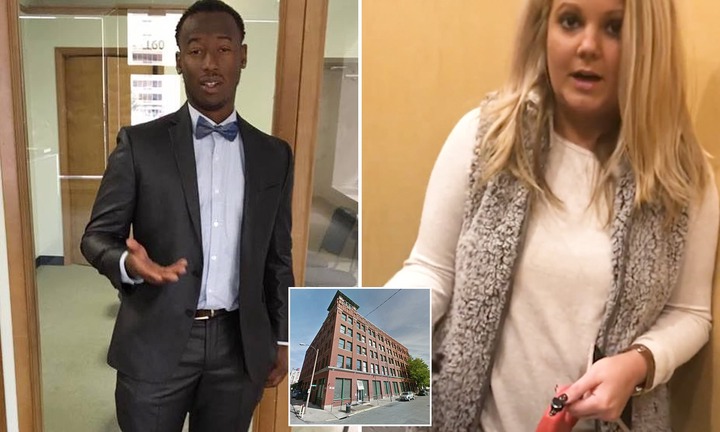 Mr. Toles ignored her and while getting off the elevator threatened to call the police on her for harassment, still the lady followed him, saying she just wanted to know what unit he lived in carrying her dog along with her. On arriving at his apartment Mr. Toles then opened the door with his keys and then began scolding the now apologetic woman, telling her to never try what she did to him again and that she had just made a fool out of herself, and before giving the woman time to apologize closed the door at her. 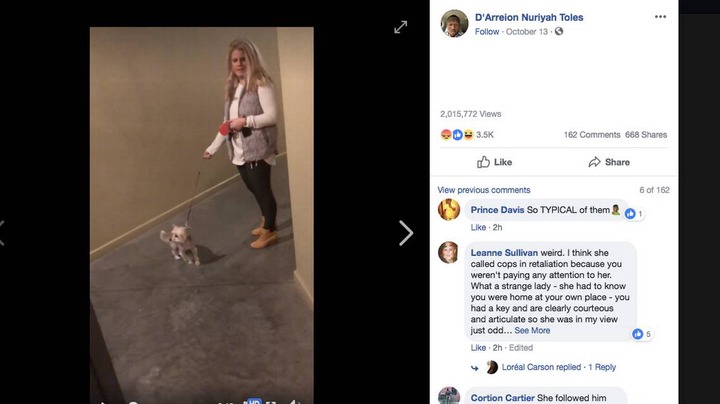 Since the video’s release, the woman has been fired from her job. And Mr. Toles has refused to press legal charge against the woman, saying that he didn’t want to ruin her life and that he since the incident was now in talking terms with the woman. the lady had since faced scrutiny online on various platforms from people condemning her actions.

Here is the recorded video by Mr. Toles of the incident