Remembering Nigerian Man Who Had 6 Children With His 6 Daughters So As To Create A Unique Bloodline.

Remembering Father Who Had 6 Children With His Own Daughters So As To Create A Unique Bloodline.

This may Sound shocking to many Viewers but it is True as a Nigerian Man was Jailed for 90 years After He Was convicted for fathering 6 children with his own daughters so as to Create a unique Bloodline, so he said was his intentions.

He Was a Music Director who was known by his name Aswad Ayinde and was living as a resident in the United states of America, Aswad who is 56 years of Age, had five expected trial of which he was sentenced to 50 years in Jail on the second trial for raping all his 6 daughters which got them pregnant and later gave birth for him. The most annoying aspect of it was that he assaulted one of his daughters who was just 8 years of Age. 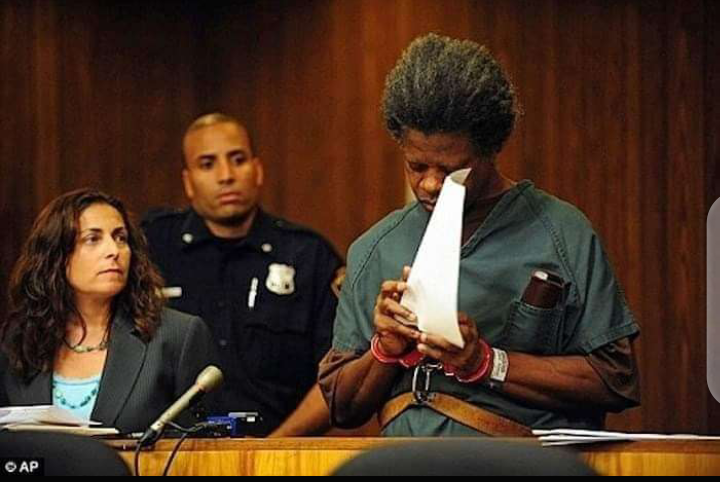 He is known wisely for directing the music fugees 1996 smash hit which went viral as at that time, it was titled 'killing me softly'. When Aswad was asked of his intentions when he carried out the dreadful act which he had pleaded guilty to, he claimed it was to create a unique Bloodline as the world was coming to an end, claiming he and his offspring were the chosen ones. His wife cried her eyes out as she did all she could but couldn't stop him from carrying out the dreadful act.

Along the way during his trial, it was realized that he started molesting his second daughter at the age of 8 and impregnated her on four different occasions. The Abuse and molestation took place for almost 30 years before his wife finally got a divorce. All this happened in their home in New Jersey. 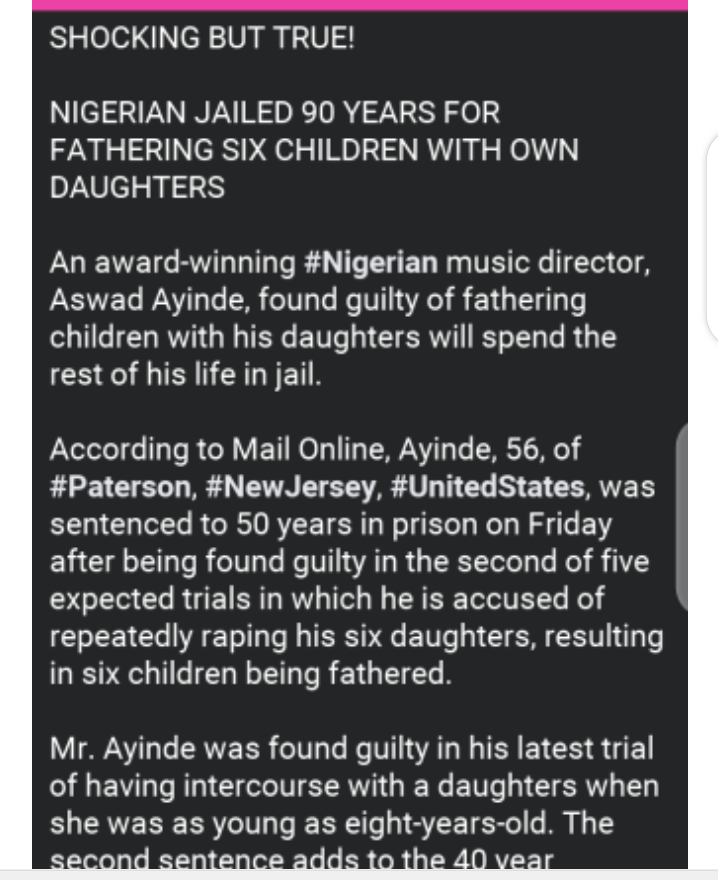 Aswad wife claims he usually starve her Girls and also beat them with wooden plank, all the children given birth to by her daughters, birth certificate weren't obtained for them, and when two of the infants died, Aswad buried them without the knowledge of the authorities.

He made sure his daughters were home schooled and isolated from other children in the community they were in, so as to keep their family secret within the walls of his house. Then His wife was too afraid to confront him as he carried his evil plan without hindrance.