It has been the darkest time of life for the Suspended Chairman of the Economic And Financial Crime Commission (EFCC), Ibrahim Magu who was detained for a third night since his arrest on Monday when he arrived Aso Villa at about 1:35pm to answer some questions.

Since that Monday, Magu considered what he is presently going through as the darkest moment of his life and the doing of Allah, as he was whisked away from the Presidential Villa to the Force Criminal Investigation Department (FCID) at about 10.15pm, after being interrogated for several hours by the investigative panel headed by Justice Isa Ayo Salami, the retired president of the Court of Appeal.

Magu was grilled for many hours again on Wednesday after the police raided his house. It appears more allegations are being levelled against him everyday by the panel. 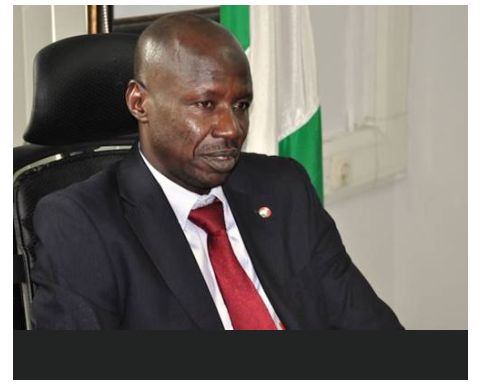 A source from FCID reported that Magu refused to be sleeping in an office provided for him by the police officers in charge of his detention and chose to be sleeping on a chair in a waiting room.

Since Monday, his escort mobile policemen and security detail had been withdrawn.

Magu comes from the FCID daily to answer the presidential panel probing him. Though, the report has it that Magu was not molested and he has unfettered access to his phones and he was allowed to observe his prayer time.

After the first sitting on Monday, Magu was led into a waiting white Hilux. A drama ensued as Magu insisted on sitting in the open space at the back of the Hilux, despite the persuasion of the police team leading him to FCID to sit in the first cabin. 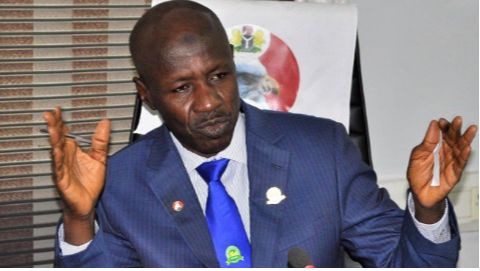 After about 25 minutes of a noisy argument, he was eventually allowed to go to the FCID in his official car with some police officers sitting with him in the car and the white Hilux van coming behind.

They arrived the FCID around 10.50pm.

Meanwhile, many Nigerians have reacted to his detention that it is unfair to his personality to be keeping him in the FCID custody since he has not been indicted, that the panel should rather prosecute Magu in a judicial Court instead of making him go through mental strain every day.

Though, Magu has contacted some high profile Nigerians who could help him talk to the Mr President, so as to have a soft-landing. A source in the presidency disclosed this that there is a lobby group advocating for a soft-landing for Magu, but President Mohammodu Buhari still keeps silent on it.