The primary cause of violation is the Defiler.

The secondary cause of Violation is the Defiler.

The immediate cause of violation is the Defiler. 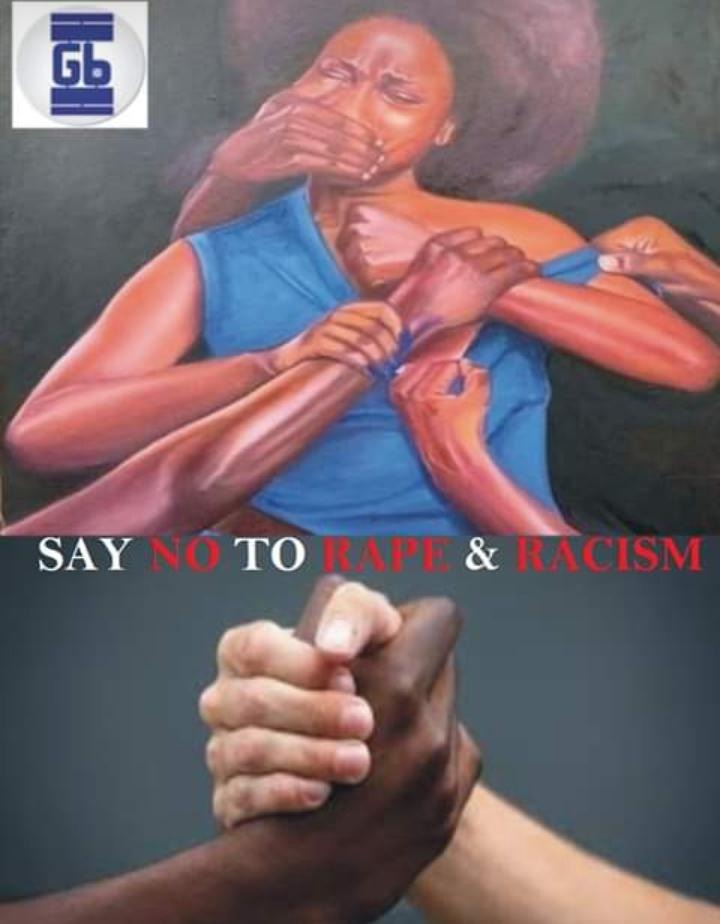 According to the UNICEF report in 2015 ,one in four girls have either been violated or molested before the age of 18. Of all the violation cases, less than 10% are reported, and out of the reported cases, only a few get justice. People refuse to report defilement cases as a result of stigmatization and fear of victimization by their abusers and the society.

It should be noted that people are free to dress the way they want to dress, calling a type of dress indecent is a stereotype on its own. This begs the question about who made the rules about dress mode, because to be fair, well clothed women and even kids get molested . So, it is not about the dress mode. A man once said that according to the holy book, Matthew5:29&30, “In the case of violation, It’s either your eyes are the problem or your sex organ, you can do yourself the good of taking it off.”If indecent dressing is responsible for defilement, have you seen an unclad mad woman? Are these abusers attracted to her? This issue have eaten deep into our world that some people do not realize the damage that violation can do to a woman. Defilers are sure to be facing some psychological issues. They need to have their heads checked. There is also a theory that proves that an abused person will turn out to be an abuser .They may also be a bunch of people who cannot control their sexual desires.

Defilement can be linked with the need to always dominate which is also an ideological problem that can be traced to how a person sees and views the world.

“I am physically stronger; hence subduing her will not be a problem". Believing that the female gender is beneath and can be manipulated, mutilated and taken advantage of for pleasure is the driving force for such an unspeakable evil. There is a need for all to know that women are to be respect and their “NO” means "NO" not "TRY HARDER". However, the fact that the male gender also gets violated will not be ignored. Abuse is not a trophy. It is wrong to praise anyone for being violated , it is a crime!

So, where is the problem from? From a very tender age, girls are taught to always keep themselves by being decent, when she does not sit properly; she is scolded, she is taught to preserve her pride. She is given so much attention! This is amazing but it is futile if the boys are not given the same education. In a world where boys are praised for being flirty and girls condemned for doing the same, it is futile. If girls are thought to be decent, boys should be taught to respect and not violate the other gender. A woman's sexuality is not a trophy and should not be seen as a conquest as this practice is common among young adults and teenagers.

Students and other community believe that the government also need to rise to the occasion by first making laws that will discourage such dehumanizing acts like defilement. The world is a wild place after all, some people will still not desist from it as there are unrepentant abuser and pedophile among us, we look forward to a world where the security agency should be equipped with state of the arts technology on how to properly tackle abuse cases so that the real perpetrators of such acts are punished. It would be a tragedy to persecute the wrong person for a crime.

Also, the courts should also be swift and smart in giving judgments so that cases do not get piled up, "justice delayed is justice denied".

Schools, NGOs , religious organization ,social clubs should go on massive sensitization of their members and the populace about abuse and its effect on both prey and predator. Sex education should be introduced to primary school thereby abuse and it consequences should be extensively discussed. Other organizations and higher institutions should constantly hold seminars and lectures to educate their members and student. NGOs, especially relating to women and the girl child be supported in aiding vulnerable ones in the society get justice as and when due.

The fight against abuse is one that involves all and sundry, if we all work together we can drastically reduce abuse cases in our society. A violation free society creates a safer and more rewarding society and the female gender don't have their dreams truncated at various levels of their lives. We hope our generation will build world where all genders can walk freely and alone in a dark alley without fear of their life and future being threatened. Abuse victims should rise above stigmatization and victimization and report their violators by not bowing to death threats.

Who is to be blamed? Click on the follow button and feel free to drop your opinion