See The Oldest Prisoner, Who Was Sentenced At 16 Years And Served For 64 Years

By NaijaSenate (self media writer) | 1 year ago 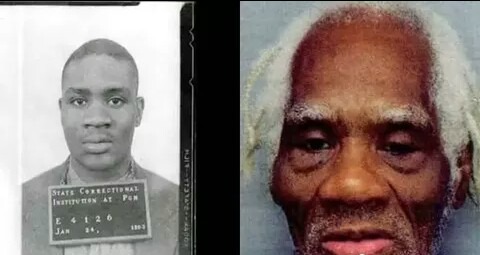 Joseph Ligon is currently 79 years of age. He has stayed the oldest serving youth prisoner in USA. Joseph was sentenced in 1953, when he was 16 years old.

He was sentenced after committing a gang turmoil and stealing which caused the death of two men. He has stayed in prison for 64 years. Some of his other convicts have died while others received freedom.

Joseph would love to be freed as he argued that he wasn't guilty of the charge he was being indicted of. Lately, he was given parole, that means he would be released from prison but he will remain under the supervision of the Pennsylvania Department of correction, but he rejected.

He has a household in New Jersey that he would love to reunite with them, and as he contends, he said he has served longer than enough.

When Joseph was sentenced, there were four other teenagers that were convicted the same time. But Ligon claims in his affidavit that he stabbed just one individual who he alleged that he later survived.

It appears he was not appeased with the parole request, he liked a full freedom so he can leave and meet his family.

Content created and supplied by: NaijaSenate (via Opera News )