How being a detective (undercover) became a professional job, from the first detective bureau

Detective stories end up making the best movies on our day to day cinemas with the traditional elements of the detective story are: (1) the seemingly perfect crime; (2) the wrongly accused suspect at whom circumstantial evidence points; (3) the bungling of dim-witted police; (4) the greater powers of observation and superior mind of the detective; and (5) the startling and unexpected denouement, in which the detective reveals how the identity of the culprit was ascertained 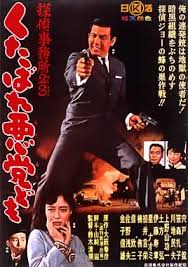 The profession of detective had come into being only a few decades earlier, and Poe is generally thought to have been influenced by the Mémoires (1828–29) of François-Eugène Vidocq, born July 24, 1775 in 1817 founded the world’s first detective bureau, in Paris. 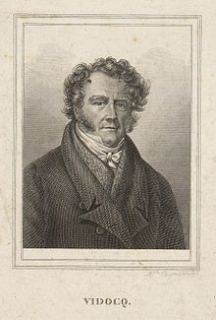 little is known about his childhood; most of it is based on his ghost-written autobiography and a few documents in French archives. His father was well educated and, for those days, very wealthy, since he was also a corn dealer. Vidocq had six siblings: two older brothers (one of whom had died before he was born), two younger brothers and two younger sisters. Growing up from a boy to a man, he was fond of the prison always in and out. Finally, Vidocq built up a reputation as a businessman and finally felt secure enough to let his mother come live with him and the widow; but finally, his past caught up with him. He was arrested and brought to Louvres. There, he learned that he had been sentenced to death in absentia. On 1 July 1809, only a few days before his 34th birthday, Vidocq was arrested again. He decided to stop living on the fringes of society and offered his services as an informant to the police. His offer was accepted, and on 20 July, he was jailed in Bicêtre, where he started his work as a spy. On 28 October, he continued his work in La Force Prison . After 21 months of spying, Vidocq was released from jail on the recommendation of Henry. So as not to raise suspicions among the other inmates, the release (which took place on 25 March 1811) was arranged to look like an escape. Still, Vidocq was not really free, because now he was obliged to Henry. Therefore, he continued to work as a secret agent for the Paris police. He used his contacts and his reputation in the criminal underworld to gain trust. He disguised himself as an escaped convict and immersed himself in the criminal scene to learn about planned and committed crimes. He even took part in felonies in order to suddenly turn on his partners and arrest them. When criminals eventually began to suspect him, he used disguises and assumed other identities to continue his work and throw off suspicion. The police department recognized the value of these civil agents, and in October 1812, the experiment was officially converted to a security police unit under the Prefecture of Police . Vidocq was appointed its leader. On 17 December 1813, Napoleon Bonaparte signed a decree that made the brigade a state security police force. From this day on, it was called the Sûreté Nationale. His annual income was 5,000 francs, but he also worked as a private investigator for fees. Rumors at the time claimed that Vidocq set criminals up, organizing break-ins and robberies and having his agents wait to collect the offenders. Even though some of Vidocq's techniques might have been questionable, there seems to be no truth to this. In November 1820, Vidocq married again, this time the destitute Jeanne-Victoire Guérin, whose origin is unknown, which at that time led to speculation. She came to live in the household at 111 Rue de l'Hirondelle, where Vidocq's mother and a niece of hers, the 27-year-old Fleuride Albertine Maniez (born March 22, 1793), also lived. . On 20 June 1827, the 52-year-old handed in his resignation. Vidocq, who was a rich man after his resignation, became an entrepreneur. In Saint-Mandé , a small town east of Paris where he married his cousin Fleuride Maniez on 28 January 1830, he founded a paper factory. Vidocq is considered by historians as the "father" of modern criminology. His approaches were new and unique for that time. He is credited with the introduction of undercover work , ballistics, criminology and a record keeping system to criminal investigation . He made the first plaster cast impressions of shoe prints. He created indelible ink and unalterable bond paper with his printing company. His form of anthropometrics is still partially used by French police. He is also credited with philanthropic pursuits he claimed he never informed on anyone who had stolen out of real need. At the same time, his work was not acknowledged in France for a long time because of his criminal past. In September 1905, the Sûreté Nationale exhibited a painting series with its former heads. However, the first painting of the series showed Pierre Allard, Vidocq's successor. The newspaper L'Exclusive reported on 17 September 1905 that on obtaining information concerning the omission, they had gotten the answer that Vidocq had never been head of the Sûreté.