By Mindwheels (self media writer) | 2 years ago

On Tuesday, 14th of July 2020, the body of Fahim Saleh Was found dismembered in different locations in his New York Apartment. 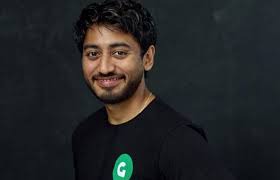 Since the Murder occured, the New York Police Department have began investigating the Cause of his Death. Police sources say the killing was financially motivated, but no other detail has emerged, DailyMail reports. According to an unnamed friend, neighbours heard screaming and loud noises but no one called 911.

Fahim Saleh was born in Saudi Arabia to Bangladeshi parents who eventually settled near Poughkeepsie, N.Y.

But, who could have Killed a young tech entrepreneur with a history of doing business in Nigeria and Bangladesh and cut his body in to pieces in his multimillion dollar Manhattan Mansion? at first it seemed to have all the trappings of an international thriller. During investigation, it was revealed that Someone in a black suit, a mask and latex gloves had followed the victim, Fahim Saleh, into his apartment while carrying a duffel bag, a security video showed. The person then subdued Mr. Saleh with a Taser, stabbed him to death and returned the next day to dismember him with an electric saw, the police said. One law enforcement official said it “looked like a professional job.”

According to the Police, instead of leading detectives toward Mr. Saleh’s overseas business projects, the evidence quickly pointed to someone close to home - his onetime personal assistant. On Friday, the former assistant, Tyrese Devon Haspil, 21, was arrested and charged with murdering Mr. Saleh, 33. Some investigators theorized that the suspect had tried to make the killing look like a professional assassination to divert attention from himself.

Mr. Haspil, a Long Island native who had recently attended Hofstra University, was arrested at 8:45 a.m. on Friday in the lobby of a building at 172 Crosby Street in SoHo, where he had been staying in an apartment with a female friend, one official said. New York detectives and federal agents from a U.S. Marshals Service regional fugitive task force took him into custody.

Detectives believe that he began working for Mr. Saleh when he was 16, and eventually started managing some of his finances as well as taking care of personal matters, like caring for his dog. One official said Mr. Saleh paid him well enough that he was able to settle the debts of several members of his family. What could have made such an Assistant kill his Boss as such?

Content created and supplied by: Mindwheels (via Opera News )