The past few weeks has been filled with news concerning Nigeria and Nigerians in diaspora. Many Nigerians abroad are not presenting the image of the nation in a good way while few are actually making marks and add values that has attracted international recognitions. Either way, both the good and the bad representations have attracted international recognitions and as a result most developed nations have modified there laws against Nigerians.

A few good examples of good representation of Nigeria and Nigerians in diaspora is Ikenna Nweke who is currently in the Japan building himself and his family. Others include the doctor who performed a surgical operation that was successful, the first black female Vice chancellor and many more. The case of Hushpuppy is no more new to virtually all the countries of the world.

Ikenna Nweke gained media attention late last month after he saw a purse with cash on the ground in Japan. He took a very commendable step by returning the money to the designated authorities who later found the owner of the purse. This came as a shock to many citizens of the country, who were wondering how Faithful a man like him could be. 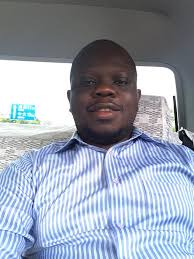 Having done this the reputation of not only Nigerians but Africans especially the black and other black humans around the globe has been boosted by such remarkable deed. He revived the hope of all blacks and represented us well.

Ikenna who is from Amauzari in the Isiala Mbano Local Government Area of Imo State, was born in Okpoko, Onitsha, Anambra State, where he attended both elementary and high school. Before traveling to Japan in 2013, he briefly attended the Enugu State University of Science and Technology for a Diploma course. He was granted a Global 30 International Scholarship programme sponsored by the Japanese government. He is a Nigerian PhD student who has completed graduate and master’s degrees with the aid of the scholarship.

According to him, on the day the incident happened, he was returning from the university where he works as a teaching assistant. He saw the purse with big money after getting to a city centre where he thought it good a kebab for his wife. He recounted that he opened the purse saw the money which could be up to about 10,000 yen and decided to return it to a nearby police department.

He said the police man was surprised when he realised the huge money in the purse that an African could see such money and return it. Reasons why he should be given an award:

1. He carried out such a nice and remarkable deed at a time when the country needed it most, thereby increasing the reputation of the country in a positive way

2. His reason for returning the money was not for any personal gain or recognition but to save a nations dignity and integrity.

3. He was able to prove that Nigeria has good representatives within and outside the country, thereby increasing the trust in its citizens.

4. He has opened up a cordial relationship between Japan and citizens of Nigeria as Nigerians might be given opportunities to travel into the country and when found Faithful, some might be rewarded with good employment. 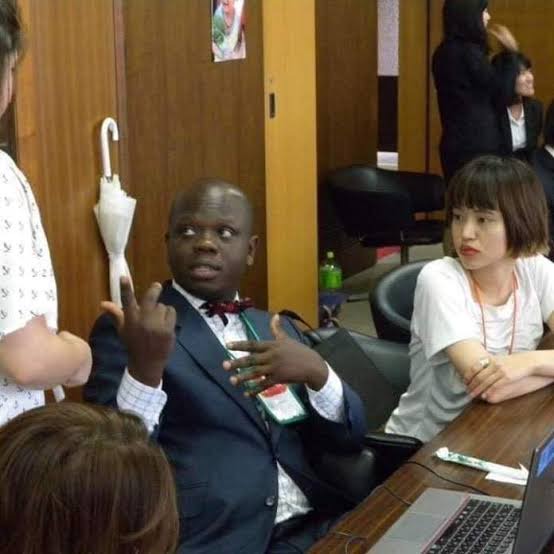 5. He proved to be a true Christian and true worshipper of GOD.

6. He represented the continent Africa and Africans well.

7. He led by example by putting himself in the owners shoe, sharing the pain and regret the owner of the purse might go through if he didn't find the purse.

Finally he said his wife is super proud of me. Nigerians are proud of you and Africa as a who is proud of you. I think he deserves to make such statement as this "I feel encouraged to be a worthy ambassador of my country."