By BrightSonia (self media writer) | 1 year ago 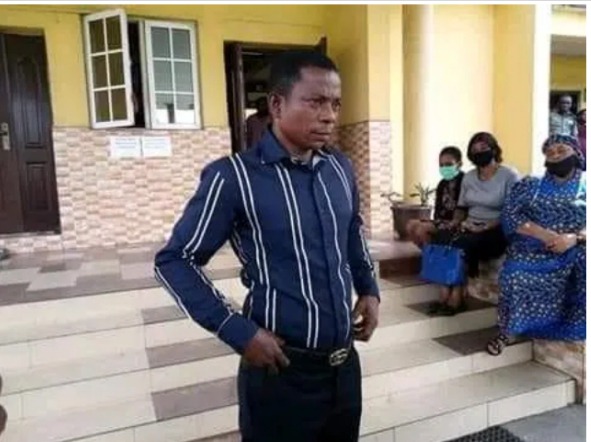 A 47-year-old who hails from Etsako West Local Government Area in Edo State, identified as, Eromosele Mahmud, have been arrested by the police for impregnating his 16-year-old daughter in Rivers State.

According to report, Mr Eromosele Mahmud, have been having canal knowledge of the daughter since 2017, when she was just 12-years-old.

According to the Rivers State Police Public Relations Officer, PPRO, Mr Nnamdi Omoni, who confirmed the incident said that Mr Eromosele Mahmud, was arrested after he reported himself to the police station.

Mr Eromosele Mahmud said that he started having canal knowledge of his daughter since 2017, when she was about 12-years-old, that it always happen whenever an irresistible spiritual force overpower him, the evil forces will move him to make love with his daughter and she will not complain or resist.

He also added that he decided to hand himself over to the police because he knew that he has done an abomination which will make him lose his job, and friends but is also a good thing since it will liberate his daughter.

He gave the exact pregnancy months of her daughter and insisted that the baby should not be aborted.

Content created and supplied by: BrightSonia (via Opera News )