For those people who grew up in the Old Bendel state now Edo and Delta State,The Name Lawrence Anini must ring a bell,A man who believed so much in charms and with his second in command named Monday Osunbor,they held Benin city to a stand still 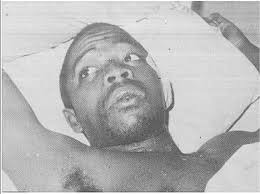 Anini started as a tout or Agbero as it is called in this part where he learned how to drive and became a very skilled driver,soon enough he got contacts of thieves and criminals,he became their transporter,whenever they want to go for a rob,he is the one they run to,I guess this is what triggered his interest in the business and soon after he formed his own gang with Monday Osunbor,a man named Ofege and a host of others 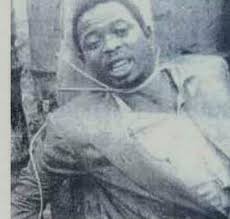 He started car theft and some other petty stuffs before getting fully involved in bank robbery,his fame quickly spread throughout the state as his name tends to ring terror to the ears of everyone,his war with the police came about when two of his members were killed even though he had an agreement with the police to set his men free,he viewed this act as an act of betrayal by the police and he retaliated,in a bank robbery soon after,he killed a policeman on duty and a child also killing two officers who tried to stop his car during a stop and search operation,he was very angry with the police that within the space of 3 months,he has killed 9 policemen as he waged a personal war against them,catching him was difficult as many believed he is either a spirit or has the power to disappear at will

The End Of Anini

On December 3rd 1986,Anini was caught in the company of his girlfriend who many believed sold him out,he was severely shot in the leg,which led to the leg being amputated,his charm left him,how the mighty have fallen 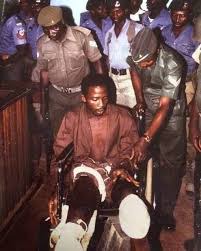 Then military ruler Ibrahim Babangida was very much interested in the case as he ordered a speedy trial,Anini was proven guilty and executed on the 29th day of March 1987 with bullets riddling down his body after being tied to a stake 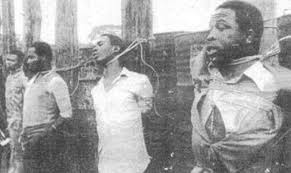 Stay off crimes,it does not end well,Share this article,comment,like and follow me for more interesting updates, thanks