No fear of God anymore, see what this brother did to his sister that made her commit suicide. 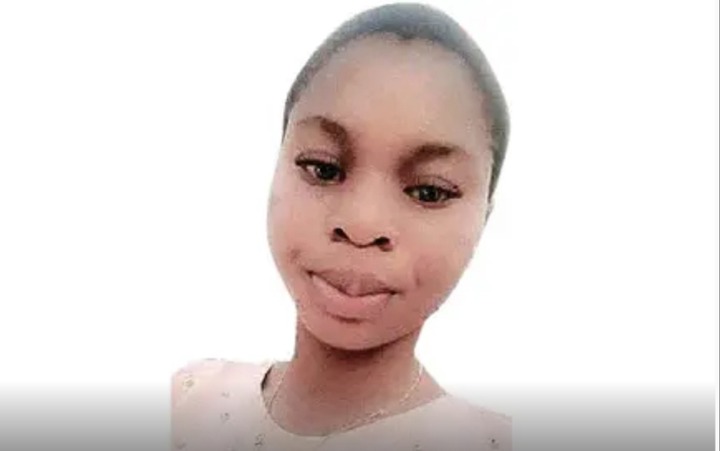 If the next certification exam for West African high schools finally begins, Sherifat Sulaimon will no longer take it.

The 21-year-old SS3 student reportedly committed suicide on Sunday after being beaten by her brother Moliku Sulaimon, who lives in Olorunshogo Iyewa, in the Isawo region of Ikorodu, Lagos state.

Neighbors, speaking to Sunday PUNCH, accused Moliku of seriously attacking Sherifat, saying she was disappointed and took Sniper and passed away after an investigation last Sunday morning.

It is learned that Sherifat and her two siblings started living with Moliku after the mother left the family after the father died. Moliku, the eldest son in the family, is 40 years old.

It was learned that Sherifat helped Moliku's wife get some bread from local baker and put it somewhere in the apartment, then rats infested and ate one of the loaf of bread.

He said there were scars on Sherifat's body, adding that Moliku hurriedly carried her body to their town in Ijebu, Ogun state, where she was buried the next morning.

He said, "After returning from the bakery on Sunday morning, she was beaten again because the rats ate about a loaf of bread. The madness that the woman took was poisoned. She was rushed to the hospital and died on arrival at the hospital. He hurriedly took her body to their town in Ijebu for burial.He knew he would be asked if the police inspected the body and found the scars. The neighbors said the brother bitterly killed Sherifat without knowing. The neighbors in turn took steps against the man.

The head of the community development association, Adekunle Adeigba, said he is unaware of the incident until now.

“Someone called me on Sunday and told me what had happened to me. They say the man beat his sister and that she committed suicide. It was after the accident I heard people say he had beaten her. I did not hear it before the accident, ”said Adeigba.

Traditional community leader Pastor Moises Bakare, reportedly says that he had received many calls from the local population, complaining about the way Moliku abused the lady.

Bakare explained, "A resident informed me of the accident on Monday morning. I was asked if a security agency knew about it and said that Mr. Rasaq from LNSC was at the scene of the accident. I was sad and I asked him to the investigate this matter.

"I asked him if he had examined her body, but he said he didnt. I told him he had to check what people were saying. Everyone was complaining about suicide out of frustration. Made a phone call to file the same complaint and ask for justice for the woman.

“I learned that a policeman from Owutu Police Station came to examine her body. I called him and he said the lady took the Sniper. He told me he did not examine her body. Some of the young people wanted to burn down the man’s house (Moliku) but I calmed them down.

“I asked his wife what had happened and she replied that the lady had done something wrong and that her husband had beaten her. Tuesday, I negotiated with CDA members. We are concerned about the circumstances leading up to the lady’s death, but nothing can be done if the police are unable to take the necessary action. "

In an interview with a reporter, Moliku admitted that he had beaten his sister on that day, but said he was not responsible for the suicide.

Hee said he suspected she was pregnant and was afraid to disclose it while warning of an unwanted pregnancy.

Moliku said, "I have cared for her since she was a child. Will I pray that she dies now? I did not beat her for bread. I ran away from him and called him on the phone, but he did not answer the calls. So I hit him. I hit him three times with a gun in the palm. It happened in the morning and we had breakfast and lunch. Then I went to cut my hair.

“I suffered a lot for Sherifat and her brothers. She is in SS3 and is preparing to sit for WASSCE. It was too early for their mother to leave them, I take care of them. My children have been sad since she died. Even if the school was on vacation and I told her to go see her mother, she would not want to go. If I hurt her, would she not want to go? There was no mark on her body.

"I don't know what she could have done to kill her, but I thought she was pregnant. I always asked her not to get pregnant on time."

Moliku denied any cover-up, insisting he had reported the incident to police.

He added, "LNSC officials found her body and examined it. I was confused. I did not report it to the police, but LNSC officials said they reported the matter to the Owutu Police Station. I got a medical report and some residents wanted me to join to bury her in a cemetery.

“I called her mother and other family members and they told me to bring her body. I was looking for an ambulance on Sunday night that took him to Ijebu. She was buried Monday morning. I have not done anything wrong to her. Only God can vindicate me"

LNSC spokesman Sikiru Olusesi said according to information received from the West Ikorodu body management officer, some officers went to the scene of the accident and took photos, adding that the police division, the Owutu Police Station, announced.

Olusesi said, "Olorunshogo, chairman of the CDA of Yewa Isawo, called on Lagos Ward Security Corps Commander Ikorodu West, Oseni Rasaki, that the suicide case took place in their area. The CO called the Owutu Data Protection Officer to give him advice, that the incident was within his jurisdiction and he had the power to proceed with some information, While the commander of his regular patrol, after being briefed on the case, he met a giant crowd at Bethel Hospital where the corpse of the lady was.

He also appealed to the ADC chairman and some residents to ensure that the case is officially reported and recorded at the Owutu Police Station. He also advised them to bring the body along with representatives of the station community, which they denied the reasons he did not know.

"But since Thursday we learned that the police have begun investigating the suicide case after hearing rumors of her alleged brother being beaten.

Public police officer SP Bala Elkana confirmed that investigations into the case have been opened.