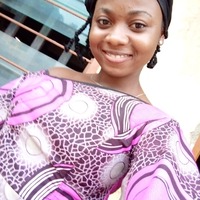 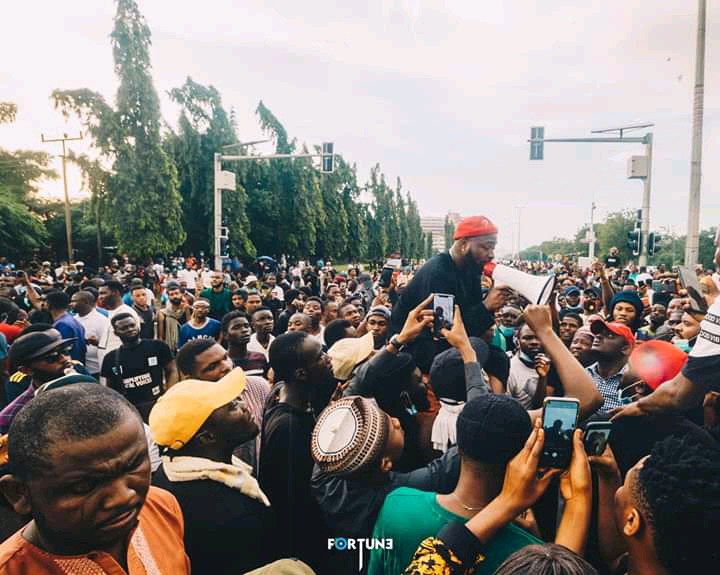 There have been many People on Twitter, that have been blasting the Governor for what he allegedly did. 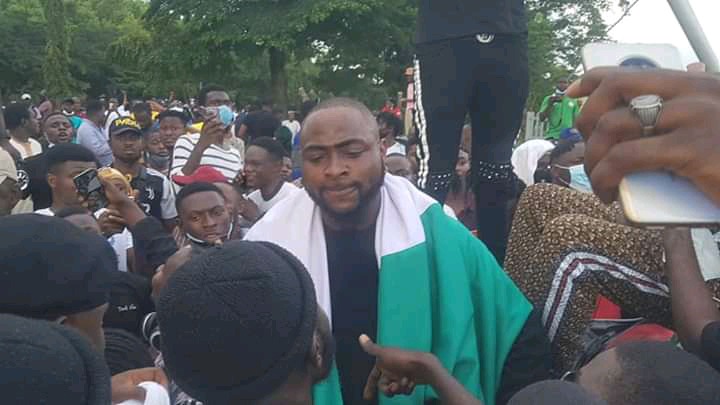 Nigerian Musician Davido, happens to be from the State. And he was among the people that were calling out the governor for what he allegedly did. Davido posted some things on his official Twitter account, and he condemd the act. From his post, he was very angry at the incident that took place, and how innocent Protesters lost their lives. 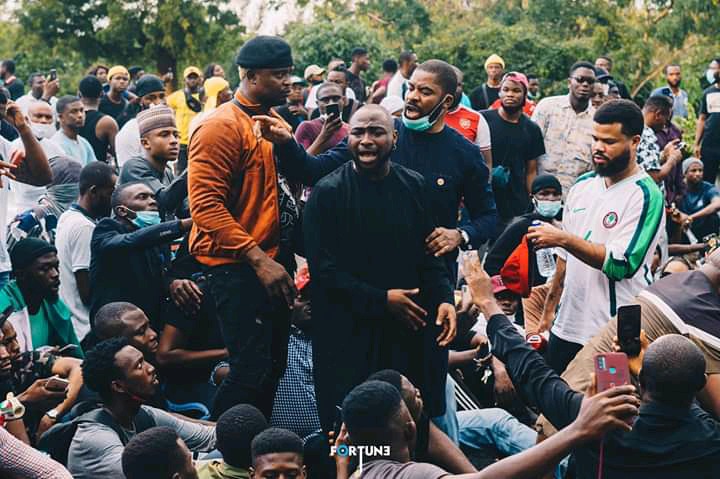 In his post, he said that, the Governor has failed the people of the State. And under his watch, some thugs killed some peaceful Protesters. He also told the governor that no kind of intimidation can subdue the people. He further went on to tell the Governor, to Provide the Policeman that shot and killed the Protesters. 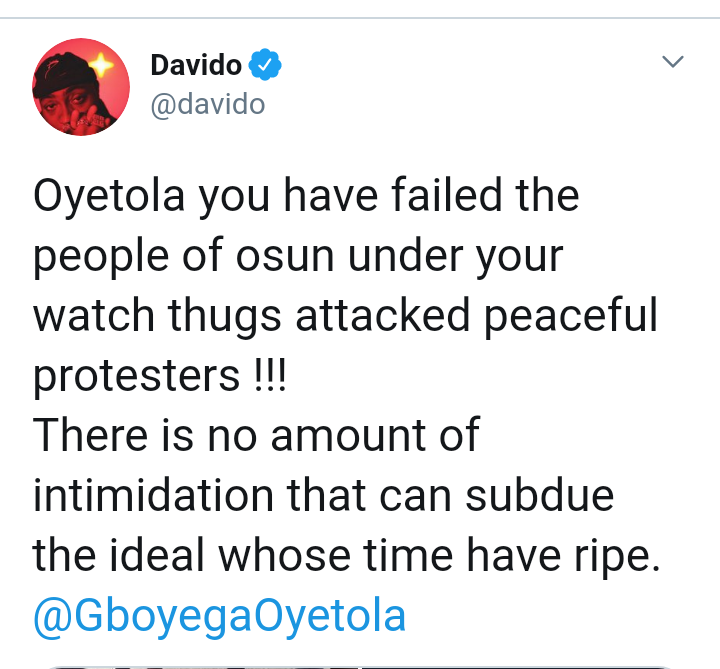 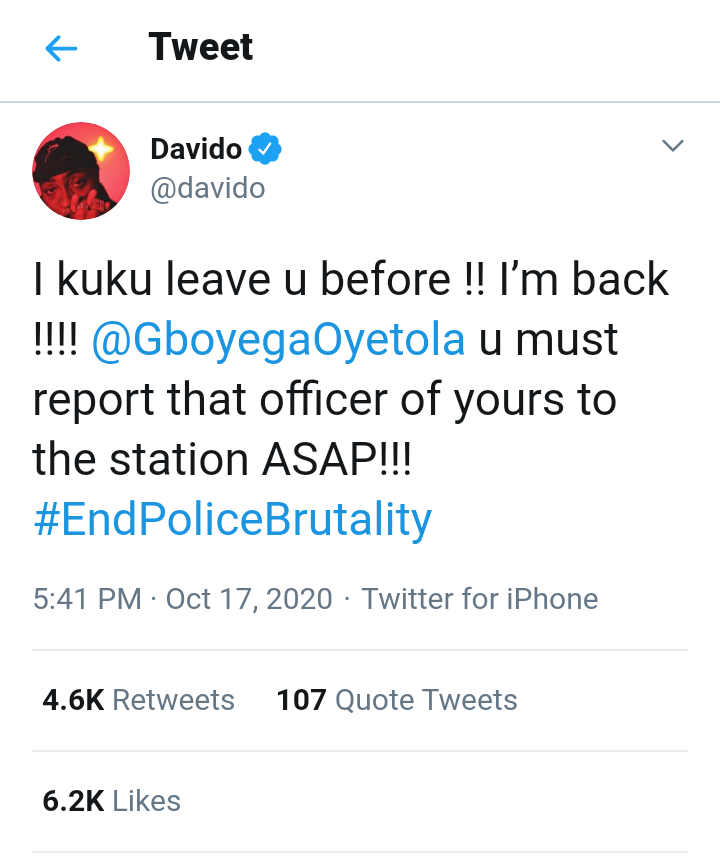 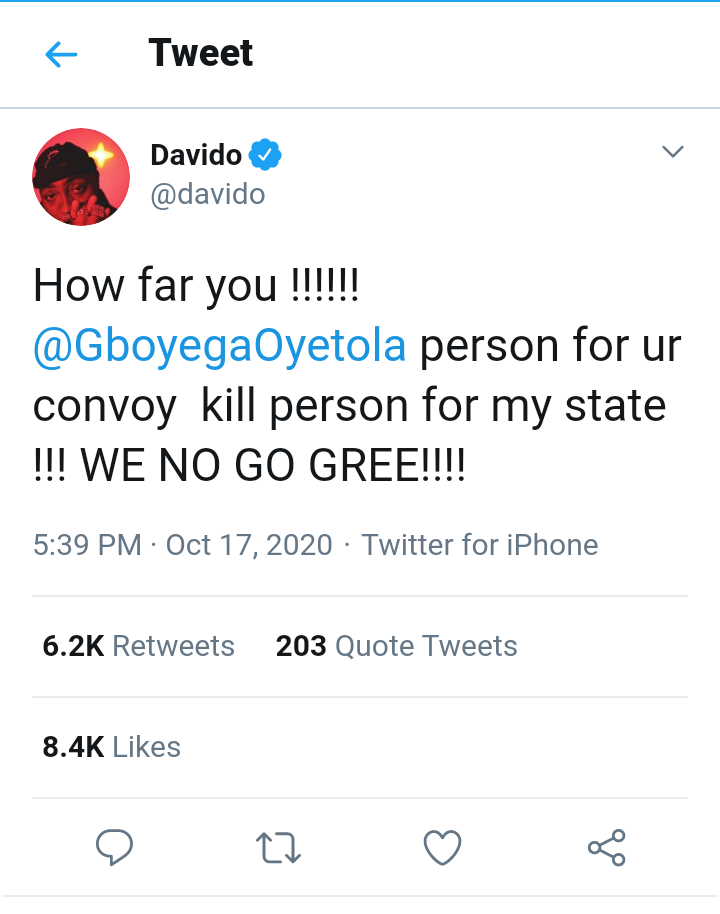 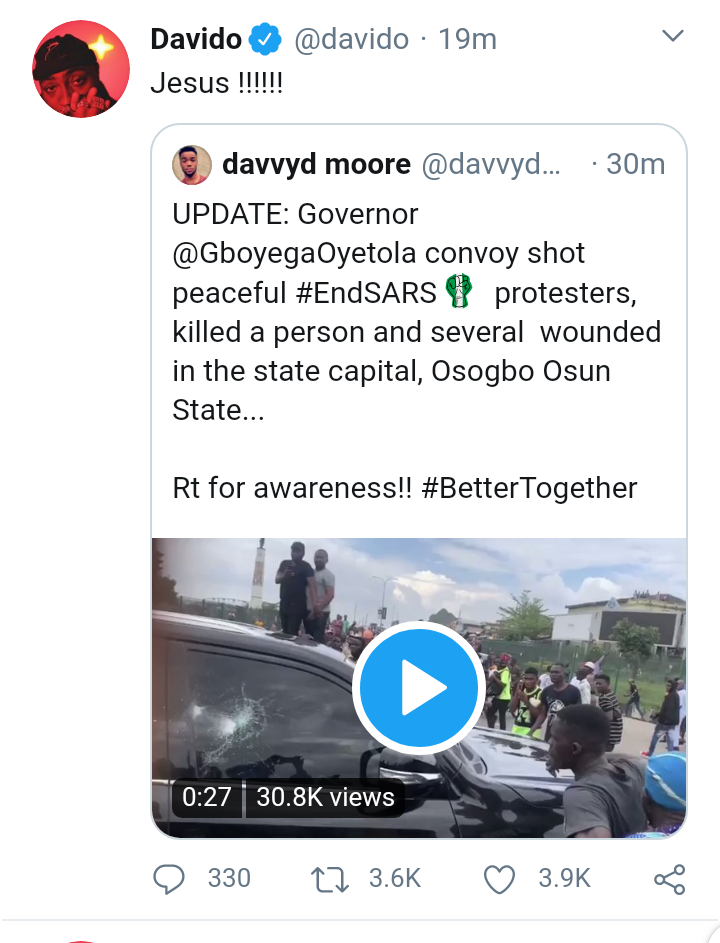 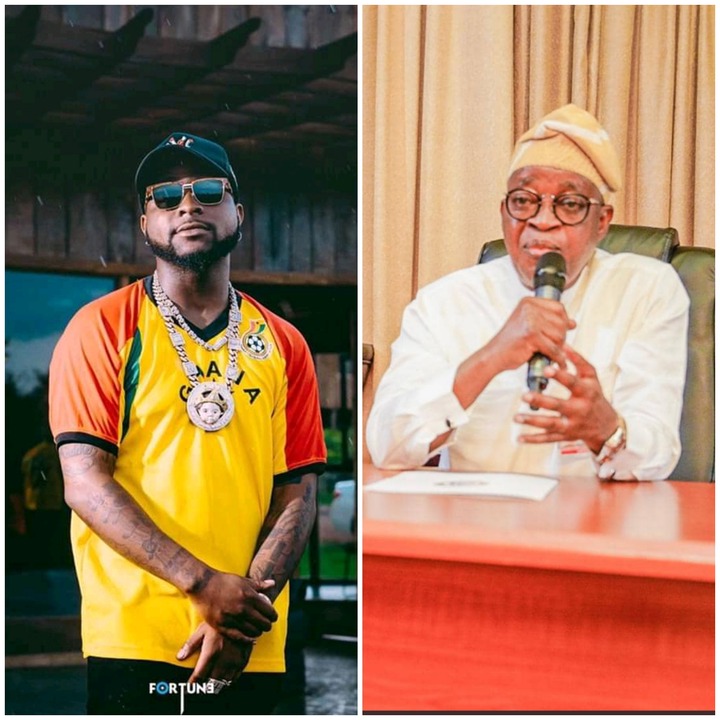 I just pray all these Protest don't turn bloody, and no lived should be lost again. May the soul of those who died during the Protest rest in peace.

gig logistics abuja history of agriculture oil and gas jobs in nigeria wakokin nura m inuwa 2019 youngest professor in the world
Opera News is a free to use platform and the views and opinions expressed herein are solely those of the author and do not represent, reflect or express the views of Opera News. Any/all written content and images displayed are provided by the blogger/author, appear herein as submitted by the blogger/author and are unedited by Opera News. Opera News does not consent to nor does it condone the posting of any content that violates the rights (including the copyrights) of any third party, nor content that may malign, inter alia, any religion, ethnic group, organization, gender, company, or individual. Opera News furthermore does not condone the use of our platform for the purposes encouraging/endorsing hate speech, violation of human rights and/or utterances of a defamatory nature. If the content contained herein violates any of your rights, including those of copyright, and/or violates any the above mentioned factors, you are requested to immediately notify us using via the following email address operanews-external(at)opera.com and/or report the article using the available reporting functionality built into our Platform 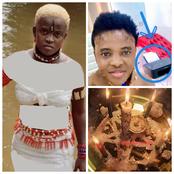 After Southampton beat Everton 2-0 at St Mary's Stadium, This is how The EPL Table Looks Like 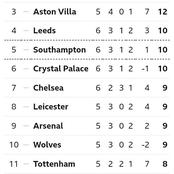 "Woman Are More Beautiful In Suit", Check Out Beautiful Photos Of Female Suits 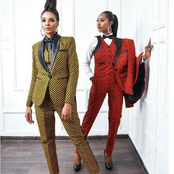 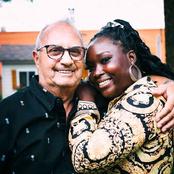 (FICTION) Why are women so heartless. Check out what my wife did to me on our wedding night 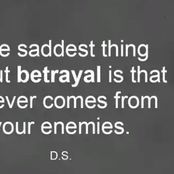 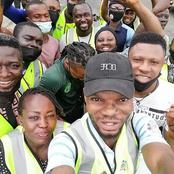 11 most beautiful animals we can't stop staring at - see list 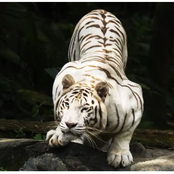 She must be lucky: lady narrowly escaped death after an astray bullet hit her bed 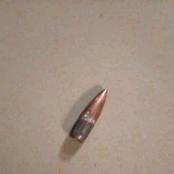 Having Oily Face And Skin?, Do These Daily To Control It. 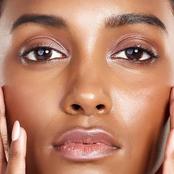 Fashion And Beauty: Check Out Lovely Photos Of The Fashionista Pogba 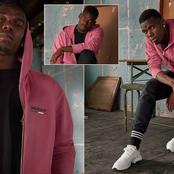