In the checkered history of Nigeria, some characters have come and gone that have left what can be called a permanent blot of their family names. These are individuals who actions and notorious activities left many families in tears and ruins and left the society scarred in a manner that is both psychologically and emotionally traumatizing.

Welcome to the world of Nigeria’s most notorious criminals. 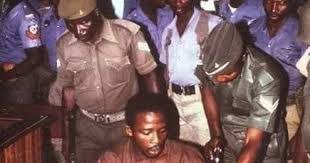 Between 1985 and 1986, one of the most feared name in Bendel State and all the states surrounding it was ‘Ovbigbo the Law’. Lawrence Nomayagbon Anini was the lord and king of the underworld, the notorious armed robber was feared not just by the citizens but even more by the men of the law enforcement, especially the police. Anini was the modern day Robin Hood, he will rob banks and other corporate organizations and go ahead to throw the money in the air at the market. Along with his number two man, Monday Osunbor, Anini terrorized the old Bendel State to no end. So brazen was Anini and his gang that they even attack police stations and hunt down policemen in town, killing them for sport.

Tales even had it that it was from the time of Anini that policemen started wearing mufti on top of their uniform in order to avoid being attacked by him.

So notorious was Anini that his case was said to have been discussed at the Armed Forces Ruling Council meeting held by General Ibrahim Babangida and services chiefs and state military governors. Babangida the then head of state and commander in chief was said to have been so upset by the activities of Anini that he gave the then Inspector General of Police, Etim Inyang an ultimatum to either produce Anini or be ready to leave office.IBB as Babangida was popularly known was said to have thundered at Inyang at one of the meetings ‘Where is Anini’?

But alas, when his time was up, all his famed charms failed him and Anini was arrested where he had gone to visit one of his girlfriends. In the course of his arrest, there was a mild drama that led to one of his legs being shot, the leg would be amputated and Anini went through his armed robbery and murder trial as an amputee. 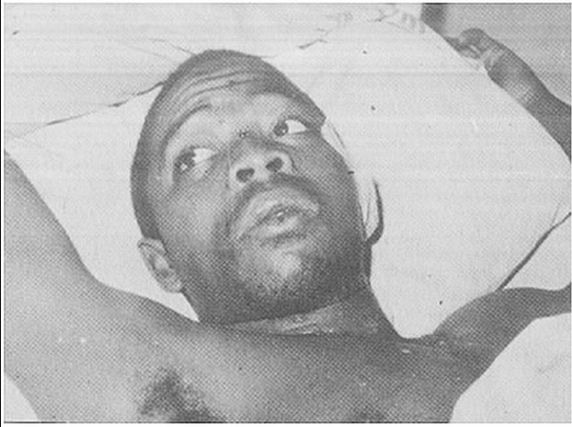 Anini and his gang, including Monday Osunbor and their police informant, and the man who supplies them ammunitions from the police armory, George Iyamu, a Chief Superintendent of Police at the time.

Anini was caught in 1986,his case with the state dragged into 1987 and he was eventually found guilty and sentenced to death by firing squad. On the way to the firing squad, the feared and dreaded Lawrence Nomayagbon ‘Ovbigbo the Law’ Anini wept like a baby, pleading for mercy and promising to turn a new leaf, but it was too late. For his second in command, Monday Osunbor, he was unrepentant and couldn’t be bothered. He had wasted so many lives and he knew the end had come and there was no escaping it.

As A Lady, Here Are 5 Things You Should Never Do For A Man You Are Not Married To