"I was given 500 Naira anytime I killed people"- 19 years old boy arrested over ritual killings. 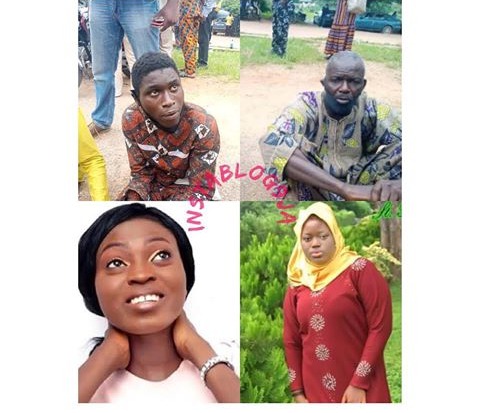 100 days for the thief, one day for the owner of the house, no matter how long it might take, the long arm of the law will eventually catch those who are guilty.

It can be recalled that in the month of June, many woke up to hear that an 18-year-old Barakat Bello has been killed, other killings were also reported, many were in pains and many cried over these deaths.

It has been reported that Sunday Sodipe, a 19 years old boy, has been arrested by the Oyo State Police in connection with the killings of six persons, including Barakat Bello for ritual purposes in Akinyele Local Government Area of the State in June 2020.

The suspect was paraded with one herbalist, Adedokun Ajani, 50, by the State's Commissioner of police Nwachukwu Enwonwu. It was reported that the herbalist was the one who allegedly sends Sodipe to carry out the killings. A 20-year-old, Shehu Usman was also paraded alongside them, he allegedly bought a phone stolen from one of the victims.

 Sodipe, answering questions from journalists admitted that he killed Grace Oshiagu, Mujib Tirimisiyu, a 5-year-old boy, Barakat Bello, smashed the head of Azzezat Aomuyiwa and her daughter, Dolupe, he said it was the phone he stole from Azzezat that he sold to Usman.

He said that he made incantations when his victims lie on the pool of there blood, move around them 3 times and back them for about 5 minutes before leaving.