By Marioofficialblog (self media writer) | 2 years ago 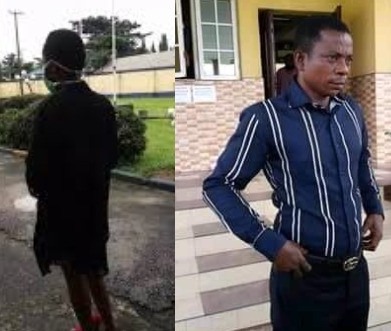 Police officers in Rivers state have apprehended a 47-year-old man whose name is identified as Eromosele Mahmud, for allegedly impregnating his own daughter after sleeping with her over a period of 5 years.

According to reports from the spokesperson of the state police command, Nnamdi Omoni, Mahmud is a father of three children who hails from Edo state but lives in Port Harcourt.

Mahmud confessed that he has been raping his daughter since she was 12-year-old.

He also told the police that his daughter began to enjoy sleeping with him and he was the one who started it. He confessed that he didn’t know what made him to start raping his own daughter. 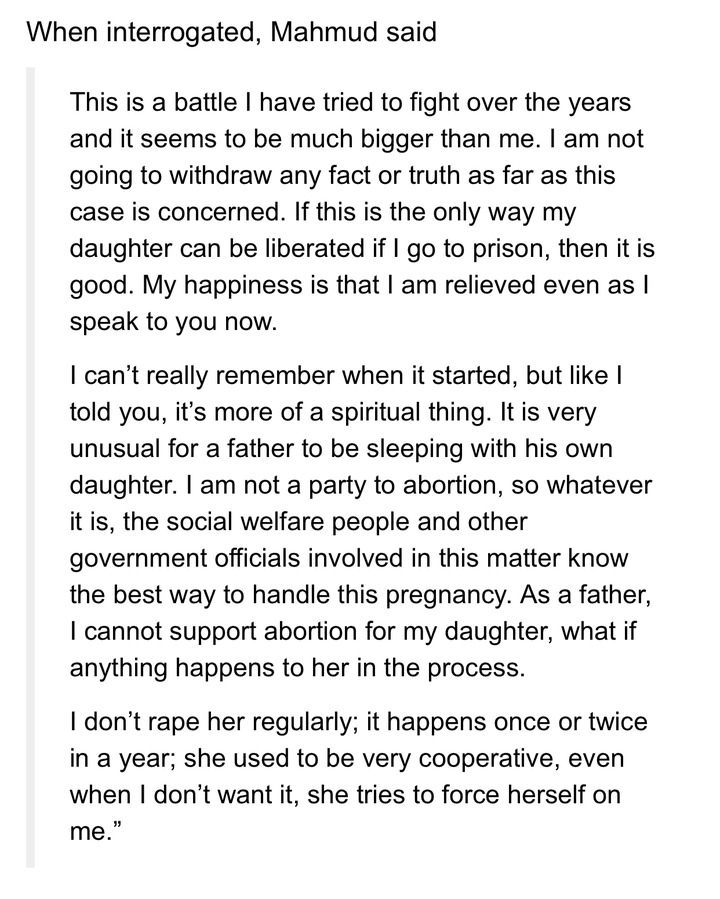 The little girl revealed that her father became aggressive towards her and would stop paying her school fees if she stops sleeping with him. 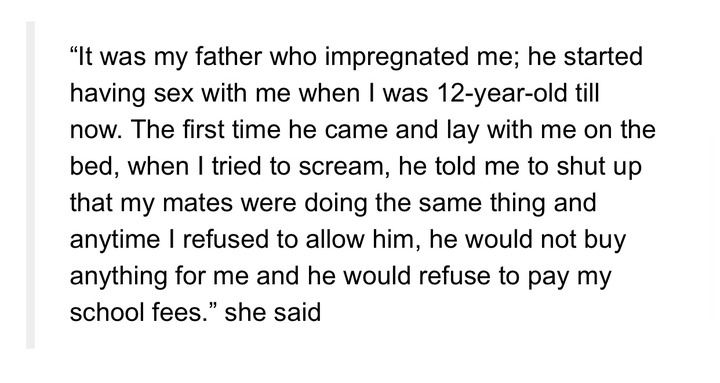 Rivers state police command stated that Eromosele Mahmud would be charged to court as soon as all investigations have been concluded.