Governor of Zamfara State Offers Cows to Bandits in Exchange for AK47 Guns to Bring Back Peace.

By ObiFresh (self meida writer) | 10 months

The menace of armed bandits in Zamfara state may be coming to end soon because the government have developed a strategy to rein in the bandits.

The Governor of the state, Mallam Bello Matawalle has offered to give two cows each to any repentant bandit who will surrender an AK 47 rifle to the authorities. The state has been ravaged by motorcycle riding bandits who attack farming settlements, killing people, kidnapping some others for ransom and also stealing thousands of cattle.

Cattle is highly valued in these communities and herders tribesmen are accused of being behind the attacks, but they say they are the victims here. Governor Matawalle is reported saying that the exchange of cows for guns will help the bandits turn away from the life of crime and violence and become useful to the society.

He added that "These bandits who choose to repent initially sold their cows to buy guns and now that they want a life free of criminality, we are asking them to bring us an AK-47 and get two cows in return, this will empower and encourage them" 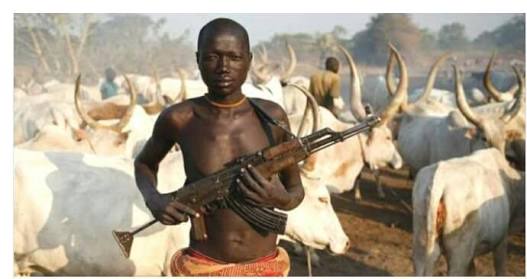 Bandit attacks have resulted in the death of about 8,000 people in Zamfara, Katsina, Sokoto and Kebbi in the last ten years according a report by the International Crisis Group.

Zamfara state is a sharia state, its actually the first state in Nigeria to adopt the sharia legal system fully in the year 2000.

Zamfara state is among the poorest state in Nigeria with 67.5% poverty rate and 54% illiteracy rate.