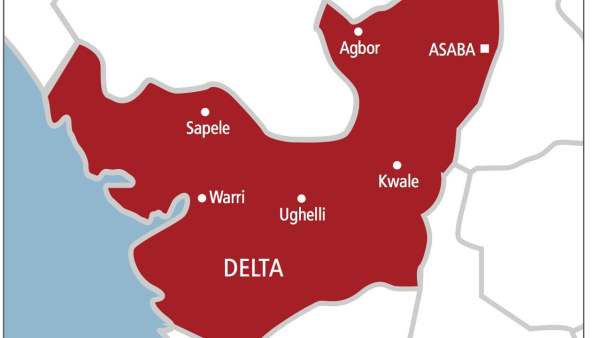 Angry youths in Delta State killed a young man who was came to steal vehicles in the community. The young man, aged 22, was a member of a car snatcher group in Delta State and was given a jungle justice after him and his partner failed to snatch an SUV vehicle from a middle aged man.

This incident happened along Aroh Road of Ughelli, Delta State on Monday around 2:37pm. The owner of the SUV, identified as Mr Atarhe, stopped in front of a building as he was being greeted by a man. The two of them had a conversation for about ten minutes. The two robbers, who had been watching him since he stopped there waited for him to finish talking with the man.

As the man waved Mr Atarhe bye, the two men appeared and ordered him to get out of the car, threatening to shoot him if he disobeyed. The man knowing what will happen, drove off and refused to surrender his car to these thieves. One of the thieves brought out his locally made handgun and shot Mr Atarhe on his left hand.

He managed to get to the nearest police station to report the incident. Meanwhile, the loud bang from the riffle attracted some youths who chased the two robbers. One of the robbers escaped while his partner was caught. Before the police arrived at the scene the thief has already been beaten to death by angry mob.