The Murder of Gokada Co-founder and CEO, Who Else Can We Trust In This World? (Opinion)

By johnolugbemi01 (self media writer) | 2 years ago 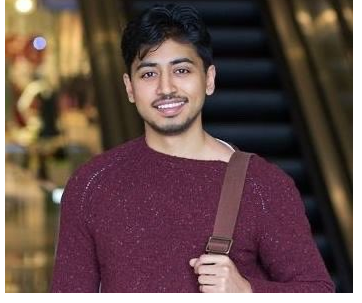 When the corpse of Gokada co-founder and CEO, Fahim Saleh was discovered a few days ago, it not only made major news headlines across the world, it sent shock waves across the entire tech world.

According to reports, the 33 year old was followed into the elevator leading to his $2.25m condo in New York by the assassin who used a taser on him, stabbed him multiple times and thereafter began to decapitate his remains with an electric saw in a manner that has been described as gruesome and brutal. On the day the news broke, many believed the mafia was involved. You would not blame them at all. The way and manner Fahim was killed had the semblance of a killing that could have been carried out by Don Domenico Clericuzio, the infamous character in Mario Puzo's novel, The Godfather.

A passionate entrepreneur and venture capitalist, Fahim revolutionized the logistics industry with Gokada, a motorcycle ride-sharing company that has completed over one million rides since its launch in 2018. 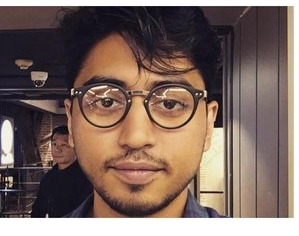 Gokada not only attracted major investments across the world, it provided jobs for thousands of young men and women in Nigeria and enabled them to fend for themselves before it was banned by the Lagos State government in February 2020.

The murder case took another twist on Friday, 17th July 2020 when Investigators announced the arrest of 21 years old Tyrese Devon Haspil as the main suspect in the killing of the Gokada CEO. According to reports by the investigators, Haspil had been working as a Personal Assistant to Fahim right from when he was 16 years old, but Fahim later fired Haspil after he discovered that Haspil had stolen roughly $90,000 from him.

Rather than reporting to the authorities, Fahim simply fired Haspil and went ahead to set up a repayment plan through which Haspil was supposed to pay up the stolen money.

Unfortunately, rather than following the repayment plan, Haspil decided to murder his former boss in a manner that will not be forgotten for several years to come.

If a former employee and personal assistant can do this to his former boss who trusted and shielded him from imprisonment or disgrace, who then can we trust in this wicked world?

For many entrepreneurs and business people, the need to stay sensitive and alert at such a time like this cannot be overemphasized.

According to the famous Yoruba adage, it is only those whom you love that you know, you do not know those that love you. This is to let us know that we can’t afford to lose our guard in whatever we do. Content created and supplied by: johnolugbemi01 (via Opera News )