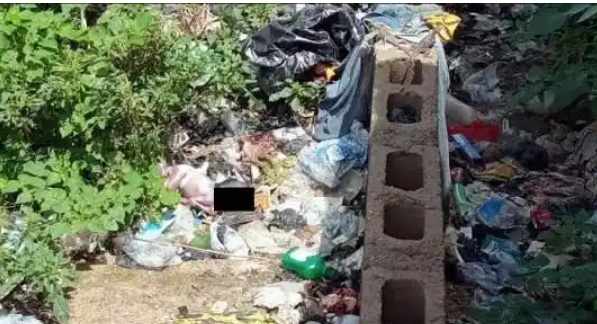 It is said that life is a gift from the Creator, a gift which no creature can give or restore and as such, one has the obligation to cherish, preserve, protect and promote life. This obligation is not restricted to the self but it cuts across all creatures, especially humans. It is also said that we do not appreciate what we have until we lose it. A typical example is the act of abortion or abandoning a baby on the roadside or even in a dump site, whereas there are millions of people who are in dire need of a child and are ready to do anything to have one. Obviously, no human in the right frame of mind would regard such act as moral or good.

However, there is a case of a baby that was seen lying dead with parts of its body rotting in a dump site. The case was reported by a scavenger, Abubakar Idris, who said he was going about his business when he saw the baby, whose umbilical cord and placenta were still attached to the body in Gwallameji, a suburb of Bauchi metropolis. According to Idris, when the baby was seen, he became weak and his body began to shake, he had to sit down to regain himself.

Later on, the attention of Sanusi Sani, the Sarkin (Chief) of Gwallameji was drawn to the matter. For him, such a matter is not a good one because so many people need children, but some are seeing them and abandoning them in a dump site; and the whole community is not happy about such. He also recalled that such had occurred in the past because perhaps, the act must have transpired due to unwanted pregnancy. As such, he has ordered that pregnant women in the community that are not married should be taken note of as a means to trace the suspect when such case arises again. Nevertheless, the matter was further reported to the Public Relations Officer of Police, Bauchi State Command, DSP Ahmed Wakil, who said an investigation has begun to find the person that abandoned the baby in the dump site.

Hmm, what a world! Is it actually possible to find the mother? Many has also seen or encountered such situation, how was the situation resolved? Please share with us..

Content created and supplied by: ~Kenny~ (via Opera News )