By Michealss (self media writer) | 2 years ago 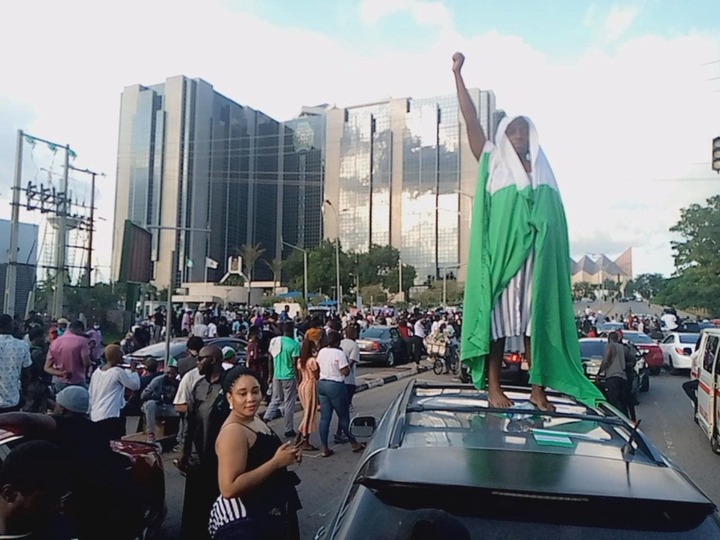 Eyewitness have noted how Smugglers were having a carefree ride at Mile2/Seme expressway, Lagos, moving large quantities of important goods that has been banned from entering the country.

Eyewitness have gathered that as a result of the #ENDSARS protest by the Nigerian youth across the country and the resultant civil unrest that has emanated from it, important security personnels such as Nigeria Custom service( NIS), the Nigerian Immigration Service (NIS) and the police have all vacated the route. And this could be as a result of some hoodlums who have disguised themselves and have taken it upon themselves to attack the police.

Eyewitnesses have reported that people have taken advantage of the situation to smuggle in goods from Cotonou, a neighboring country even after the partial ban enforced by the federal government on the closure of the border.

Another source has also reported that people came from far and near to take advantage of the protest and the resultant civil unrest and even the absence of security personnels on the route to smuggle out large quantities of goods out of the country.

While all of these were going on, looters were also seen at the Nigerian Custom check point, Agbara, carting away confiscated goods and subsequently setting the office ablaze.

Some bystanders have reported that while these hoodlums were approaching the checkpoint, the security personnels on duty were seen fleeing the scene.

Some concerned citizens have expressed themselves stating that the goods looted at the Nigerian Custom check point might not have anything to do with the protest.

Content created and supplied by: Michealss (via Opera News )