A woman cut off her husband's manhood and explained why she did it.

By SEGUNOPERA (self media writer) | 2 years ago

John Bobbitt and Lorena Bobbitt got married on 17th June 1989.

Lorena, who is an immigrant from Ecuador said John had always beat, sodomized and raped her right from the time they got married. She also told the police that John had stolen her money and insulted her numbers time. 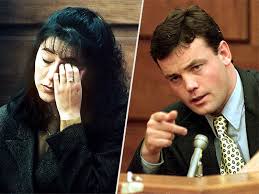 On the 23rd of June 1993,in Virginia, Lorena said in court that her husband raped her that evening before she severed his penis. After John had raped Lorena that evening,he went to bed together with his wife.

After some hours, Lorena jumped out of bed and headed straight to the kitchen to have a glass of water but on getting to the kitchen and sighting an 8cm long knife,she took it and stormed in to the room where she cut off John's manhood. Lorena Bobbitt was the one who called 911 and explained what happened to the police. The police took John to the hospital where an operation was done to join his penis together. The operation took Mine and half hours before it was successful.

Lorena told the police when she was arrested that John was always being selfish, she said he always have orgasm but doesn't wait for her to have orgasm. 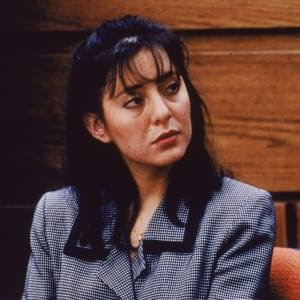 Although John denied all the allegations filed against him, but most of his words were in contrast and contrary to the facts already known about him.

Lorena was later found not guilty and was discharged based on the ground that she was suffering from mental disorder and truma caused by John's attitude towards her and could not be held responsible for her actions,caused by this truma or mental disorder.

What do think about her action and this judgement? Drop your veiws in the comment box below .

Content created and supplied by: SEGUNOPERA (via Opera News )