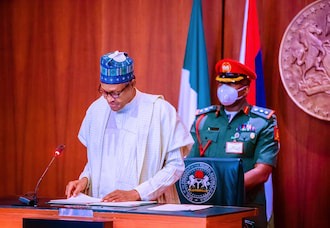 1. The president urged Nigerians to use the occasion to reflect on the virtues of the Holy Prophet by showing love and understanding for fellow citizens while exhibiting patience, honesty, sincerity, kindness and generosity in all their undertakings.

2. Making reference to the massive violence and mindless looting experienced across the country after some hoodlums hijacked the #EndSARS protest, President Buhari urged the Nigerian youths to "shun all negative tendencies".

3. President Buhari vowed to ensure all those who were involved in the mindless looting of public and private properties across the country are brought to justice.

4. Also, the president addressed one of the demands of the #EndSARS protesters in the message.

5. On coronavirus, President Buhari noted that Nigeria has so far managed the problem successfully by keeping the numbers as low as possible.

He also advised all citizens to continue to observe the COVID-19 protocols of social distancing, wearing of face masks and washing of hands. 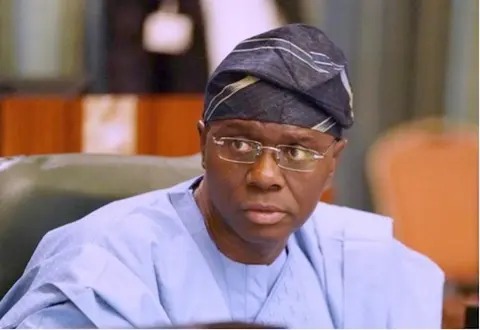 Police officers lynched in the wake of the violence instigated by the nationwide youth demonstration against police brutality will not die in vain, Lagos State Governor, Mr. Babajide Sanwo-Olu, has pledged.

The state government, yesterday, directed Lagos State Scholarship Board to award scholarships to the children of the slain officers up to the university level.

In spite of the loss, the police said they remained undeterred in performing their constitutional duties.

Sanwo-Olu yesterday, made the offer to take the bill of replacing the logistics lost by the police when he visited the Command Headquarters in Ikeja to boost the morale of officers, following the demoralising events of the past week in which police officers and their stations were targeted by hoodlums.

The governor got the assurance of the police’s commitment to strengthen security across the state from the Commissioner of Police, Mr. Hakeem Odumosu.

Sanwo-Olu said the statutory duties of the Police could not be wished away because of the actions of a few bad eggs, noting that the impact of the police officers’ absence on the roads was generally felt by residents.

He said the State must put the event of the past week behind it and move on to restore peace across the communities. 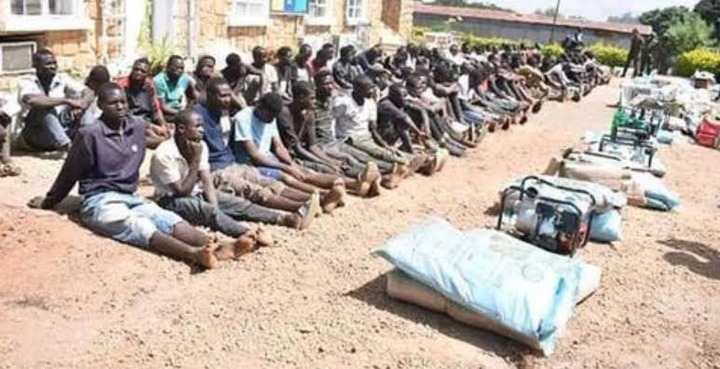 POLICE authorities in nine states on Wednesday paraded more than 400 more suspects for killing, looting and arson that trailed the #EndSARS protests across the country.

The Police in the Federal Capital Territory (FCT) arraigned 218 suspects in six mobile courts for their alleged involvement in looting at Kuje, Gwagwalada, Jabi , Idu and the National Youth Service Corps (NYSC) Orientation Camp in Kubwa.

Twenty six of the 420 paraded suspects were alleged to be involved in the killing of 10 officers of the Oyo and Anambra State Police commands. They were also said to have participated in the burning of 11 police stations in the two states.

One of the nine suspects in Oyo State, confessed to have stolen two cartons of beer and a generator from the Iseyin Police Station. The Police in Anambra State paraded 17 suspects.

Mariam, in a statement said: “Within the last 48hours, the command has arrested and arraigned a total of 201 suspected looters, including women and made recoveries of some looted items, at the National Youth Service Corps (NYSC) Orientation Camp – Kubwa, Kuje, Gwagwalada,Jabi and Idu. All the suspects were arraigned before six mobile courts on Wednesday, 28th October, 2020.”

Ciroma during an inspection of companies and warehouses vandalised in Idu with FCT Minister Muhammed Bello, said: “79 suspects have so far been arrested in connection with the looting and vandalism.”

Ibadan, a suspect, Raheem Toheeb, said he shared two the cartons of beer he took from the Iseyin Police Station last week among #EndSARS protesters during the protest.

The 28-year old Toheeb also said he returned a generator he carted away from the station after the youth leader in the town directed that all looted items be sent back. 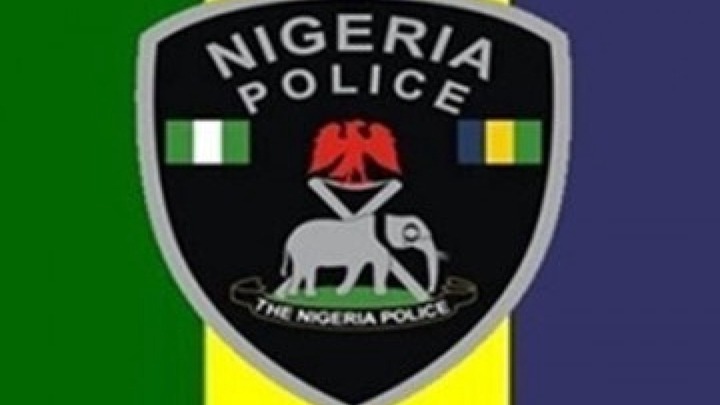 The Commissioner of Police, Ahmad Abdurrahman, said this when he paraded before newsmen, 23 suspects arrested for their alleged roles in the violence.

The Commissioner of Police, Ahmad Abdurrahman, said this on Wednesday when he paraded before newsmen, 23 suspects arrested for their alleged roles in the violence.

Abdurrahman said the command recovered 13 machetes, a bag containing 36 mobile phones, charms, a gun and N26,175 cash from the suspects.

He said the suspects were arrested in different parts of Enugu metropolis during the protest.

The police boss also alleged that the hoodlums burnt down at least five police stations and other properties.

He said, “Emene Police Station was razed down along with two operational Hilux Vans and other vehicles and exhibits. 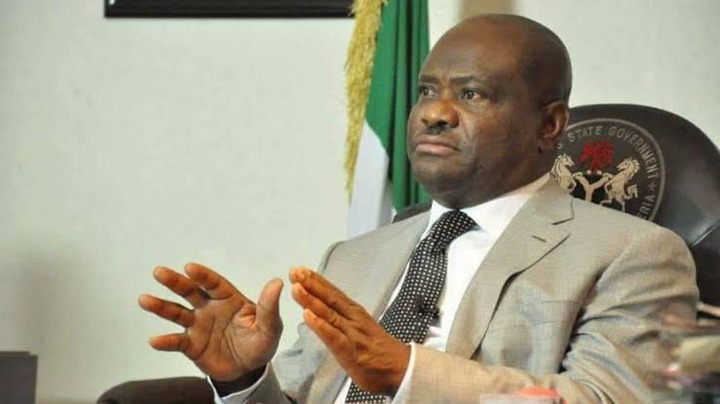 Governor Nyesom Wike of Rivers State has described the Indigenous Peoples of Biafra (IPOB) as a terrorist group and signed an executive order to reinforce the ban on IPOB its activities in the state.

He made this known in a statement by Mr. Kelvin Ebiri, Special Assistant (Media) to the governor.

Ebiri stated that the governor, in a broadcast on Wednesday night in Port Harcourt, maintained that Rivers remains the home to all tribes and ethnic nationalities.

He said that the government acknowledges and appreciates the enormous contributions from non-indigenes to the political, social and economic development of the State.

According to the statement, the State Government will neither accept nor allow any individual or group from within and outside to violate the peace, endanger lives and property under any guise.

It stated: “the state government is opposed to the presence and activities of the legally-proscribed and anarchic IPOB and whatever it stands for in Rivers State.

“And so, let it be understood that we have nothing against all or any specific tribe and will continue to live in peace with people of all other tribal extractions residing or doing business in Rivers State.

“But we have everything against the presence and activities of the legally-proscribed IPOB and whatever that group stands for in Rivers State.

“I have, therefore, signed the executive order to reinforce the total ban on IPOB and its activities in Rivers State or any part thereof and nothing will stop us from enforcing this ban in its entirety,’’ he said.

The statement also added that Wike also “directed security agencies and the chairmen of local government areas to fish out and resolutely deal with any member of IPOB found in any community following the executive order and other legal instruments’’.