After I Escaped Boko Haram's Costudy, Soldiers Helped Me To Re-unite With My Family, Woman Narrates 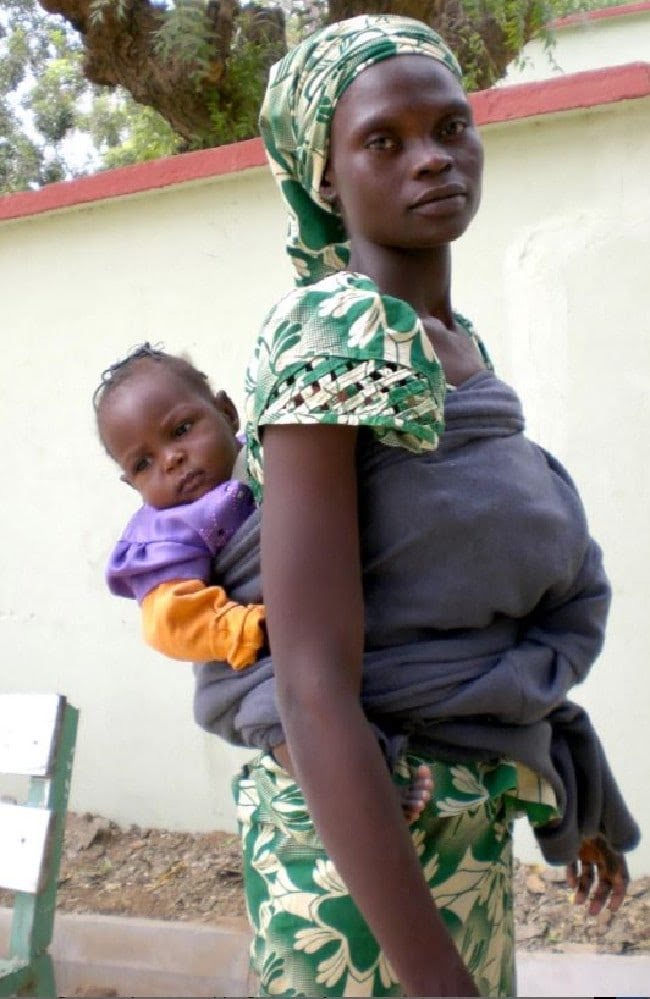 I met this lady in an internal displaced persons camp and I confronted her, also I asked of her previous life, and she narrated everything to me.

He name is Patricia, she had a secret, she was pregnant. The middle aged Nigerian woman and her husband had conceived just before Boko Haram militants had raided her village, kidnapping the women and wasting many of the men.

When another woman was discovered with a baby bump, one of the terrorists threw her to the ground and cut the foetus out with a machete, leaving the woman to bleeed till she passed away

The mother of one, witnessed beheadings and was served victims meat to eat. Still, she survived and gave birth to her daughter.

Also, she had already been married twice, sold by her father both times for a goat and a cow when Boko Haram arrived at her village in Bama. Her first husband had died at the hands of the militants.

When the militants came again, she was rounded up with other women to a Boko Haram encampment.

When her captors moved her to a second camp a few days later, she witnessed their evil first-hand.

The woman was starving and ready to bite into what she thought was meat when another woman warned her:

That’s human flesh, but she didn’t believe it at first, until she saw the ritual wasting of their own men deemed as traitors, accused of deliberately missing their targets in battle.

She watched horrified incidents, one night as a Boko Haram fighter hacked off the head of another fighter with a machete.

She saw some fighters dragging the man’s body away. They brought it to the kitchens. Really. Then they stripped it and hacked it into pieces.

She did not eat the soup, she says, instead surviving on very little by foraging for edible plants whenever she was sent to collect firewood. She says she witnessed eight such executions in the camp.

One day, one of the Boko Haram members watched hee praying and said to her: “You’re doing exactly the right thing; do some praying for me, too.”

He told her that he had taken part in so many attacks, and fought so many battles, but he didn’t fight with enough vengeance and knew that he was slated to be killed soon.

On the day of his execution, he was given the job of leading a group of women to collect water at a nearby stream.

He called Patricia to join them and after they collected the water, they all kept walking out of the camp, making an escape, not stopping until they reached Bama local government, that's her hometown.

After she had escaped, Nigerian soldiers took her to an accessment center, gave her food and water.

After she had recovered alot, they asked her some questions about her life in the bush, she told them everything.

Later they searched for her family and soon she was reunited with her husband, and his other wife and children, who were amazingly still alive.