Mother Of Girl Tortured By Deaconess Says A Stick Was Inserted In Her Daughter's Private Part.

By RaeWrites (self media writer) | 2 years ago

Sarah Micheal, the mother of princess the 14 years old girl who was tortured by a Deaconess reveals how her daughter was rescued. 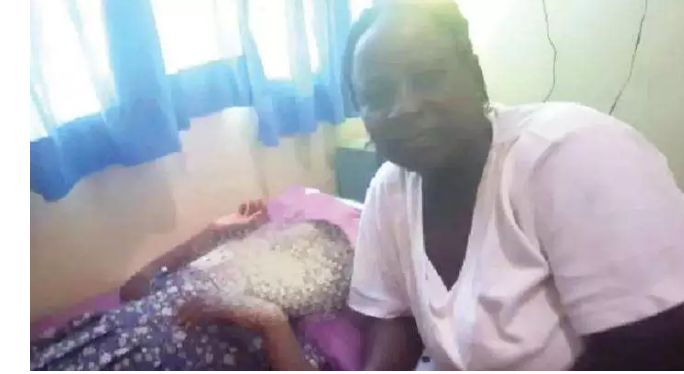 Mr Michael offered to collect his daughter since her guardian was complaining. when they went to pick her up, they were denied entry because Mrs Awolola said there was coronavirus pandemic and no one was allowed into her house. After being denied their daughter the parents went home and discussed with a relative who got very angry at Mrs Awolola and told her she had 6 hours to return the girl.

When Sarah Micheal saw her daughter on the 8th of July, Mrs Sarah said she had bruises all over her face and upon careful examination, she wept when she saw the state of the rest of the girl's body. The doctor said that princess will have stitches because of the stick inserted into the girl's vagina. Mrs Awolola claims it's the work of the devil and promises to foot all the hospital bills.

Mrs Sarah Micheal states that she regret sending her daughter to live with someone. When asked the type of Justice she wants metted on Mrs Awolola, she says that she stands with her daughter and is ok with whatever justice Princess deems right.

Thank you for reading please tell us what you think in the comments section below.

Content created and supplied by: RaeWrites (via Opera News )