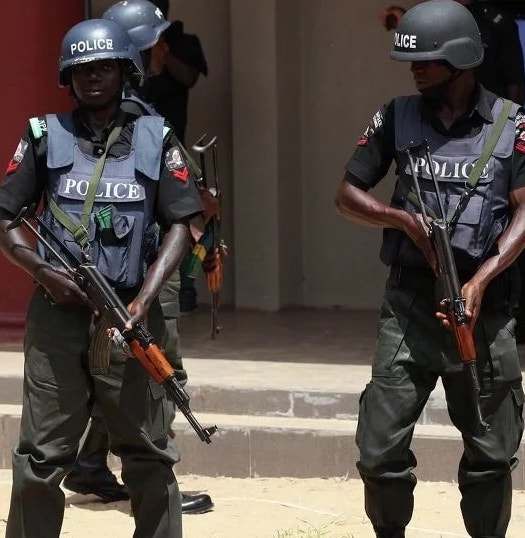 The Police in Imo state have arrested suspected armed robber who murdered a serving office of the Nigeria Police and buried his remain in a shallow grave.

CP Isaac Akinmoyede, the state Commissioner of Police who paraded the suspects in Owerri at the command headquarters gave the name of the suspects as Chinnor Amadi ‘M’ 27, Eze Odu ‘M’ aka Ezebu N’afor 25, Chinedu ‘M’ 23 and Amadi Francis ‘M’ 20 all indegene of Ihie Ohaji/Egbema LGA of Imo State.

The Police boss said the operation was led by CSP Victor Godfrey, the SARS Commander in the state, the diligent operation led to the arrest of the prime suspects, Chinedu who happened to be a strong member of the notorious outlawed Late Chijioke Onyeze aka Bracket gang.

In his words Isaac said:

“Three suspects were earlier arrested by SARS operatives who are currently undergoing investigation. It is important to note that on July 6, the group killed Obioma Iheka, muredered Maduakolam Nwoguzo on May14, Alozie Amadi on July 4, among others".

CP Isaac said the suspects narrated how they murdered a serving policeman and buried him in a shallow grave. Also paraded are two fleeing members of the gang that master minded the kidnapped America returnees in December 2019.

Isaac said Henry Ajakwara, 36 and Favour Uwalaka, 28 were apprehended by the operatives of the Special Anti- Robbery Squad after they engaged them in a gun duel.

He said the suspect has been on the wanted list of the police since December 2019 after they robbed and kidnapped three America returnees around Concorde Hotel in Owerri, saying four members of the gang were apprehended but others fled.

The Commissioner said the all the suspects have confessed to their crimes, Akinmoyede disclosed that the suspects will soon be charged to court immediately investigation is completed on their activities.

The command also appealed to member of the public to give us useful information that will help the police do their job effectively.