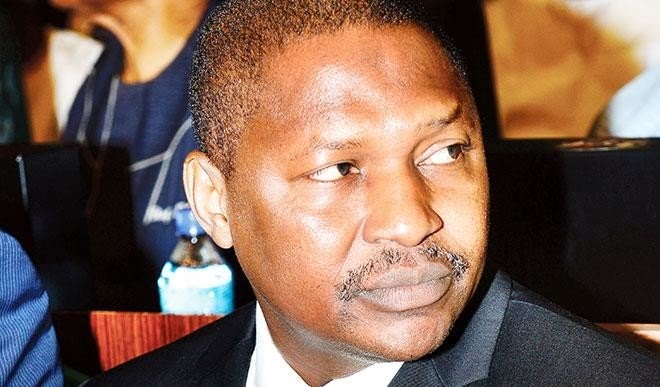 A lawyer, Kabir Akingbolu, has called on President Muhammadu Buhari to arrest the Minister of Justice, Abubakar Malami SAN for allegedly approval of illegal crude oil and Diesel.

AGF Malami orders Omo-Jah Nigeria Ltd. to sell the seized crude oil despite the company is accused of stealing 12,000 barrels of crude oil which is currently pending in court.

He said since the company had not been arrested, it was alleged that there was nothing wrong with the sale of the crude oil.

However, the minister responded to allegations of illegal crude oil sales.

The minister cited 23 reasons, challenging Sahara Reporters and Punch Nigeria to defend themselves against the allegations.

Abubakar Malami has stated that he did not sign the approval illegally, saying that his approval to Omoh Jay Nig Ltd was in accordance with the law.

He also challenged Sahara Reporters, saying he had given her seven days to delete their post or take them to court.

The lawyer said that since Abubakar Malami had admitted that he had ordered the sale of the crude oil without the approval of the EFCC, he should be arrested and investigated.

The Minister of Justice has come under fire these days, according to Sahara Reporters, which published a picture of a mansion allegedly bought by a Minister with the worth of N300 million in the Federal Capital Territory.

The Minister's son is also accused of driving luxury cars worth N30 million, and building a park for his children worth more than N1 billion in Kebbi State.

Sahara Reporters further accused him with using 6 expensive private jets to take his family home after concluding wedding of his son in Kano.

Even yesterday night, Sahara Reporters posted a video of an unfinished building on their Facebook page. The hotel is said to be owned by Justice Minister Abubakar Malami in Jabi, Abuja. The newspaper said someone close to the minister had informed them of this.