By InspiredMind (self media writer) | 1 year ago A federal High Court in Kataina has sentenced 12 of the 42 Nigeeians that were deported from Niger Republic, for illegal entry into the Republic of Niger. The 42 Nigerians, were among those who were going through Niger enroute Europe. Recall that many Africans seeking to get to Europe through the Sea, have severally drown as they undertake to cross the sea from North Africa nations to Europe. According to James, the spokesman of the NIS, these Nigerians were deported to through the Kongolam Control Post, after being found to have evaded immigration clearance, to illegally enter into Niger by their immigration officials. And he revealed that the 42 persons were between 18 and 35 years.

He disclosed that the affected Nigerians, between 18 and 35 years, evaded immigration clearance and crossed the border to enter into the Republic of Niger. However, delivering judgement on the matter, Justice Hadiza Shagari, directed that the accused should either pay N50, 000 fine or be remanded in the correctional centre for three months. While only 12 of the 42 have been sentenced, the remaining 30 are expected to be put on trial, once the charges against them are completed. 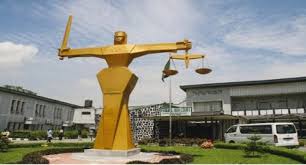 While all nations forbids illegal entry into their nations, it is however laughable that Niger Republic of all nations is deporting Nigerians, when we have thousands of Niger citizens illegally resident in Nigeria, particularly the northern part of the country. Another despicable angle is the fact that the deported Nigerians, than the government trying to rehabilitate them and reorient them, to discourage them from embarking on such very risky journey to Europe, they are instead being sentenced; which goes to show the value the Nigerian government attach to human life.

You can reach me via [email protected]

Content created and supplied by: InspiredMind (via Opera News )